Six-year-old Charlie was dressed as a butcher, while her sister Maya appeared to be headless. 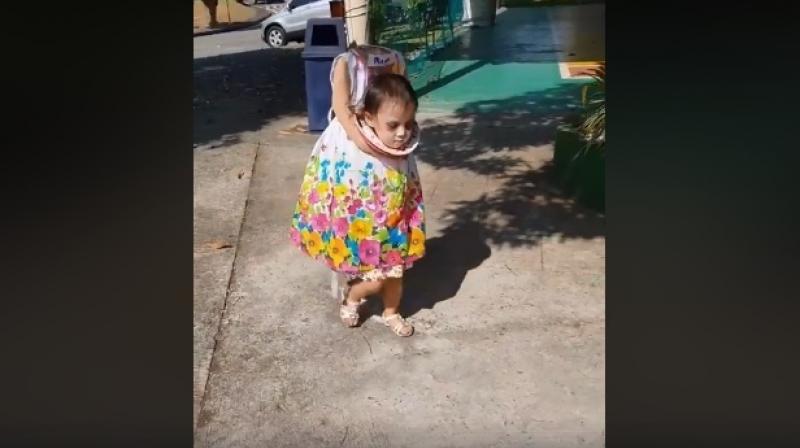 Krystel uploaded a couple of videos of her daughter to Facebook on Friday, which has, since then, gone viral.

A two-year-old has taken social media by storm with her extremely creepy headless Halloween costume.

Six-year-old Charlie was dressed as a butcher, while her sister Maya appeared to be headless.

Proud Krystel uploaded a couple of videos of her daughter to Facebook on Friday, which has, since then, gone viral.

The video has garnered 17 million views and shows Maya walking down the street in her headless costume.

It is so convincing that people have been commenting with one user Giselle Fernandez Silva saying, “This is amazing! I'm tired of princesses, super heroes and other costumes which don’t make sense.”

Another Melissa Das said, “That’s awesome. Best costume ever. And then they put her treats in her neck.”

One user commented, “That's the coolest costume ever thanks for the idea,” while Angela Hussey said,” I saw that yesterday, it took me a while to figure out the proportions cause this looked legit.”

The video of the duo continue to go viral.