New mom Sania was groggy for most part of her big day, given the C-section she has been through to bring her bundle of joy into the world. 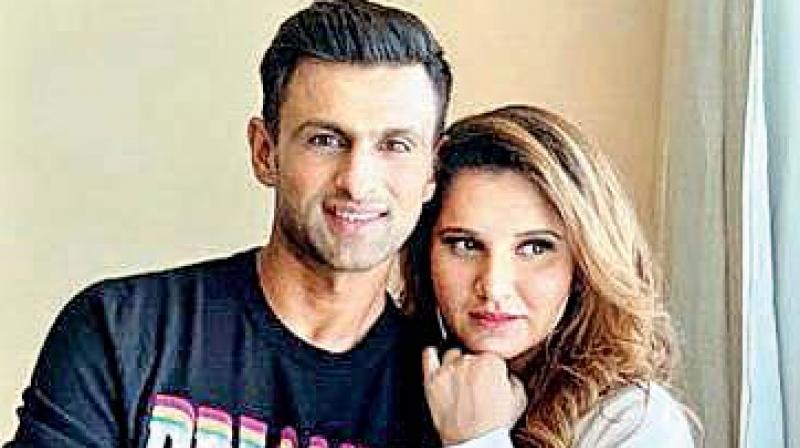 Tennis star Sania Mirza has delivered another ace, albeit at a city hospital, on Tuesday. Just born Izhaan Mirza Malik weighing a very healthy 3.52 kgs at birth will be the most talked about boy around the sporting world in the days to come.

It could be a while before the world gets to see him though. New parents Sania and her cricketer husband Shoaib Malik are a bit picky and don’t want to post the picture of their son for a month at least.

Much like his sporting parents, Izhaan is an early bird – he was born at 6.20 am and is doing very well. New mom Sania was groggy for most part of her big day, given the C-section she has been through to bring her bundle of joy into the world. She is progressing well and will be at the hospital for four or five more days. Sania was admitted to the hospital on Monday.

First impressions, “the boy has a close resemblance to (Sania’s younger sister) Anam, who looked the same when she was born – especially with the nose and the face cut,” Sania’s father Imran told this newspaper. Their names too match. “Izhaan and Anam both mean the same – God’s gift,” Imran explained.

Anam is excited as well. “Gosh! I’ve become an aunt already. Feel old now,” the 23-year-old laughed. She posted a caricature on her Instagram account that had “I’m a Khaala” written on her shirt.

Imran was doubly delighted. “I was the only one in the house who wanted a boy. Everyone else – Sania, Shoaib, Nasima (Sania’s mother) and Anam were looking forward to a girl.

I told Sania that I’ve had enough of girl problems in the house,” he burst out.

Shoaib Malik came down to the city from the United Arab Emirates where Pakistan are playing a cricket series with New Zealand. He will leave on Tuesday night for the first Twenty20 match to be played in Abu Dhabi on Wednesday. “Excited to announce: It’s a boy, and my girl is doing great and keeping strong as usual #Alhumdulilah. Thank you for the wishes and Duas, we are humbled,” he wrote on Twitter.

It remains to be seen whether Izhaan picks up a tennis racquet or a cricket bat when he grows up.