The study analysed the anatomic, behavioural and paleontological data of lemurs along with climate data. 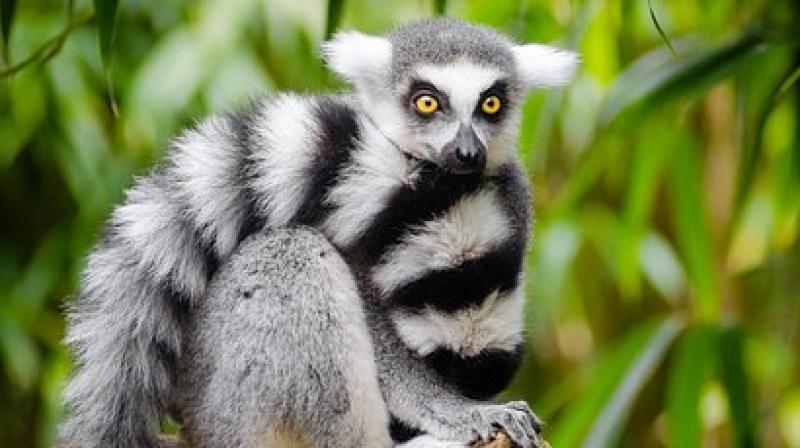 The findings may have implications for understanding the fate of bamboo-feeding giant pandas, too. (Photo: Pixabay)

Climate changes may be forcing bamboo lemurs - one of the most endangered primate species on Earth - to change their dietary habits, causing them to slowly starve, an international study warns.

The study, published in the journal Current Biology, analysed the anatomic, behavioural and paleontological data of lemurs along with climate data.

Lemurs almost exclusively eat a single species of bamboo, including the woody trunk, known as culm.

However, they prefer the more nutritious and tender bamboo shoots and use their specialised teeth to gnaw on culm only when necessary, during the dry season.

Researchers suggest that as Earths climate changes, bamboo lemurs will gradually be forced to eat culm for longer periods and this could slowly starve them.

"For extreme feeding specialists like the greater bamboo lemur, climate change can be a stealthy killer," said Patricia Wright at Stony Brook University in the US.

"Making the lemurs rely on a suboptimal part of their food for just a bit longer may be enough to tip the balance from existence to extinction," Wright said.

Wright and her colleagues from Finland and Australia first showed that the greater bamboo lemurs are equipped with highly complex and specialised teeth, just like giant pandas - the only other mammal capable of feeding on culm.

These teeth make it possible for them to consume and survive on woody culm for parts of the year, researchers said.

The team spent hours watching them in their natural habitat in Madagascars Ranomafana National Park over a period of 18 months.

Researchers collected more than 2,000 feeding observations in total. Those data showed that the lemurs spend 95 per cent of their feeding time eating a single species of woody bamboo.

However, they only eat the culm from August to November, when dry conditions make tender shoots unavailable, researchers said.

Climate models suggest that the areas where the lemurs currently are found are likely to experience longer and longer dry seasons in the future. As the lemurs are left with only culm to eat for longer periods, it could put their survival at risk, they said.

The findings may have implications for understanding the fate of bamboo-feeding giant pandas, too. Giant pandas are threatened by deforestation and changes in the distribution of bamboo.

However, the new data suggest that a changing climate may also endanger bamboo feeders in a more subtle way, by affecting the seasonal availability of preferred and more nutritious bamboo parts.