Jan Jens - The opportunist will now be featured in the Bollywood

To become a self made personality after understanding the value of being born in a rich family, is a milestone to have achieved. 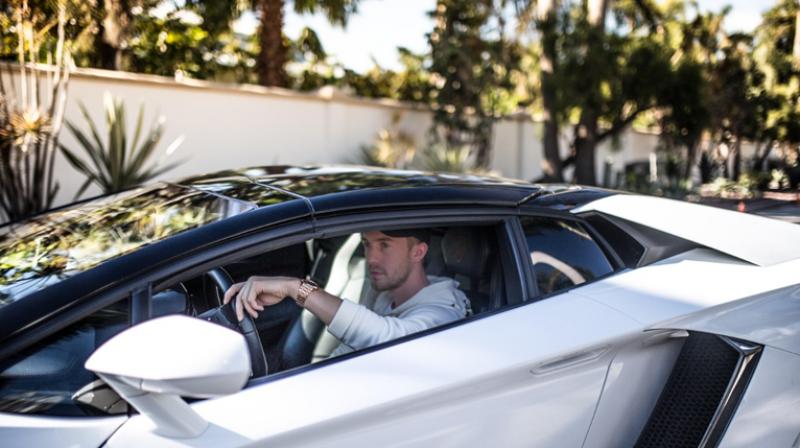 To become a self made personality after understanding the value of being born in a rich family, is a milestone to have achieved. Jan Jens has been one of most richest Entrepreneurs in his field of profession yet humble and striving to become the best of all. He has also achieved a great escalation in the field of movies and music. His clientele has given him a great boost in this field.

Jan Jens have been very persistent regarding him fitness and his looks as well. He wants to work as a professional in the field of entertainment as well. Being a businessman has not raised any hurdles for him when it comes to make raining his health and physique. To have a recognition in this is highly valued as well as appreciated. Having said that, Jan’s have had a great social circle through his venture of renting Villas to the celebrities like Leonardo Dicaprio, Justin Beiber, Drake, Mark Wahlberg etc.

Jan believes that when it comes to a prospect of growth, sky is the limit. He aspires to start a web series that would highlight his lifestyle and his work culture as well. He has worked on his acting skills mingling with the Stars in pathway of profession. Since he is a rich man today, who could grab as many opportunities he could along the way, he wants to explore the possibility of the entertainment industry. He has the resources as well as social compatibility that is needed to comply with when working in the entertainment industry.

Jan is very compassionate and also compatible with the Bollywood industry. Since he is wealthy and has useful resources in the field, he believes he can make a mark with abilities his creativity. Working in a web series would give his a larger platform to communicate with other clients as well as a huge number of audience. Jan has also taken the advantage of his own working ethics and culture. He understands that he must enjoy his work being passionate, rather than only earning revenues.

Jan Jens was son to a rich father, who was into a construction business. He had seen all sorts of comfort in life but his goal to make something of his own, changed everything his parents or he himself had planned earlier. He dropped out of high school when he realized that his dreams need a diversion from what the normal education system taught. Today he is the owner of company named Jatina Group in Miami. They rent villas to celebrities and cater to their needs. They provide all kinds of high end services and have managed to gain the most prestigious compliments from them all. Jan believes that his work should bring him revenue but it must keep his customers happy and contended.

Since Jan rents more than fifty mansions in Miami and all of them are at its best, he rents his mansion to the production houses as well. It is quite brave and intimidating at the same time, to understand how one individual is blessed to have the compassion for work and contribution to society in a manner at the same time.

Being amidst such personalities, Jan’s have had the golden opportunity to understand how he could invest better in the field of entertainment and Bollywood. His work has been highly appreciated by the high-profile clientele that he approaches. Jan Jens and his ethics are a complete guideline to people who want to work their way out of stereotypes. He has achieved what he always planned for and he still aspires to attain lot more.