Change is the only constant: Pascal Finette

My personal goal is to support everyone who is playing in this ecosystem and building something which really matters, says Finette. 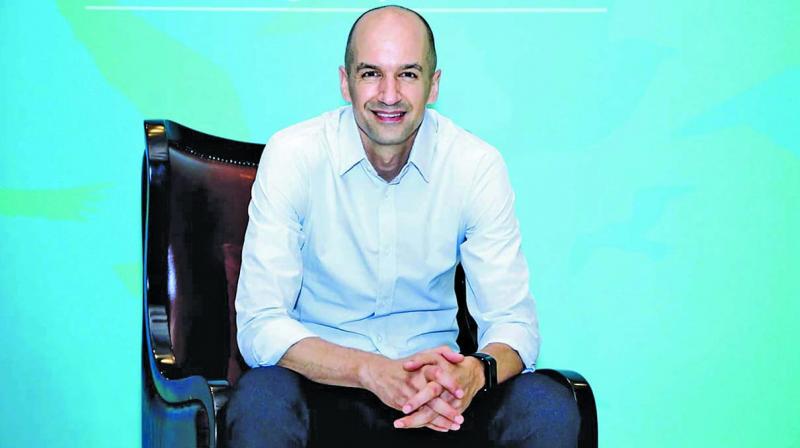 Pascal Finette, Co-Founder ‘be radical’, SingularityU’s Chair for Entrepreneurship & Open Innovation, was in India for a seminar on ‘Thriving in Exponential Times’.

A globally-renowned and acclaimed public speaker, Pascal Finette has been covering various topics from digitisation, technology trends, leadership, and entrepreneurship, in workshops and executive roundtables along with lectures at several acclaimed universities and businesses schools around the world.

Change is the only constant
Pascal loves to work with changemakers who want to, and can, make things better. Always pushing the boundaries of technology, Pascal believes that change is an absolute constant in today’s world, “Everything is changing faster after than ever before! Just think about how powerful computers have become just in the last couple of years and as we know them from slower than doubling in the capacity every two years”, he say animatedly. “The most important thing to understand that change in technology typically moves on an exponential curve.

We as humans are really not equipped to understand the exponential in us and we need to educate ourselves on this”.

Pascal got started on the net even before there was a web browser, founded a series of technology startups, and launched a consulting firm helping entrepreneurs with their strategy & operations.

“I never planned for this and in hindsight my resume looks great. Every time I was in the moment when I made a decision to leave one company and start my next, it never really made a lot of sense. The predominant factor for me always was, ‘Is this the opportunity which presents itself to me?’ So I just focused on the learning and had fun with that”.

What lies ahead?
“My personal goal is to support everyone who is playing in this ecosystem and building something which really matters”, he says. “Most of my work focuses on supporting the organisations to make sure that they are seeing the change and act accordingly, and make sure the people in companies and employees prosper in this new world. But at the same time, we want to support and encourage new founders, startups and entrepreneurs to create organisations with an aim to tackle the biggest problems in the world.”

The Indian experience
“When I came to India and interacted with a lot of young entrepreneurs, I was impressed on how incredibly well educated a lot of them are, how tenacious they are and how much grip they have”, he remarks. Comparing Indian entrepreneurs with American, Pascal remarks, “Many have never had to go through a lot of the complicated circumstances that I have seen a lot of entrepreneurs here go through”.

“Chennai especially, feels to be a really good place to start and build something meaningful”, adds Pascal, who fell in love with the city and its beaches. Pascal has authored “The Heretic - Daily Therapeutics for Entrepreneurs”, and is currently working on a new book about the future of organisations and business models.