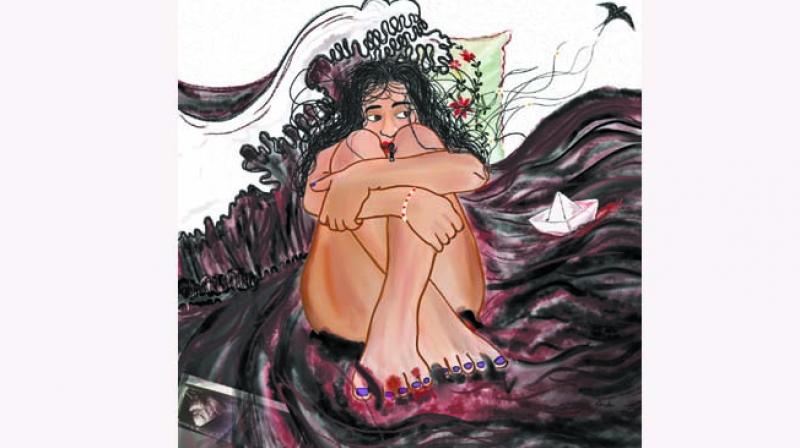 The first illustration of the project documents the ordeals a young woman was confronted with when she opted for an abortion.

A girl sits crouched in a turbulent ocean. A huge wave, reminiscent of Katsushika Hokusai’s The Great Wave Off Kanagawa, looms behind her, threatening to crush and drown her. But the girl cannot scream for help, because her lips have been zipped shut. A closer look at the picture reveals the cause for this enforced silence – an ultrasound image peeking out from under the current. The illustration is accompanied by a woman’s haunting words that reveal her abortion ordeal and is part of a crowd-sourced project titled #MyAbortionStory. The project, started by My Body, My Choice India — a social media campaign working towards ending the stigma surrounding abortion —invites people to share their abortion experiences and kick-start a conversation around the medical procedure.

Artist Indu Harikumar, who converts these stories into powerful illustrations, reveals what motivated her to be part of the project. “In India, there are about 15.6 million abortions every year.  However, there is so much taboo and shame around the issue. As a generalization, unmarried women are stigmatised for premarital sex and married women are stigmatised for not wanting a child at the time. I decided to take on the project because all my work in the recent past has been around bodies, sexuality and shame. Also, there is so much discourse around right and wrong, but little on people's experiences,” says the artist, who is known for her experience-exploring projects such as ‘Indentitty’ and #100IndianTinderTales. 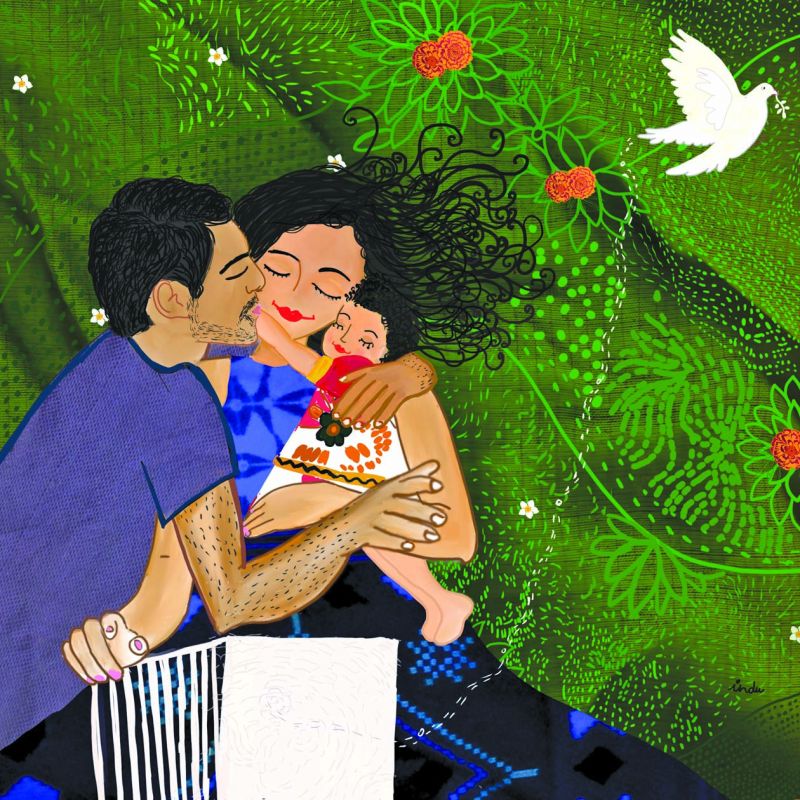 A woman reveals that she opted for an abortion as she and her husband weren’t ready for a second child.

She also believes that the radio silence around the topic has disastrous consequences, the brunt of which is largely borne by women. “We have to talk about abortion because brushing it under the carpet is dangerous – it contributes to the high number of unsafe abortions in the country. Many women don’t know abortion is legal in India and/or feel so much shame that they end up at quacks or trying to conduct the abortion themselves. Unsafe abortions in India contribute to 8% of the country’s maternal mortality,” shares the artist.

The project kicked-off a little over a week ago, and Indu says that she has already received 16 stories, apart from the several responses on her Instagram polls and posts. This volume is heartening, because it shows that a lot of people are longing to talk about their abortion experiences, if provided a safe, non-judgemental space to do so. Talking about some of the stories she has received, Indu says, “Some women have shared very traumatic experiences, like having to undergo an abortion after rape. Some women did not see their abortions as traumatic, but rather a pragmatic choice. We have received stories from both married and unmarried women, those with and without children, and with a wide range of reasons behind their decision.” 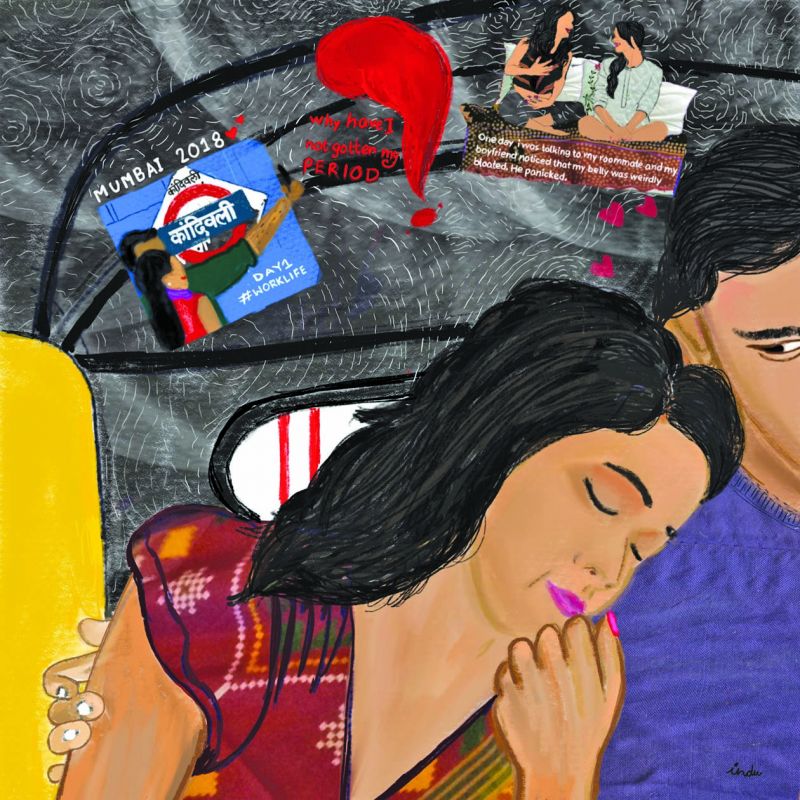 A story about a woman whose boyfriend held her hand through an abortion.

But from these diverse stories, a few common experiences and desires emerge, like women highlighting the importance of having a strong support system or agency over their bodies, so that the choice to continue or terminate a pregnancy resides with them. “These conversations have also helped bust myths, because a lot of people think that abortions cause infertility. An abortion, when conducted safely by a trained professional, does not lead to infertility. There’s a very small risk to your fertility and future pregnancies if you develop a womb infection that isn't treated promptly. Apart from that, people have shared that shaming around abortion by doctors too is rampant,” reveals Indu.

When you find yourself in the midst of a hostile society, compassionate conversations can act as a balm for your soul. And this is what the #MyAbortionStory project is all about. The artist reveals how the project has helped people come to terms with their experiences, process their pain and gain strength through sharing. “Several people have told me that they feel less alone. One feels isolated if one can’t talk about it. By telling personal stories of abortion that too often go untold, we can normalize the conversation around abortion. This will help show people who have had, or intend to have, abortions that they are not alone,” says Indu.

The project will run on Indu and My Body My Choice India’s social media platforms till September 28, which marks International Safe Abortion Day