Lakshmi Atul is the perfect example of someone who is beautiful inside and out. 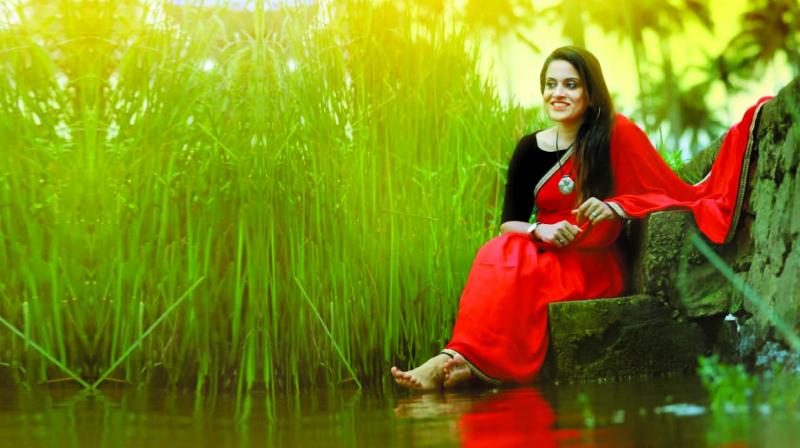 When the pretty woman walked into the sparsely crowded café on the outskirts of Kochi city, one could see heads turning towards her. The radiant Lakshmi Atul appeared like a queen sporting an invisible crown. It is almost unbelievable  that the energetic woman had just returned after serving people hit by the rain havoc in her hometown.

“I am never tired. There’s a lot to do,” she says, flashing a wide smile. A month ago, she was in Jamaica, at the United Nations Pageant, where she won the Mrs Grand Prix title as the only contestant from Kerala among the 42 contestants. She had won the Mrs India Charity title earlier this year and had won the titles of Face of South and the Mrs Intelligent at Mrs India — Queen of Substance last year. Lakshmi has been part of a long lineup of beauty pageants and fashion shows. However, she surprises by saying, “I am not pageant material. My heart lies elsewhere. Beauty, for me, is a lot more than the looks; it’s deep within.”

It takes more than a one-liner to explain her credentials — an entrepreneur, researcher, filmmaker, TV anchor, RJ, marathoner, cyclist, and what not! The vice-president of Aries Group of Companies, a multi-national consortium of 47 companies spread over 15 countries, she also co-heads the prestigious Indywood Film Carnival, a film and trade extravaganza conceptualised to integrate and transform the Indian film industry. Also the head of the Oscar Awards Consultancy, the humanitarian finds ample time for charity activities. A gold medalist during her engineering days, Lakshmi has been part of the documentary Dams — the lethal waterbombs and Dam 999, an international movie which was shortlisted for the Oscar Awards, apart from the documentary Somali Piracy.

A TV anchor, she has been proactive in raising public voice and funds for social causes and is a regular at Half Marathons aimed at raising awareness regarding various social issues — working for the welfare of the physically challenged and underprivileged in society. She has also raised Rs 10 lakh for the Nepal earthquake victims.

Ask her if she has had the advantage of privilege to be scaling such heights, Lakshmi begs to differ, “I never had any privilege. My only privilege is my supportive family — my parents, siblings, husband, in-laws and my 10-year-old daughter Archa.”

Born and brought up in a lower middle-class household, Lakshmi dared to take each step with confidence because her parents treated her equal to her younger brothers. She recalls, “I wasn’t born with a silver spoon. I grew up taking tuitions to fund my studies and looking after my brothers and parents. Never was I ‘reminded’ that I was a girl and had to behave like one. My dad encouraged me to attempt everything and consider every hurdle as a stepping stone.”

The first day Lakshmi tried to ride a cycle, she was greeted with howls and catcalls, and when she fell down, it was all boos and laughter. But the determined Lakshmi wouldn’t give up. “I had to make them get used to seeing women cycling. I crossed the roads of my neighbourhood and joined marathons and now, have completed a brevet, of 200 km, recently,” she smiles, recalling happily that the same people who booed her later felicitated her.

Lakshmi’s journey has been eventful; she would call it ‘the perks of willpower, determination and value of relationships.’ Her strength, she says, is that she never finds excuses. “From an overweight teenager who was just five feet and four inches tall, if I could compete in an international beauty pageant, with hard work, focused effort and prayers from well-wishers, one can reach the top of the world,” she concludes.