It is not uncommon to find women after a certain period of time resigning to their fates and learning to adjust to their life’s conditions. 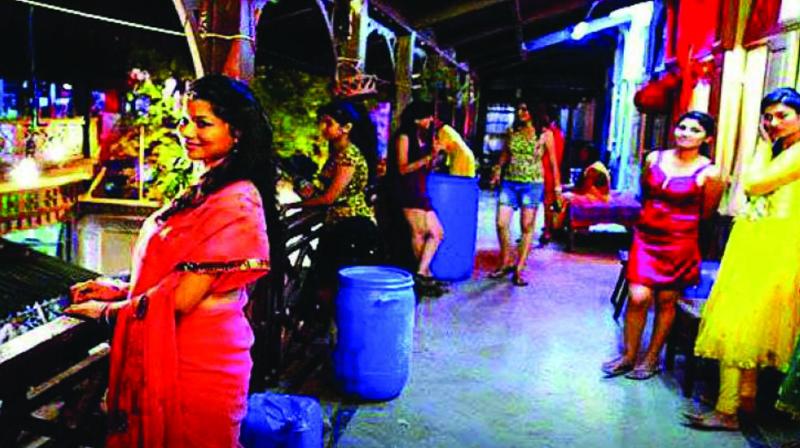 Can sex workers exit the trade as per their choice, without having to pay a price for it?

The trafficking of women and children for sexual exploitation poses a great threat to their lives as well as dignity. Women and children from weaker socio-economic sections, marginalised communities like dalits, tribals and other minorities have time and again suffered different forms of exploitation. Tales of victims in the flesh trade have highlighted how they have been trafficked to metropolitan cities and other regions of the country for commercial sexual exploitation (CSE) or even for forced marriages. While some believe and treat this commercial form of sexual violence as a crime, there are others who are pro-sex work and instead of discerning the nuances or layers in the experiential realities of these women, believe that their choices can truly be free-willed. In this article I shall attempt to highlight some of the pertinent issues relating to a women’s agency in sex work in India.

WHAT DO THE STATISTICS SAY?

The National Crime Records Bureau (NCRB) recorded 14,183 children as victims of human trafficking in 2016 — a 27 per cent increase compared to the last year. After forced labour (45 per cent), sexual exploitation for prostitution (22 per cent) was the second major purpose of human trafficking in 2016. Another study by the National Human Rights Commission’s research reveals that nearly cent per cent of the victims of CSE have been trafficked at some point in their lives.

CHOICE: REALLY FREE OR NOT?

The forces that influence women to “choose” sex work include, among others, gender discrimination, caste discrimination, poverty, abandonment, debilitating sexual and verbal abuse, poor or no education and a job that does not pay a living wage. In fact, the Supreme Court has defined “force” as any factor which deprives a person of a choice of alternatives and compels him to choose a particular course of action. And therefore, any work or service, or for that matter any choice arising from a lack of alternatives is, in fact, “forced”.

It is also true that a majority of girls enter sex work before they have reached the age of consent. There are also possibilities of them having been sexually and physically abused as children, or having suffered myriad deprivations and being pushed into the flesh trade.

Although sex work preys on women and girls with seemingly no other choice, it is not the cause of the perpetuation of CSE of women and children. At the root of prostitution is blatant gender-based discrimination and gender inequality, which creates a situation where men can believe that they can sexually exploit women experiencing poverty, with the complicity of law enforcement, society and culture. Sex work hence, thrives because there is a demand for paid sex and exploitation is deeply engrained in it.

THE TRAPPED REALITY OF SEX WORKERS

It is not uncommon to find women after a certain period of time resigning to their fates and learning to adjust to their life’s conditions. They are also reluctant to come out of the flesh trade because they do not have an option to come out of it. This so-called free-will that the pro-sex work activists blatantly claim to have achieved for consenting sex workers forget that free-choice should also entail a choice to exit the trade. But can we truly say that most women involved in sex work can and may exit the trade as per her choice, whenever she wants, without having to pay a price for it? The answer is no. I believe they cannot because one, currently there are no provisions for social and economic rehabilitation for victims of CSE and owing to lack of alternative options for livelihood, they are forced to reluctantly accept their destiny. Two, the so-called choice is again, like I said, only disguised and manifested as being real on the surface, whereas in reality, it is only a consequence of a multitude of marginalisations. Furthermore, even if a miniscule proportion of women do manage to exit the trade, the gender inequality and the deeply entrenched ideas of sexualisation and objectification of women never allows them to be fully accepted or mainstreamed in society.

Therefore, it can be said with conviction, that a vast majority of the trafficked teenagers or even adults have been forced into the flesh trade when they did not possess enough agency, maturity or freewill to take a decision regarding their lives. Agency here can be defined as a mental capacity to make informed choices about one’s life and career. Some adults might have entered the trade with a temporary plan to rescue their families out of some financial crisis but ended up being trapped in conditions of violence and exploitation. This calls for the state to act responsibly for the majority of women and children who have been involved out of no choice of their own and continue to suffer. There is a need for the state to also offer support to such women to develop a capacity to make informed choices. There is an urgent need to deliberate upon the lack of agency among sex workers and initiate dialogues between the two opposing parties: Those who believe sex work could be based on consent and those who believe all sex work falls under sexual exploitation owing to the element of trafficking that is at the core of the crime.

It is the duty of the state to create an environment for her socio-economic emancipation and rehabilitation so that she develops a capacity to act upon her choice, and opt out of the trade anytime. Supporting this view, a strong legislation in the country to cripple trafficking at its roots is also urgently required for the protection of women and children from sexual exploitation.