Deepak Sharma previously became known for a video where he slammed secular people. 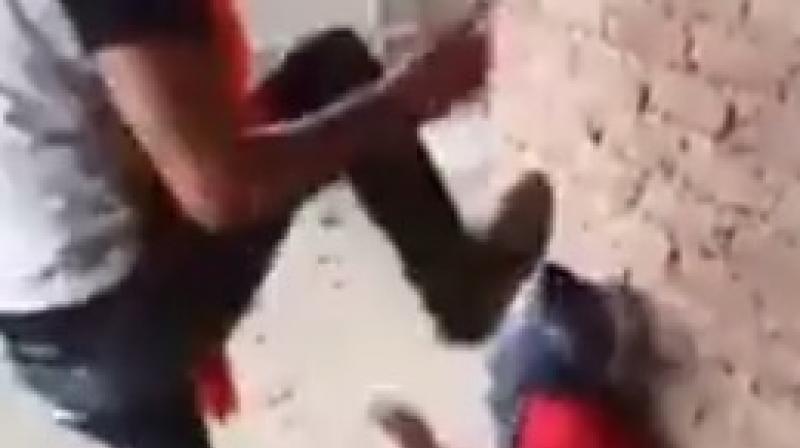 Social media is always abuzz with viral content ranging from creative, heart warming to outright bizarre or absurd. While every issue quickly leads to memes doing the rounds, trolls and abusive content has been plaguing the digital space for a while.

Deeapak Sharma is among the many self appointed custodians of religion who abuse people on social media and try to gain attention by issuing threats. He did manage to amuse people with an angry video previously as he became the butt of jokes on social media, but he is now in the news for a very alarming reason.

In what might be a serious repercussion of trolls getting away with almost anything, Deepak Sharma who claims to be an interior designer and slammed secular people in his previous video, can be seen beating up a boy.

While the boy’s identity can’t be verified as his face is covered, Sharma cited memes against his religion made by the boy as reason for thrashing him, and threatened other people making memes on social media with similar consequences.

Although such rant videos are considered mere social media antics, things seem to be getting scary if this incident is real. At a time when viral sensations like Dhinchak Pooja have faced action for not wearing a helmet in a video, there’s still no update regarding action against Sharma who can be seen assaulting a boy in the video.