The photo is signed along the left margin "A. Einstein .51". 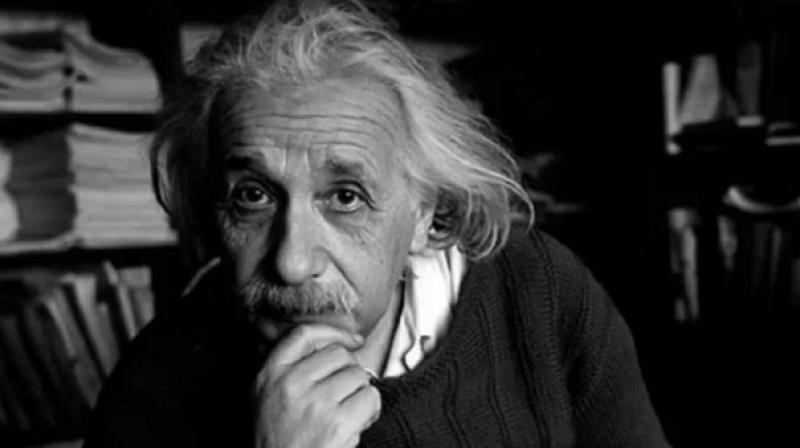 Los Angeles: A rare signed copy of the iconic photograph of German physicist Albert Einstein playfully sticking his tongue out has been sold for a whopping $125,000 at an auction in the US.

The picture was clicked on the occasion of the Nobel Prize winner's 72nd birthday party at Princeton University on March 14, 1951 by photographer Arthur Sasse.

Sasse was trying to persuade Einstein to smile for the camera, but having smiled for photographers many times that day, he stuck out his tongue instead.

Sasse's employers were initially hesitant about publishing the iconoclastic image.

When the picture was published, Einstein was so amused by it that he ordered several prints to give out to close friends, according to Nate D Sanders Auctions. The image, unlike most prints is not cropped to show only Einstein.

He is seen seated between Frank Aydelotte, head of the Institute of Advanced Study in Princeton, US, and Aydelotte's wife, after celebrating his birthday at the Princeton Club.

The photo is signed along the left margin "A. Einstein .51", indicating he signed the image shortly after it was taken. It measures 7 x 10 inches and is in good condition.