The series of videos is on the Internet again after a plea in the court dealt with a specific media house. 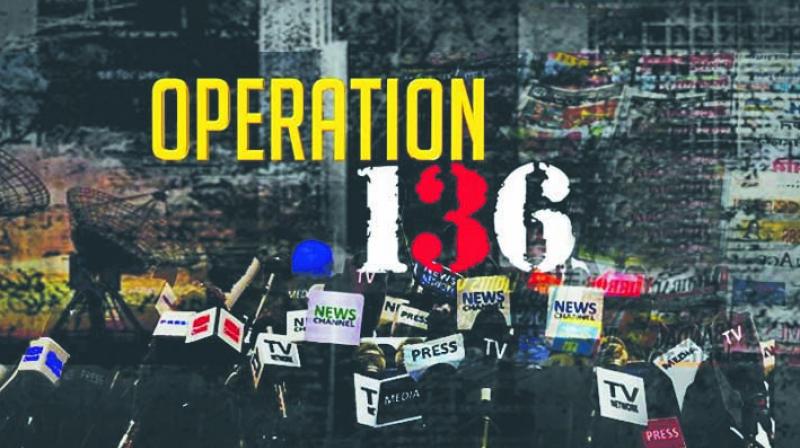 The series of videos is on the Internet again after a plea in the court dealt with a specific media house.

A set of videos from Cobrapost exposing a few leading media houses whose owners, executives and journalists were not averse to the idea of accepting money for slanting news presentation must have come as a shock even to a nation with a high threshold in accepting chicanery in politics and public life. The felicity with which ways of manipulation of cash is accepted by the media bosses is a telling comment on where we are as a society.

A few media houses even tried to justify what they said on the expose by hinting they were simply playing along. The fact remains that the whole episode is dispiriting to those who have not sold their souls for cash in a key profession like media, which stands as a sentinel for the people against those in power who will be willing to do anything to be in their privileged position in the name of serving the people.

The series of videos is on the Internet again after a plea in the court dealt with a specific media house. The exposes do not augur well for the media, whose credibility is already at low ebb because of the belief that the ruling forces are not being confronted as the media was wont to do earlier. Is it not time for the media to stand up for the cardinal principles that make it the one medium capable of telling truth to power now? 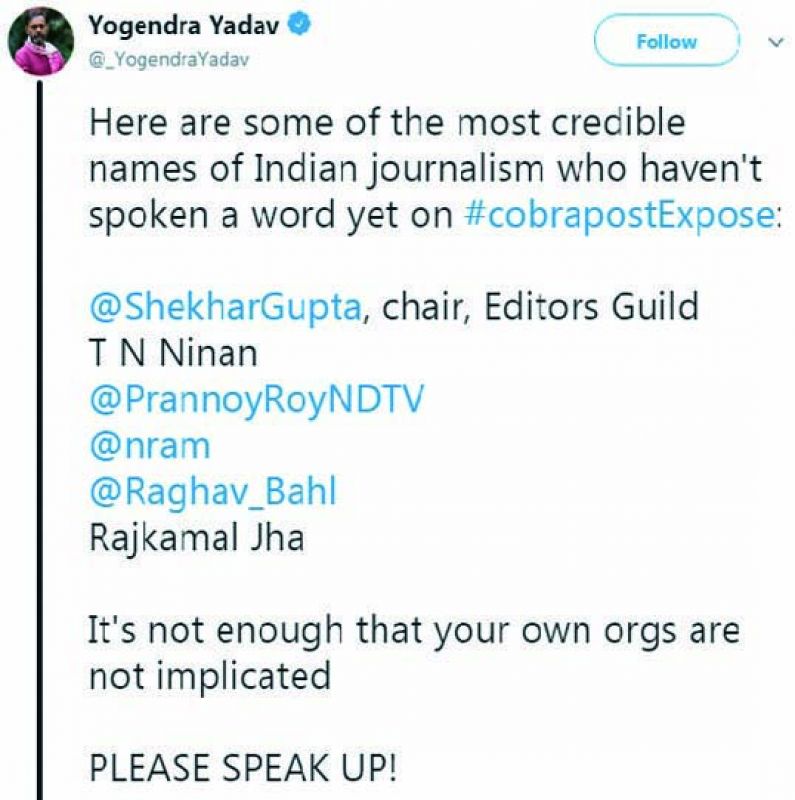 Simi Garewal @Simi_Garewal
After watching #cobrapostExpose I’m don’t want to watch TV news anymore. All I keep thinking is ‘How much money did he get for saying this...’

That so many people, including journalists, are equivocating about the #cobrapost Expose shows how low our expectations are about Indian journalism

M Reyaz @journalistreyaz
#Bengal still gives me some hope: (when all media have bent backward)there were two notable exceptions, Bartaman Patrika and the Dainik Sambad, which refused to play ball. No amount of cajoling or inducements could bring them around #CobraPostExpose

nikhil wagle @waglenikhil
No statement on #cobrapostExpose by Editor's Guild, Press Club or any prominent journalist's association. Are senior journalists afraid of media owners? Or is this subject not important enough?

Balenciaga, the European fashion house has caused quite a stir on the social media with its so-called “T-shirt shirt,” which retails on the Balenciaga website for $1,290. It’s a t-shirt with a button-down shirt attached to the front, turning the t-shirt wearer into a  human hanger for the draping dress shirt. In no time netizens have taken to twitter poking fun on the item and some even replicating the hideous design by stapling a regular shirt onto a T- shirt.

dilip cherian @DILIPtheCHERIAN
The chilling death & rape threats, a grim reminder of one reality for #journalism even as #cobrapostExpose exposes another. The likes of @ravishndtv @bainjal @RanaAyyub and more, are the valiant voices we need. RT if you agree, please

Turab@turab73
Greatly admired Shekhar Gupta for his balanced views thus far. Now I know that even he is human and can remain silent on important matters such as the dalali of the media. No wonder the word Presstitutes stuck !

Rajinder Raina@rraina1481
Strange that you don't find the CONnection?These very Journalists never spoke/wrote about the ethnic cleansing of 4 Lakh Kashmiri Hindus but @_YogendraYadav never questioned them,why? Got the Con - Action now?Silence in my case was Professional turpitude &
degeneracy

Venkat@venkat_tweet
Men caught for traffic violations are not the only ones violating it. Poor unprepared guys caught with hands in the cookie jar. Ask Shekar about the coup story. Ask Pranoy about the church attacks

Jiffy Shams@JiffyShams
Sirji..journalism died long back. Only business and interests going on. Plz dont ask to comment if u cant understand. Also they are afraid of pmo. Backbones rented out maybe. :)