A finance mind who decided to pursue his passion, Anand Rathi’s most-recent project was the Sonam-Anand wedding. 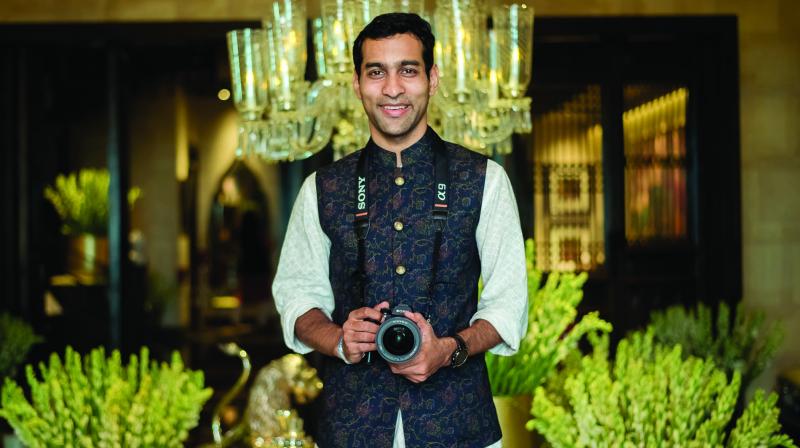 For someone with an immense love for food and travelling, sitting behind a computer, and staring at numbers did not fit in. The thought nagged Anand Rathi till he was presented with a key — an invitation by a friend asking him to bring his camera along for a wedding.

The pictures from the wedding, when posted on Facebook, got him professional offers. Prior to that, Anand and his camera spent time together only on weekends because of his full-time finance job. Finally, the shutterbug bit him, and in 2012, he quit corporate slavery to follow his passion. And founded the Reels & Frames.

“Weddings are a fantastic opportunity to travel and meet new people. We do other photo shoots as well, but wedding photography helps us tick mark a lot of things off our wish list. We have not developed a liking for anything else,” smiles Anand.

Though Anand has tried his hands at other kinds of photography, what keeps pulling him back to wedding photography is the responsiveness of it. “An artist needs an audience and in wedding photography, you almost instantly get a reaction from the bride or the groom. It is like instant gratification,” says Anand.

“It is a blend of so many things coming together. You are always on your feet, there is not a single dull moment,” he adds. 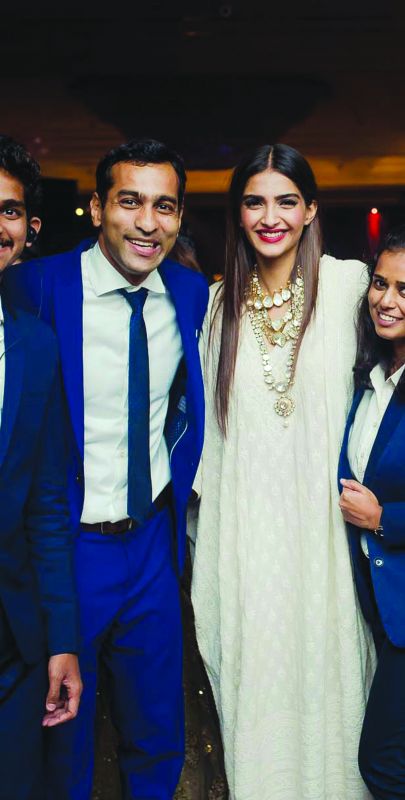 With a team of about 25 people, this self-taught photographer’s passion has taken him to five continents, 17 countries, and counting. Just last year, they documented the first Indian destination wedding in the Kingdom of Bahrain. The wedding was of diamond company Rosy Blue’s managing director, Russell Mehta’s daughter, Divya Mehta and Ayush Jatia, son of Amit Jatia, who holds the McDonald’s franchise in India. “It was extremely tastefully done. It was a gathering of about 900-1,000 people, and was a quiet affair,” he says.

But for real estate developers, the Kalpataru Group, Anand is like a family photographer. “We have shot pretty much everything for them. We shot the MD’s 70 birthday and the weddings in the family,” says Anand.

Their latest project was the most talked about wedding of the season, Sonam Kapoor and Anand Ahuja’s. They got going after a call from the Kapoor family, who liked his work.

“Shooting the Kapoor wedding was fantastic. There was so much activity. It was not a stressful, hectic wedding. As a photographer, you feel happy to be surrounded by happy faces and that’s what the wedding was about,” says Anand, adding, “There was no unnecessary pressure. And we had absolute creative freedom, which was a blessing.”

Talking about the ‘it’ couple he says, “During other wedding shoots, couples are finicky about having a Bollywood-inspired wedding. But Sonam and Anand were open to our ideas and suggestions, which made the job really pleasant. The family was very forthcoming.”

Another such humble family Anand recalls is the Birla’s. “For them, we shot Rajashree Birla’s 70th birthday. It is a delight to have clicked for them. From the outside, we see them as a famous business family, but they are like any average family; maybe even warmer. People might think these functions are high-class events, but it’s a family affair with a lot of warmth and love,” he remembers fondly.

Working on about 17-18 projects a year leaves him with no time for rejuvenation, but Anand has no qualms. “A wedding takes us places and sometimes we plan to stay back,” he chuckles. But he did take out time last year to spend New Year’s with his family in Vietnam and Cambodia.

When asked if given a chance, where would he run off to, he instantly replies, “I would love to go to Russia for the World Cup.” And with more celebrity clients in the pipeline, holidaying is a luxury Anand would definitely like to enjoy more often.