The Martha Farrell Award for Excellence in Women’s Empowerment has been instituted to honour Dr Farrell and her ideals. 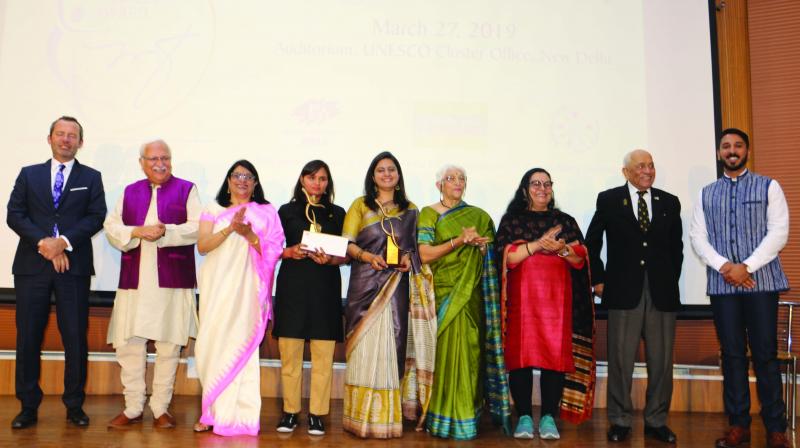 Delhi school teacher Manu Gulati bagged the Martha Farrell Award for Excellence in Women’s Empowerment in the Most Promising Individual category. Manu is an English teacher at Delhi Government School and is also working as a mentor teacher with Directorate of Education. Manu has been instrumental in helping young girls in receiving formal school education. She has also been working with boys and girls at government schools in sensitising them about gender neutrality and bringing a positive change in society.

On learning that she has won the award, Manu Gulati says, “It is an honour to receive the Martha Farrell Award. I am proud that my work to ensure equitable access to education for girls and gender sensitisation with students and parents has been recognized. As a mentor-teacher, I will continue to promote holistic teaching methods that empower and instil self-confidence in girls.”

An era where feminism and gender equality are two terms struggling to achieve their rightful place in the society, such recognitions only help strenthen the cause.

Speaking on how these awards boost the concept of gender equality in our society, Actor  and jury Shabana Azmi says, “The organisation (Martha Farrell) has worked tirelessly to promote gender equality and prevent violence against women throughout her life. These awards are being launched to recognise and promote sustained efforts in making organisations, communities and families gender-equal and just.”

Martha Farrell is known to have been a renowned civil society leader and is respected for her service towards women’s rights, gender equality and adult education. Unfortunately she was among the fourteen people killed during a terror attack in Kabul in 2015.

She began her career as a literacy worker at an NGO - Ankur, working for women’s literacy and empowerment in Delhi and focussing on into adult education. She had been leading a gender training workshop with the Aga Khan Foundation in Kabul at the time of the attack.

The Martha Farrell Award for Excellence in Women’s Empowerment has been instituted to honour Dr Farrell and her ideals. Launched in October 2016, it is a first-of-its-kind initiative to discover, recognise and honour mid-career individuals and committed institutions, which have made valuable contributions in the areas of women’s empowerment, gender equality or feminism in everyday life.

These individuals and institutions can come from any sector — government, business, industry or civil society; they can belong to any part of the country, rural or urban, but are working with the belief that women’s empowerment or gender equality is an everyday goal.

“There are many women and organisations who have dedicated their life's work to create a gender equal society. Their everyday commitment, in the face of opposition from India's deeply patriarchal societ. They need recognition,”concludes Nandita Pradhan Bhatt, Director, Martha Farrell Foundation.