Your guide to all things Tamil in Chembur 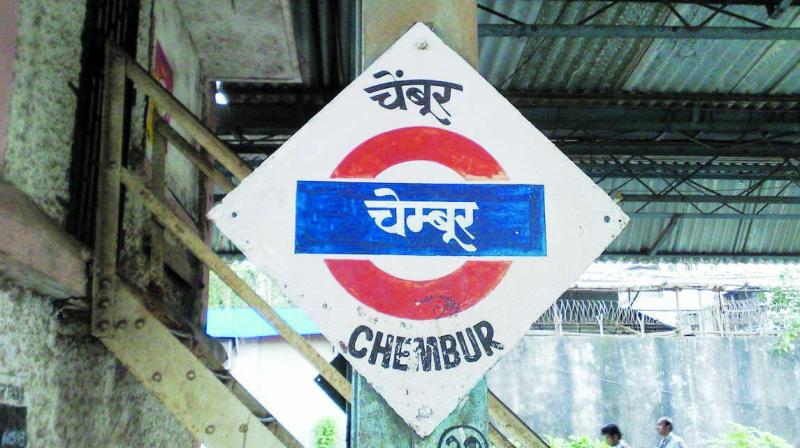 Chembur has, however, always been shorthand for all things South Indian—and more specifically Tamil—in Mumbai.

Even the most die-hard Mumbaikars often have a blind spot when it comes to parts of central and eastern Mumbai. Unless you travel by local train on the Central or Harbour lines, stations like Tilak Nagar and Chembur that comprise this Mumbai South Central constituency can seem remote. Chembur has, however, always been shorthand for all things South Indian—and more specifically Tamil—in Mumbai. It is where the molaga podi is never in short supply, and the filter kaapi decoction is bona fide.

FOOD
The original outpost of Mani’s Lunch Home is still in Matunga, but since January 2017, Chembur is also home to this South Indian joint. Run by Palakkad Iyers, what sets it apart is the authentic sambhar, unlike the sweet, syrupy sambhar you find in most Udipi joints in Mumbai. Come for the filter coffee and plantain bhajji but stay for the rava upma and four-course meals served on the banana leaf. For `400, a family of four can imbibe the most authentic Tamil vegetarian meal this far west of Chennai.

Mani’s isn’t the sole purveyor of fermented South Indian snacks—you can also sample the wares at Ayyappan Pure Vegetarian, Geeta Bhavan, or Cafe Udipi—all of which have been around for longer. If you prefer non-vegetarian food, there are the famed Hotel Sunny and Hotel Navina, where the TV is set to Sun News as patrons consume chicken or fish with parotha.

TAMIL STORES
Ratna Department Stores boasts of Rao’s molaga podi, Mysore Concerns filter coffee, home-ground idli and dosa batter (marked with an I or a D to distinguish between them), and various Tamil snacks and ingredients from appalam to til oil sourced straight from Tamil Nadu. Some of these ingredients are not hard to find in most grocery stores nowadays, but Ratna has an impressively vast spread of both Tamil and international/imported ingredients, which makes it a pantry staple. You can also find ready-made snacks such as appam, adhirasam, idlis, wadai, and madras onion pakodas.

Ratna, however, is not the only claimant to the throne of the Tamil store in Chembur. Valli Stores has been around for a year longer than Ratna, opened in 1964 by T. Chellaswamy who moved here from Tuticorin. His son Karthik, who has run the store since 1999, says nearly three-quarters of their regular customers are Tamil. Unsurprisingly, he adds that his most popular sale items are the coffee powder and Coimbatore butter, along with vadam, vathal, and pickle. Valli Stores is also the only store in Chembur that sells ayurvedic marundhu, the medicinal halwa consumed along with Diwali bakshanam/snacks by Tamils.

Karthik’s brother, Alagesan, runs a store across the street called Valli Steels that sells stainless steel utensils, and puja articles, specialising in the Coimbatore wet grinder (for making dosa, idli, or wadai batters at home) as well as paniyaram and appam pans, filter coffee makers, brass lamps, and incense stick holders. Murugan Steel Emporium is another haven for those seeking stainless steel dishes for their kitchen.

MARKET
The BMC vegetable market under the foot overbridge connecting east and west Chembur has nearly 180 stalls, the owners of most having moved to Mumbai from places in Tamil Nadu like Kanyakumari, Tuticorin, and Tirunelveli several decades ago. The vegetables here are also Tamil cuisine staples— from drumstick, white or yellow pumpkin, cluster beans, plantain flower, chayote squash, and various types of gourds and yams. Mamis or mamas flock here to buy the freshest produce as well as banana leaves and wild plantains, both of which are only available in this market. They will most likely stop to pick up flowers down the street at Padma Florist. From jasmine to tulsi and fragrant lamp oil to incense sticks, Padma florists are a one-stop shop for house pujas, wedding decorations, Ganapati, and Navratri flower arrangements.

SHOPPING
Co-optex, a Tamil Nadu government initiative to promote handloom weaves, has had a showroom in Chembur for nearly 40 years, offering the finest saris—whether Coimbatore soft silks, Kanjivaram silks, Kanchi or Madurai cottons – at a flat discount of 20 to 30 per cent.

Other shops like Kaveri Silk House or Sarvodaya Vastra Bhandar are run by Rajasthanis but cater to local demand with singudi cotton saris, kanchi silks, and even panchakachams (the dhotis worn by Tamil Brahmin men). The necessary bling to accompany a Kanchi silk—from fine gold to temple jewellery—@can be found at Mahalaxmi Jewellers and N. Gopaldas Jewellers.

TEMPLES
The church, temples, and associations like Ahobila Muth, Shri Shringeri Shankar Muth, Muthumariamman Temple, Thiruchembur Murugan Temple, Bethel Tamil Church, and Marathi Tamil Sangam are a draw for Tamils who flock to the temple deities or church weekly and also during Margazhi (the Tamil equivalent of Lent, which takes place in December).

They host functions all through the year—such as Tamil New Year, Rama Navami, or Pongal—which offer a chance for the community to not only mingle, pray, and seek blessings but also give back. The Ahobila Muth, for instance, offers free prasad to everyone at 7.30 p.m., which patrons can fund.

CULTURE
The Chembur Fine Arts Society is really a mecca for Carnatic music and Bharatnatyam in Chembur. Started in 1962 as a cultural society, the FAS expanded into a cultural centre when the auditorium was added in 1993. Today, it’s the beating cultural heart of the suburb with its concerts during the Tamil month of Margazhi (December to January) and classes.

Students flock to the FAS every Vijaya Dashami (the traditional start of the academic year for classical dance and music), and the expanded syllabus now includes Hindustani bhajans, Marathi abhangs, and Sanskrit kritis.
— By arrangement with thecitystory.com