She returned from America in 1886, eager to take up the role of physician in charge of the female ward at Kolhapur's Albert Edward Hospital. 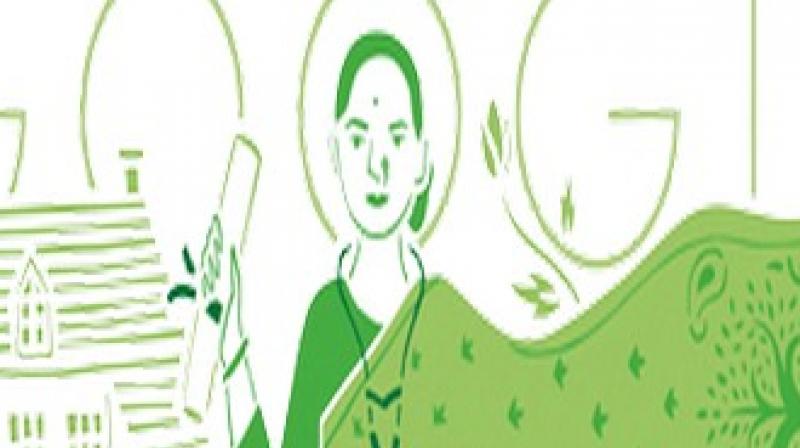 Not only was she India's first female doctor, but she was only 19 years old at the time (Photo: Google)

The doodle is created by Bangalore-based artist Kashmira Sarode, who portrayed Joshi celebrating her medical degree.

As Google writes in its blog, "In 1886, a young doctor stepped off a ship from America, eager to take up the role of physician in charge of the female ward at Kolhapur's Albert Edward Hospital. Not only was she India's first female doctor, but she was only 19 years old at the time. Her name was Anandi Gopal Joshi, and her story is one of courage and perseverance."

As per the custom in the 19th century India, Joshi, born on March 31 1865, was married at the age of nine; her husband encouraged her to continue her education.

She earned her medical degree from the Women's Medical College of Pennsylvania, now known as Drexel University College of Medicine, and returned to India with dreams of opening a medical college for women.

"Joshi's young life was tragically cut short when she died of tuberculosis before her 22nd birthday.

However, her legacy and the path she paved for generations of women continues today. Interestingly, even a crater on Venus is named after her!" the blog adds.