Goodbye to due process

THE ASIAN AGE. | ROSHAN B 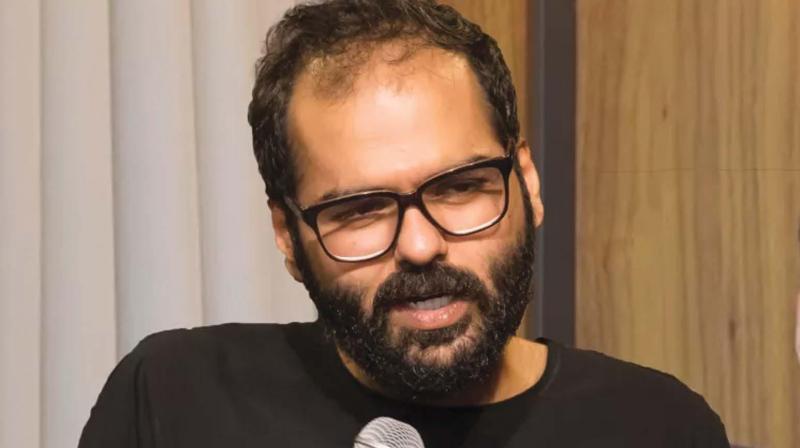 Aeroplanes are clearly not workspaces for passengers and invading private space is in no way excusable or legal. The actions of stand-up comedian Kunal Kamra wherein he openly challenged and raised his voice against Republic TV Editor and Journalist Arnab Goswami in an Indigo flight are in no way condonable or permissible.

Kamra's action did him no good and he stands banned from all Indigo flights for a period of 6 months and two more airlines Air India and Spicejet have banned him indefinitely from flying on their airlines within hours of the incident.

In what seems to be a case of crawling when asked to walk 2 airlines which were in no way connected to the incident have for some reason chosen to show solidarity with the TV anchor, who in all honesty has shown scant regard for people's concept of privacy or right to silence, be it constant heckling, shaming and criminal intimidation of opposition politicians such as Congress MP from Trivandrum, Shashi Tharoor or Republic TV's harassment of Bihar opposition leader Tejasvi Yadav (on a flight) in 2017 even when asked by the airline staff and a co-passenger to stop the madness.

India came up with the concept of a no-fly list to deal with unruly passengers in 2017, The Director General of Civil Aviation revised relevant sections of the Civil Aviation Requirement (CAR Section 3, Series M, Part Vl on “Handling of Unruly Passengers”) in accordance with the provisions of the 1963 Tokyo Convention  and bans can vary from 6 months to life. Additionally airlines can have their own internal regulations on the same for immediate effect such as Article 8.1 of the General Conditions of Carriage for Passengers & Baggage of Air India Limited permits the carrier “to refuse the carriage of any passenger for the reasons of safety or in the exercise of its reasonable discretion.

But all these come with a certain provision of due process. A complaint must be initiated by the Pilot and then the airline must form a committee headed by a retired District or Sessions judge to investigate the matter and decide on the matter within 30 days. During those 30 days the passenger is prohibited from flying on the particular airline alone and if there is no decision within 30 days the ban stands automatically abated. In Kamra's case were any of these procedures followed?

The Right to travel

The Supreme Court in Satwanth Singh Sawhney vs Ramanathan and others has held that the expression personal liberty in Article 21 includes right of locomotion and travel abroad and no person can be deprived of the right to go abroad except according to the procedure established by law.

The indefinite bans by unconnected parties would in no way sustain judicial scrutiny if challenged and would only infringe Kamra's right to travel, specially since everyone involved chose to play judge, jury and executioner just like Prime time Anchors these days do.