That much-needed space for women 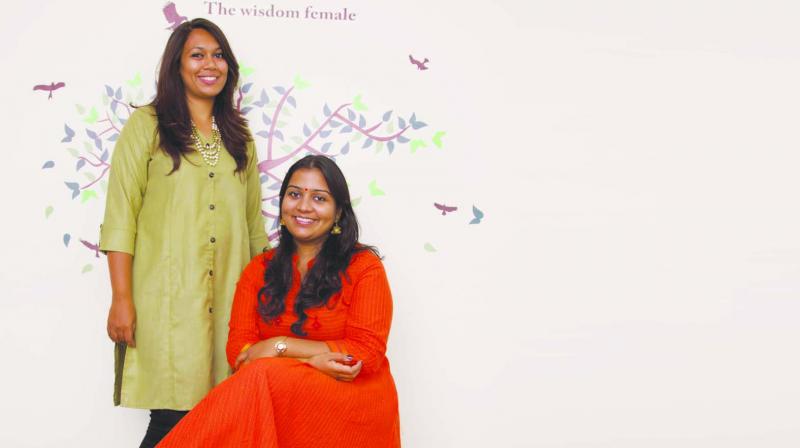 We live in an era when we no longer need traditional office spaces to work. The number of remote workers has increased, thanks to technology. This has prompted the concept of co-working spaces to flourish all over the country. It was this particular aspect that inspired two Chennai-based women – Vandhana Ramanathan and Jinal Patel — to launch WSquare, a co-working space exclusively for women, on the Women’s Day in 2017. They are now working towards creating more women-friendly workspaces. The journey has been a fruitful one for the women entrepreneurs, who, in addition to providing secure working spaces for women, have also taken into consideration their unique needs.

WSquare was not the maiden enterprise of the duo. They started off establishing a digital marketing company that employed women who had quit their jobs to look after their homes. “There were women who wanted to get back to work, but from the confines of their homes. We used to work with almost 30 such women from across the world like content writers, UI specialists, social media designers and managers,” she says.

Interacting with those women made Vandhana and Jinal realise that the homemakers were not as productive as they could be if they were in an office environment. The reason was not difficult to fathom as any mother walking the tightrope between a career and family would know. “There are a number of mundane activities that demanded their attention, distracting them. So, the work that normally took two hours would take 4-5 hours. Also, the motivational factor was missing,” Vandhana explains. This was also firsthand knowledge since both Vandhana and Jinal used to work from home and the former was a mother herself. “The company was doing well, but the women lacked consistency because of the work-from-home atmosphere,” she adds. That is when their thoughts veered towards a space where a community of women could get together, work and motivate each other. The duo provided the infrastructure for the women to do exactly that and thus, WSquare was born.

WSquare is currently a 40-seater which sees women entrepreneurs, freelancers, professionals, women-led start-ups, counsellors, legal teams and even advertisement agencies that use their space. Vandhana adds, “We also have students who are looking at a one-two month internship period coming in to work.” What makes the co-working space attractive are the services provided there. Safety is, of course, a given, but there are also value-added services. “We have groceries, fruits and vegetables delivered at the space, on call beauty services, and even homemade food delivered, so that women can return home stress free,” mentions Vandhana adding, “More than a space, it is actually a community getting together.”

The far-reaching benefits are women advising or seeking professional advice from each other, leading to an incubation programme being launched for women entrepreneurs and start-ups. Jinal studied Journalism and did her Masters in HR and Business Management as well. She was working in an ad agency as a client servicing executive. “Jinal has a very good network of contacts and knows how to use them,” Vandhana states. She, on the other hand, likes to call herself as a ‘mompreneur’. She has completed her Visual Communication course as well as a Masters in Marketing and Advertising, and has a six-year IT experience. She quit when she became a mother and later rejoined an ad agency. She recalls, “I faced the challenges that any mother would, wasting long hours commuting and dealing with the guilt of leaving a baby behind.”

Vandhana’s business expertise and Jinal’s contacts have made the perfect foil for each other through WSquare.