The nexus between restaurants and bloggers — with the former getting publicity, and the latter getting freebies — is now falling apart... 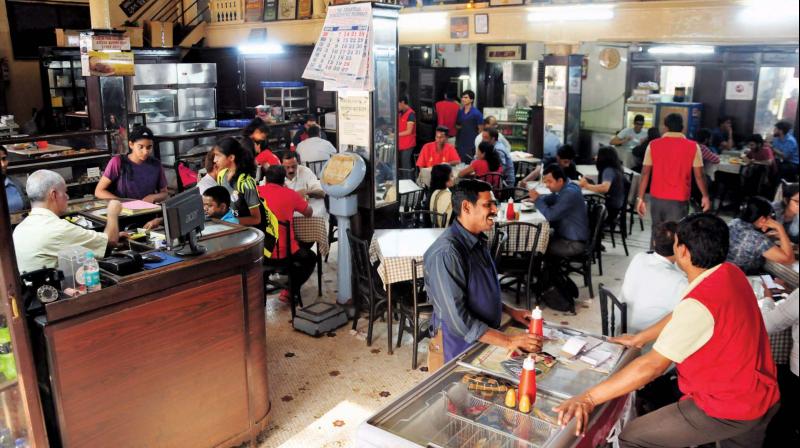 A peculiar mail posted by the owner of a Dublin-based luxury hotel went viral this month. It was a collaboration request by a blogger, who in exchange of free stay would promote the hotel on her social media handles. Agitated, and amused, the owner banned all bloggers from his property henceforth.

Closer home, the problem surrounding the authenticity of influencer marketing has resurfaced after this post went viral.

The sudden burst of high-end restaurants and pubs that the city has seen in the recent past, has provided an opportunity for a growing community of food bloggers, and eventually, the barter that influencer marketing is. The ‘barter’ essentially involves an eatery hosting influencers in exchange for a certain number of deliverables, in the form of posts and pictures, on the influencers’ social media account — all gratis, mind you.

However, just as too many cooks spoil the broth, the blogging community, which has been brimming with a new food blogger every other day, has been tainted.

It has been a long-drawn debate now that influencer marketing is no longer what it was intended to be, and the entire concept of social media-driven marketing strategy has been tainted following the complaints from the community itself.

“There is this unnecessary fascination with receiving food and drinks all for free; or as they like to call it ‘complimentary’,” says Amrith Padmanand, who runs the food blog The Hogger’s Blog since 2015. One of the biggest issues ailing the food community is the gratis plea, which is often presented out of nowhere. “A lot of times it is, ‘oh this dish isn’t that good, but we now expect a free drink to make up for it else we will give you a bad review’,” groans the food blogger.

Corroborating with Amrith’s explanation is Saylee Padwal, a fellow food blogger and social media manager for a coffee brand, thinks that such bloggers only sum up the courage to ask for “complimentary” stuff because it is easy to get lost in the sea of thousands of bloggers. “Social media has given anyone and everyone the power and option to become a blogger. Therefore, these threats and blackmails can come from anywhere,” she says.

From threatening to leave a bad and/ or a scathing review online to basing the whole blog on fake followers, the entire food community is ailed by issues. These, however, are born out of the community and even looked down upon by them.

A number of PR professionals who handle restaurants across the city have had the chance to deal with aforementioned situations. Nitasha Malhotra, who handles over ten properties in the city, tells us more about how she ensures that she doesn’t encourage the wrong blogger. “Many blogs aren’t even original ones — the content is lifted from others ending with a courtesy note. That doesn’t make them a food blogger or an influencer; their knowledge isn’t original,” she says, seemingly agitated.

And this isn’t a new issue, especially with things reaching to a head in March last year, when the blogging community was upset at how vulnerable it made restaurants. As a result, Zomato, the popular food reviewing website, had to make certain changes in their online rating and review system.

But even as influencer marketing comes with its set of issues, there is an upside to the entire concept. Co-owner of the newly opened The Urban Foundry, who agreed to speak to us on the condition of anonymity, says, “Influencer marketing has its pros and cons. It is extremely helpful for a new brand like ours,” he says. The Urban Foundry is originally from Pune, and launched in the city just three weeks ago. “Mumbai is a huge city, and for us to ensure that we reach the majority of our customer base, it is necessary to implement influencer marketing,” he asserts, explaining that while the food blogging scene in Pune is relatively stagnant, in Mumbai it’s still thriving.

One way to curb the many issues around blogging is to run tight and foolproof background checks on these influencers, believes Nitasha. “It is our brand — we have to be very careful when interacting with them. Each and every detail is conveyed through emails so that everything is in writing and tomorrow, there is no scope for them to claim otherwise,” she says.

Another PR professional from the city says that she prefers sticking to her usual, go-to list of influencers when it comes to her brands. “I share a rapport with these people and am well aware that they are something to fall back on,” she says.

Now, even as high-end restaurants struggle with this ongoing issue, take a minute to remember how old, iconic eateries in the city don’t care about customer or blogger “satisfaction” at all. They will spill some coffee when serving you or even yell at you for not rendering spare change when paying the bills, but would you still threaten a bad review? Amrith, who loves nothing more than a bun maska with chai in an Irani café, says it is all a part of the experience. “Irani cafés come with a legacy of serving for decades. They have a different old-world charm to them. Frankly, they don’t need to worry about reviews or ratings because of this legacy,” he smiles, as he talks about establishments that don’t rely on barters and influencing or exposure on social media at all.