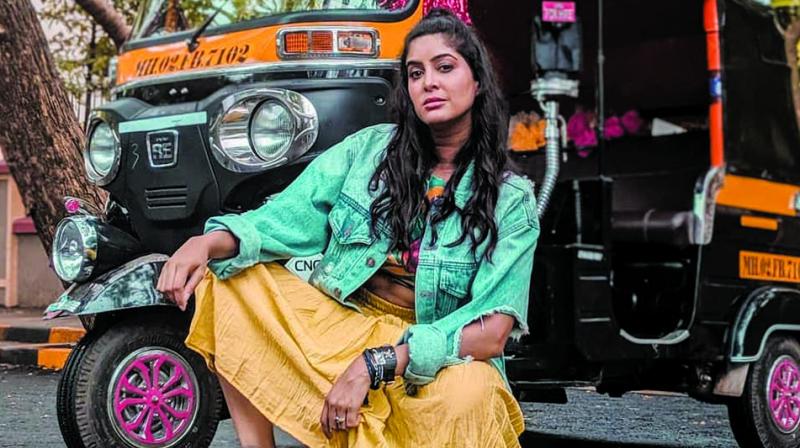 Around six years ago, when Anisha Dixit started her YouTube channel Rickshawali by accident, little did she know that it would pave the way for her to meet Barack Obama, the former president of the The United States of America. Elated and over-whelmed at the same time, Dixit describes the experience to be nothing less than amazing and takes immense pride in representing India at a global level.

“I was shivering from inside and had goosebumps the moment I heard his voice. I was determined to hug him because he is one of my biggest inspirations, and I got to meet him in person,” shares the beaming influencer, who has over 2 million subscribers on her women-centric comedy channel that puts a new spin on everyday life of a woman.

Google and YouTube India invited Dixit, earlier this month to represent India at ‘In conversation with Barack Obama in Singapore, where she spoke at length with the former president about various women-related issues.

“I got the chance to speak to him as a leader about how we can bring change and imbibe what a future leader should be,” reveals the Rickshawali. However, what struck a chord from the conversation with Obama was his reasoning behind letting women take charge as leaders.

“Firstly, he suggested that if you give only two years to a woman as a leader of a country or a company, there will be fewer wars, less ego, and more nurturing. Secondly, he emphasised that change can only come if young and fresh leaders come into play, because with them come new ideas,” explains the vlogger, who has made this the premise of her channel since the beginning.

Having created the channel after over 200 audition rejections and with the idea that she will be her own boss, Dixit attracted a lot of female attention that acted as a catalyst to talk about taboo topics.

“I did a song Period – The Musical, which spoke about the struggles of women during periods. How it gets uncomfortable for women to buy pad from the chemist. This video brought a huge crowd to my channel, and all were women who related to it. It took me by surprise that the voice of women is completely missing,” shrugs the YouTuber, who calls herself ‘didi’ (elder sister) to have create an approachable identity and help anyone.

When asked about the quirky channel name, the Rickshawali reveals that it was a selfie session in a rickshaw that led her to the idea. “When I saw the videos I had taken in the rickshaw, I was so fascinated with my background the was the rickshaw’s inside design and asked myself why hasn’t anyone done anything with rickshaws. The idea just popped into my head and I decided to call myself Rickshawali,” recalls the content creator, who carried accessories into the rickshaw and placed them around to make the space look homely.

“I used to carry candles and teddy bears and place them around the rickshaw that I would take from Juhu. I used to first inspect for the perfect one and then take it to a ground and film myself. I would just talk into the camera and tell the driver to go take a stroll and come back after an hour,” reminisces the Youtuber.

Now, thrilled that social media has evolved to let women be outspoken, Dixit hopes to give a voice to women that are beyond reach. And is keen on implementing the lessons from her conversation with Obama to help more women.

“The discussion with President Barack Obama on women empowerment was quite enlightening, and it is definitely one of the most treasured memories of my life. It feels great when such leaders are working towards encouragement and upliftment of women,” she concludes.