The princess and the proper discourse

She hails from a prominent Bollywood family, but has carved a niche for herself, having authored her debut novel recently. 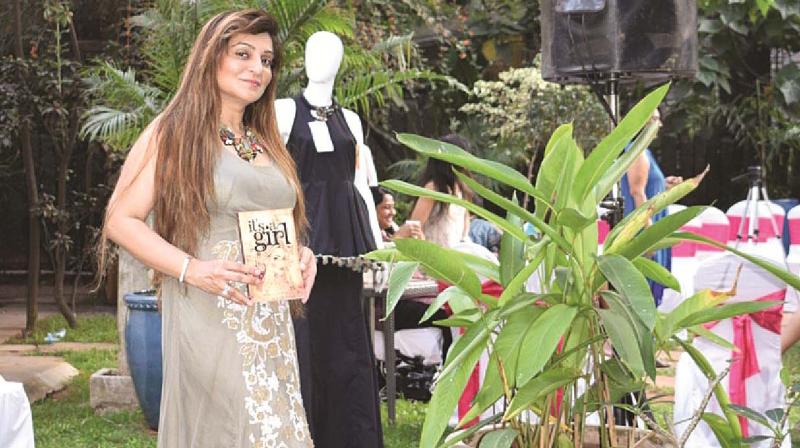 April 2016 changed her life. That’s when Mehnaaz Nadiadwala lost her mother and sunk into deep despair. The lady, who hails from the illustrious Bollywood family of Nadiadwala’s, holds a doctorate in strategic management with a specialisation in cultural and global issues. Her mother’s death though was a turning point in her life. In order to cope with her grief, Mehnaaz channelised her pain into writing her first book, It’s a Girl: Dialogues with a Princess. “It will be made into an upcoming feature film. During my mourning period, I disconnected from the world. That’s when I felt the need to voice my views on women and dedicated this book to my mother. I decided to work on a book, backed by research and make it a manual for every woman. My friends abroad who have read it say this is the kind of book every country in the world needs to read,” says the newly turned author.

Mehnaaz’s recent book launch event in Bengaluru earned her positive reactions from those present. “The ladies present were so motivated to contribute that they asked me for guidance. Every woman has that one experience that pinches you most, and I told these ladies to use that inner angst to take things forward. I told them they could turn to me, if they have a good cause they want to endorse,” she adds.

It is with this goal in mind that Mehnaaz has started a foundation in her name. “People who have a certain cause in mind can approach us. I have access to NGOs, and can introduce them to the right contacts. We will also monitor funds that are sent to charitable organisations to ensure that the money goes into the right hands,” she adds.

She is bestowed with a strong social conscience and it comes as no surprise that Mehnaaz received the Mother Teresa Award 2016 from the governor of Sikkim, Chaudhary Randhir Singh, for her contribution in social services and education toward the less fortunate. “I lost my mother on April 13, last year. One day later, I got a call from them, saying that I had been nominated for this award. Ten days later, I flew to Delhi for half a day to collect that award,” she reveals adding, “Social issues  are close to my heart. Not just giving charity in kind but doing something more concrete. When I was the president of the Rotary Club in 2013, I organised paediatric surgeries with Dr Devi Shetty and I would be physically present and it’s satisfying when you give life to a child.”

Mehnaaz’s father AG Nadiadwala is the founder of Nadiadwala Films. Her brother Firoze and cousin Sajid are popular producers but movies have never interested her. “I have never been involved. First, I was busy with my studies and then I got married at 20 and soon I became mother to two kids. I have a 25-year-old son Arafat and a 22-year-old daughter Ilham. My kids are proud of the fact that I have come up with a non-fiction book. Both of them are well read and my son feels that through my book, I have tapped a genre that is socially aware.”

Right now she is holidaying in Ooty. “I love the mountains and feel centred there. I have travelled all over the world and love California and Scotland the most,” says Mehnaaz, who is already planning her second book on global warming.

Tags: mehnaaz nadiadwala, it's a girl: dialogues with a princess