At 57, Peter Joseph Gnalian, proves age is just a number with his international bronze medal for bodybuilding. 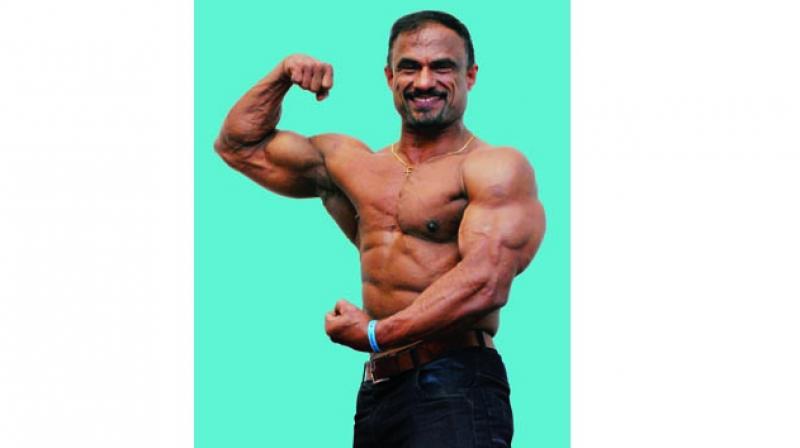 At 57, Peter Joseph Gnalian has every reason to make the body conscious youth drool. In his latest tour to Athens, the ace bodybuilder brought home to India a bronze from the International Federation of Bodybuilding and Fitness (IFBB) Diamond Cup, 2017. Beating men younger to him, this 1960-born, Angamaly native finished third in the world championship of men’s 50 category. Before setting out to Greece, he had chalked out elaborate retirement plans in mind and he now has second thoughts.

“I was too confident that I’d win gold.” he begins. “Upon entering my name I realised the category I contested in was made open. There wasn’t a strict age bracket. My fellow contestants weighed above 80 kg, me being the only one in the 70kg range.” Anselmo Cortado from Spain and Alexandros Silvestridis of Greece came in first and second spots respectively. 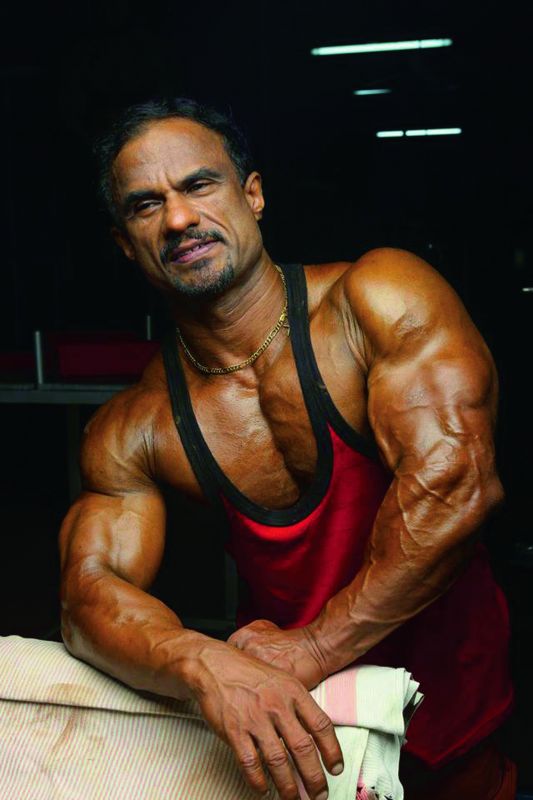 Take a recap. There’s a long history that pushed a weightlifting aspirant to shift gears to bodybuilding. In the 1990s, a physician warned Peter to strictly refrain from lifting even 10kg of weight, if he intensely desires his health to be in the safe zone. “Till the age of 29, I practiced weightlifting to become the national champion once. I only dreamt of securing an Olympic ticket. Unfortunately, severe cramps on the back and knees hampered me from going ahead. I had the least knowledge on the scientific ways to get over it. The doctor’s verdict came as a bolt from the blue. I was left with no option but to swallow a lump down my throat and say goodbye to what I was passionate about,” he rewinds.

With measured steps, Peter started pushing the envelope. He worked rigorously at his own gymnasium in Angamaly. Career-wise, he got into Indian Railways and continued as an accountant until he sought voluntary retirement from service in March, 2017. Not feeling it was too late, he was fully into body building at 42. Prior to that, in 2009, he gave contesting in world championship a try to emerge fifth in Poland. The years that followed were his, as if victory kept waiting for him. The first was a silver medal at the Asian Masters in 2012. He won a bronze at the 2012 World Masters in Bangkok, silver in Asian Masters’ in China, 2013, as well as fourth place in the World Masters’ 2014 and 2016 held in Mumbai and Pattaya respectively.

Peter feels age never stands in his way. “Doctors warn us not to indulge in bodybuilding activities post 40. It’s a wide misconception that after 40s, muscles won’t develop and bone strength deteriorates. I’d prove these theories wrong. We are advanced versions of our forefathers who engaged in mightier tasks like ploughing the field, climbing trees, and lifting heavy materials in old age. Those exercises took time to yield result whereas a gym workout is a quick remedy,” he clarifies.

He frankly says he invests `50-60K a month on his body. “People ask me how much they need to spend to have a bodybuilder’s physique. I’d say zero paise for just a pumped up body. Then reveal my expenses if they are keen on becoming international champions,” he says. 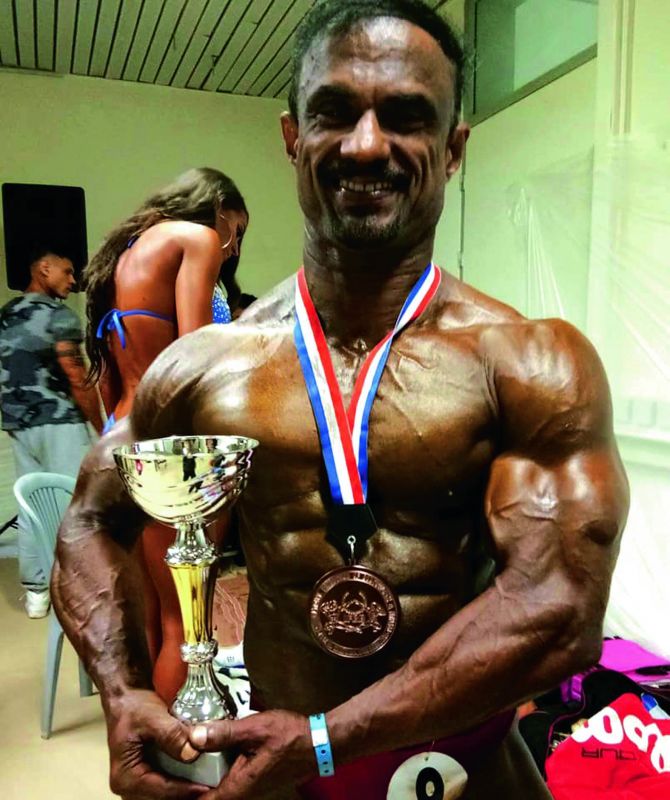 The expenditure is mostly towards buying imported dietary supplements. “Bodybuilding champions, the world over, consume food supplements in a strict regime. Some mistakenly dub it as protein powder or harmful steroids for body. We stay awake or wake up in the middle of the night to take it to get the full benefit of a workout.” Homegrown organic veggies and fruits, broiler chicken and meat make his fitness routine complete.

Peter had toured Rome and Vatican on his return journey. He’s now being surrounded by many with a gentle advice not to hang up his boots. “It’s not that I would not be contesting for the rest of my life. I believe I can keep this up and stay fit in my 70s. Better days may be in the queue, who knows!” he speaks with conviction.