Daughters in some parts of our country are still struggling to gain the same love, admiration and education as sons. 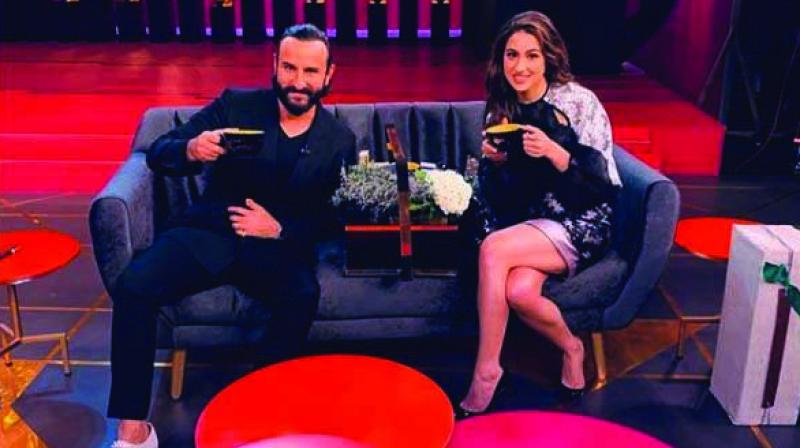 Saif Ali Khan has said he is proud of the choices his daughter Sara has made.

While the balance still tilts largely in favour of boys, a few progressive households are breaking free of age-old stereotypes and supporting daughters.

Pooja Makhija, nutritionist to Bollywood biggies like Deepika Padukone and others, idolises her mother-in-law for a very good reason. When someone told Pooja to plan a third pregnancy after two daughters just so that she could bear a son for the family, her mom-in-law was appalled and “warned me not to pay attention to such advice. Lucky me!” she admits. Such progressive minds may be few but they do exist in modern India.

While the world celebrated Daughter’s Day recently, and every celebrity posted endearing pictures with their daughters on Insta with captions to melt our hearts, the truth is far from these glossy outpourings. Daughters in some parts of our country are still struggling to gain the same love, admiration and education as sons.

Thankfully, in some modern homes, the mindset is changing. “The mentality that sons are the torchbearers of the family name is soon losing its place too,” adds Pooja.

Nagpur-based designer Shruti Sancheti’s daughter Trishla, is preparing for her civil services after studying in Canada. Shruti was very clear from the very beginning that her daughter and son would both be given the same priority when it comes to education. She wants her daughter to also be financially independent, as women are no longer just caregivers, but breadwinners too.

“My daughter went to Canada to study international relations and history with research on conflict management in South East Asia. My family was opposed to her going away at the age of 11 to Mayo, Ajmer, but I stood my ground. She had to learn how to fend for herself away from family and soon my husband too understood and gave me his support, but it took a while to convince the elders that a career is important for women too,” says Shruti.

We may have made strides towards gender equality, but even now, there is so much more that needs to be done to build a safe and equal world for women. One of the most urgent needs is to build awareness among the rural communities around education and health care for women.

“In urban societies, we are seeing a change for the better and daughters are breaking barriers and progressing towards independence as well as choosing their life partners. It’s essential to focus on the EQ of boys and free them from the culture of toxic masculinity,” says designer Urvashi Kaur, who adds, “My daughter Seerat was always a free spirit and a non-conformist. When my father, General (retd) J. J. Singh was campaigning for elections against Capt Amrinder Singh in Patiala, he took me along as he trusted my instincts. My mom, an artist, always wanted me to earn my own money as she believed financial independence was the key to empowerment.”

Artist Nupur Kundu believes that in a developing country like India, sons are still mostly preferred over daughters. “It is for this stigma to be removed that Daughter’s Day started being celebrated on the fourth Sunday of September,” says Kundu, adding, “Though my brother lives in Bangalore, my parents choose to stay with me. I am the elder of their two children, and take all the major decisions for the family as a whole.”

Kundu’s father was a self-taught artist, so he encouraged his daughter to study art and dance, but she recalls, “They initially wanted me to take up science to become a doctor, but soon realised that it wasn’t my calling.”

While there are many laws in the country now for equality of women, there is hardly any implementation. Article 375 and Article 376 have no value and are routinely abused. Nagpur-based designer Shruti Sancheti, who comes from a political family, believes that from time immemorial, India has been a male dominated society where the birth of a son is celebrated, married women are blessed to produce umpteen sons and everything — from property to decisions are made in favour of the male child.

“I am a self-made entrepreneur who opened my own store in Delhi after struggling for six years. I can proudly say that I handle my own business without any monetary support from my family," she concludes.