Here are some of the top young entreprenuers of India. 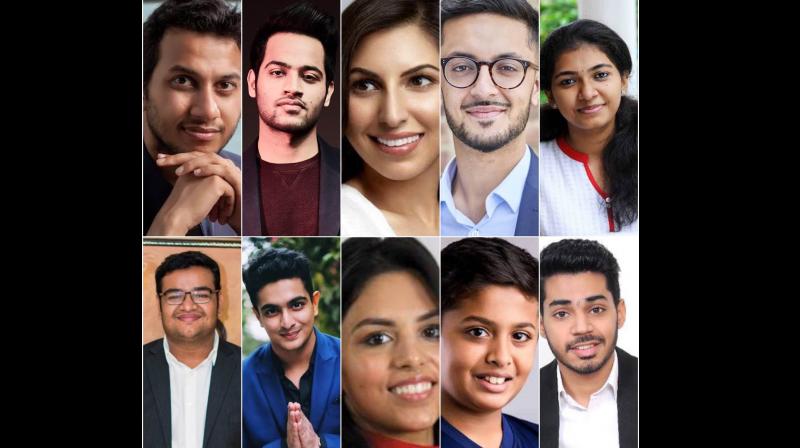 Here is the list of top 10 young entrepreneurs of India. (Photo: File)

The rise in competition amongst the working population of the world is more than just a little obvious. Dreams and ambitions are the new cool, people are interested in creating something, owning something, solving problems and taking it to the next level. Today, India has created its own place in the world market when it comes to budding dreamers and doers – entrepreneurs. Here is the list of top 10 young entrepreneurs of India –

He is one of the youngest Indian entrepreneurs and so far also one of the most successful ones. Ritesh was an avid traveler and due to this he soon realized the need for budget accommodation when traveling. He started his entrepreneurial journey at the age of 17 by starting Oravel stays in 2012. He later went on to improvise and started OYO rooms in 2013. According to a report in 2016, OYO’s revenue is $360 million annually. OYO rooms are currently operating in 5+ countries namely – UAE, England, Malaysia, and Singapore.

Started first business at the age of 16, with ₹10,000 and grew it to 10 Million dollars in 4 years and have Invested in 4 startups.

He has given more than 150 keynote speeches about influence and entrepreneurship in many Fortune 500 companies and top universities across 23 countries, have also addressed at United Nations as one of the youngest speakers in the world.

At the age of 26, Deepanjali Dalmia took a leap of faith and decided to quit her job at Ernst & Young, New York. She is currently working for women’s health in India. Heyday care produces organic sanitary pads that are made of corn & bamboo fire. They are cheap, effective & safe to use. This makes them perfect for the women who don’t have access to sanitary pads or do not understand the harmful effects of other products they use.

He co-founded Monk-E, An Influencer marketing and video production company which manages some of the most renowned talents in the country tallying up to more than 20 million fan base. He started/created his channel in December of 2014. He has till gained 2.3 million subscribers on YouTube and 585,000 followers on Instagram till date. He hails from a family of doctors and is from Mumbai. He started his channel when one potential investor for his idea ‘Uber-for-fitness’ told him that one of them has to be famous for this to work.

Aayushman Sinha is a serial entrepreneur, and his most recent venture REPRESENT, has been his largest to date, now as the head of one of India's leading multi-genre talent management agencies. He started working as an artist manager at the age of 18 and currently aged 25 is one of India's Youngest Artist Managers.

He's built unique brands out of the artists he represents and taken them to global stages like Tomorrowland, Mysteryland, Wembley Arena, etc. In a unique program to grow Independent Artists, Aayushman developed partnerships with Facebook, Twitter, Instagram, YouTube, Saavn, Snapchat, etc to amplify the content and brand of his artists. He also runs a campaign called #TakeIndiaToTheWorld wherein the goal is to make India an exporter of talent rather than an importer by facilitating top bookings, International content and cross country collaborations.

His ambition and dedication to his work has brought him awards as Young Business Leader (Under 40) and Youth Entrepreneur of the Year in 2018. He currently actively consults Global acts like Marshmello, KSHMR, Dimitri Vegas and Like Mike, etc on their India strategy and profile. He's also a Director at BlackCab a leading new age Marketing Agency servicing some of the top brands in the country.

Sreelakshmi Suresh is known to be one of the youngest website designer & CEO in the world. She has a lot of accomplishments in her name which includes a lot of national & international awards. She developed her first website at the mere age of 6. She has currently completed her aim of designing 50 websites last year.

Trishneet Arora has the famous story of being a school dropout who became a massive success. At the age of 19, she started his own company, TAC security solutions. He has currently, four offices in India and one in Dubai. He is well known to have trained CBI officers, being in the Punjab government & crime branch officials. He is 23 at the moment and has companies like Reliance as his customers.

Tilak Mehta is the 13-year old that made ‘Ola & Uber Of Dabbawalas.’ He developed the app named Paper-N-Parcels. The idea came to him when he wanted a few books from the other end of the city in urgency. He couldn’t ask his father as he was tired from a day at work. This is when the idea for small intra city deliveries struck him. He has also roped the dabbawalas into this idea and has some investment.

Kavita Shukla is the founder of Fresh papers, a product that keeps various produces fresh for longer than conventional hours. She has her innovation patented. It was firstly in just some co-ops & farmers' market around in 2012 until Whole Foods placed big orders for two different regions.

Akshay Ruparelia, a 19-year-old Indian origin student in the UK recently became one of the youngest millionaires in the UK. He is the founder of doorsteps.uk, it is an online estate agency that recently has been valued at 12 million pounds after just a year. He has employed 12 people at the moment and is running the business on a network of moms, he believes they don’t lie and that is vital for real estate business. The company has been a hit as it only charges 99 pounds when compared to the 800 and 1000 pounds charged by other firms.

It is quite obvious that unlike the majority of generation X, the ones who have fallen in generation Y are not desperate to climb up the corporate ladder in the only way, thus making out different ways of earning – hence, entrepreneurship! However, it is also well known that a lot of these independent companies fall flat. The ones mentioned above are the ones who have managed to overcome that and have made their mark in history.