After being manhandled at an electronics fair, the sex robot, Samantha was left in need of major cleaning and repairs. 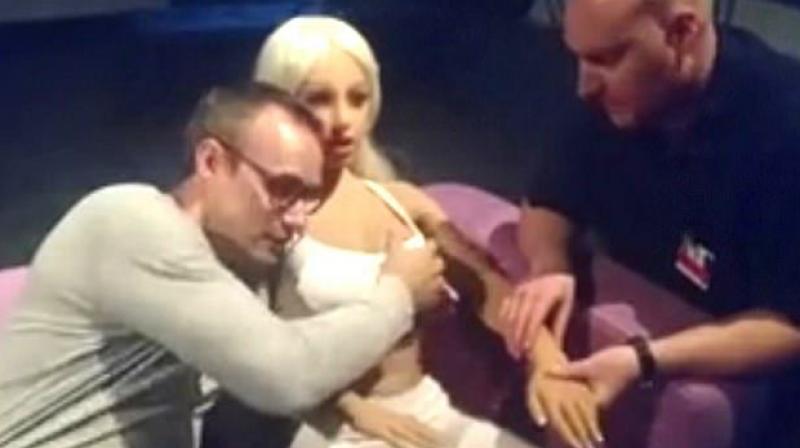 An AI sex doll has been left “heavily soiled” and in need of repairs after being repeatedly molested while on display at an electronics fair in Austria.

Samantha, the sex doll, was the star attraction at an electronics fair held in Austria this month, however the creator of the kinky creation says that she needs to be repaired on account of damage caused by "barbarians".

The $4,000 robot suffered two broken fingers and was left "heavily soiled" by the male visitors at the Arts Electronica Festival in Linz, Austria.

According to a report in the Metro, the doll’s creator, Sergi Santos, from Barcelona, Spain complained, “The people mounted Samantha’s breasts, her legs and arms. Two fingers were broken. She was heavily soiled. People can be bad. Because they did not understand the technology and did not have to pay for it, they treated the doll like barbarians.”

Santos shipped Samantha back to Barcelona for repairs and cleaning.

Santos said to the Daily Star, "Samantha can endure a lot, she will pull through."

Arran Lee Squire, a British engineer who helped Santos develop Samantha told the Daily Post, "I think people have just become over-excited and treated her like a sex doll. She isn’t a sex doll, she is a robot with AI."

Santos has sold 15 AI sex robots similar to Samantha at $4,000 a piece as per reports in the Daily Star.