While glad-fronted skyscrapers make for a spectacular skyline, they are equally bad for the enivornment. 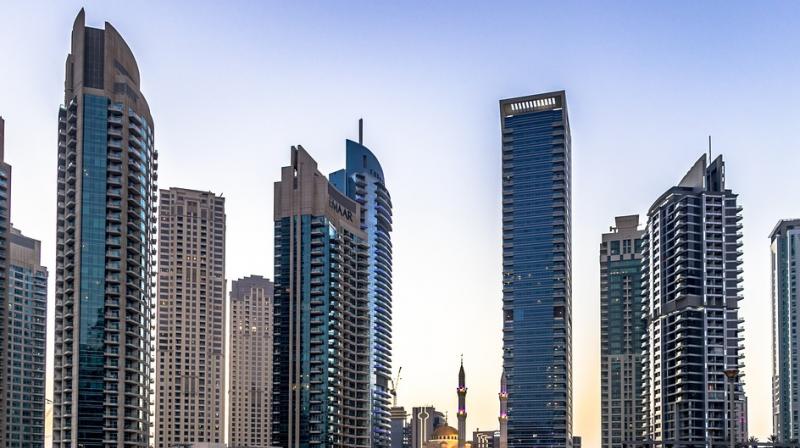 If you’re using standard glass facades you need a lot of energy to cool them down, and using a lot of energy equates to a lot of carbon emissions. (Photo: Representational/Pixabay)

Glass-fronted skyscrapers give the city a modern and sophisticated look. But it has been discovered that all-glass skyscrapers are difficult and expensive to cool down, contributing to more carbon emissions.

Leading engineers and architects are now raising awareness about this issue. “If you’re building a greenhouse in a climate emergency, it’s a pretty odd thing to do to say the least,” said Simon Sturgis, chairman of the Royal Institute of British Architects sustainability group to The Guardian. “If you’re using standard glass facades you need a lot of energy to cool them down, and using a lot of energy equates to a lot of carbon emissions.”

Glass-fronted structures are popular as they provide a striking addition to the city’s skyline as well gives a great view from inside the building as well. It also makes sure that the building has plenty of light. But the sunlight also brings in tremendous amounts of heat. As there is no place for it to naturally escape, the building tends to get heated up.

To combat this problem, air conditioning is universally used. But that solution in itself is problematic. The International Energy Agency estimated that constructing, heating, cooling and demolishing buildings account for about 40 per cent of the world’s carbon emissions. Among this, air conditioning accounts for 14 per cent of the energy usage, after the usage has doubled since the year 2000.

To deal with this issue, Bill de Blasio, the mayor of New York said that he would ban all glass buildings to make the city more energy-efficient. He later clarified that “ban” meant ban on excessive use of glass and steel. Sadiq Khan, the mayor of London said there were so much plans on the pipeline for the city but the American legislation was on the right track. “The connection needs to be made between the climate emergency and all-glass buildings. But the connection hasn’t been made yet,” he said.

“Most air conditioning equipment is designed to give an internal temperature between seven to 10 degrees lower than the ambient temperature,” said Martin Farhey, head of sustainability at Mitshubishi Electric. “I suppose it’s fair to say if that machine is getting old or has developed a fault somehow, Murphy’s law being what it is, something will go wrong and it will fail.”

Despite all the adverse effects on the environment, glass has its advantages too. In cold weather, it allows for ‘solar heat gain.’ This means that buildings get natural heat from the sun and thus, less dependency on energy for heaters during the winters.

A way to counter this energy use issue would be to increase the size of the windows. Natural ventilation can decrease the use of air conditioning by 60 to 70 per cent. But in big cities like New York and London, air pollution and traffic noise make it impossible to have big, open windows all day long.

New buildings use a different type of glass, which become opaque in sunshine to block excess sunlight. Buildings having this kind of glass use 70 per cent less energy than others. But this laminated film contributes to climate crisis as well. It is expensive to make and almost impossible to recycle.