Mumbai’s Samaritans are taking to the streets, providing education to underprivileged children from the slums. 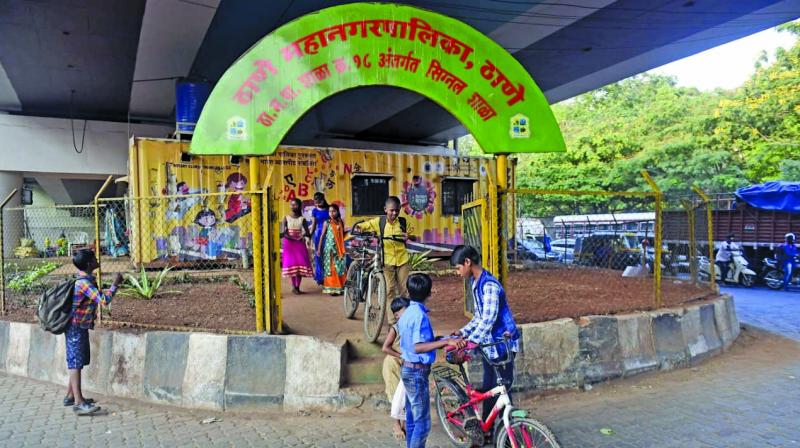 It takes faith, courage, and zeal to set out on the path of unimaginable. And Mumbai residents Himanshu Goenka, Bhatu Sawant, and Prince Kumar Tiwari certainly show each quality: They all individually work to provide education to underprivileged children.

For Goenka, founder of Muskurahat Foundation, it was the lack of holistic development in a child that he wanted to address. “According to me, a child can be underdeveloped because they do not have proper upbringing or stay in proper surroundings; these are the major factors contributing to a child’s overall development,” rues the 22-year-old, who came across the Asalpha slum in 2017.

Located on the Andheri-Ghatkopar link road on the slopes of the Ghatkopar hills, Asalpha comprises eight hills covered thickly by slums. Goenka spent three months surveying the place, spoke to 600 households, and realised that there is no NGO working there. And since he was not convinced with the education system, he designed two projects under his foundation: Angan Siksha and Kitaab. The former caters to children in the slum working on their surroundings, the latter caters to shelter homes and orphanages. 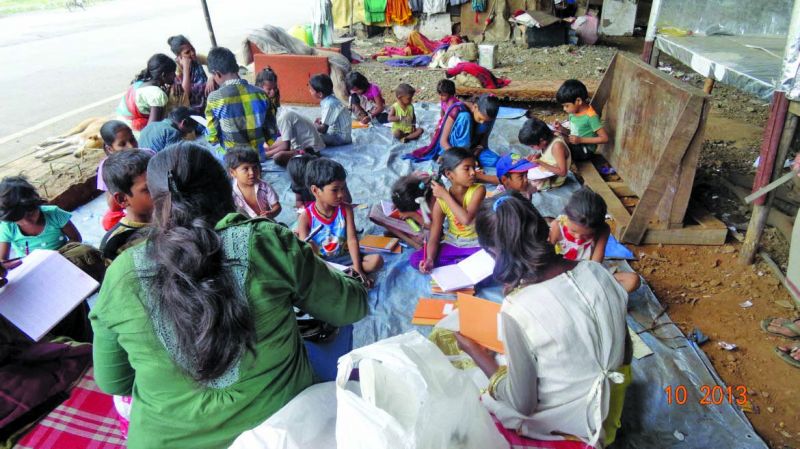 “A child should have holistic development, which underprivileged children don’t have,” asserts Goenka, who heads the Intellectual Property department at Enpower on weekdays, and the foundation on weekends.

While it took him a while to cut through the various barriers of non-acceptance and rejections, Goenka started with only 20 kids. But now, he is working with 200 households and 150 kids in three makeshift schools — two in the temple and one on the terrace of a police station — in the slum with 60 volunteers.

“In three hours of class, we teach things that academics don’t cover, and create an emotional impact on the child through experiential learning. In the first phase we don’t use books, but instead do activities with them, make them experience things. We try to generate curiosity, observational and life skills that every child should have,” he explains, adding, “Then we move towards soft skills, like generating curiosity, observational skills, team works, public speaking, morals, self- esteem, respect, hygiene, sex education, etc.” 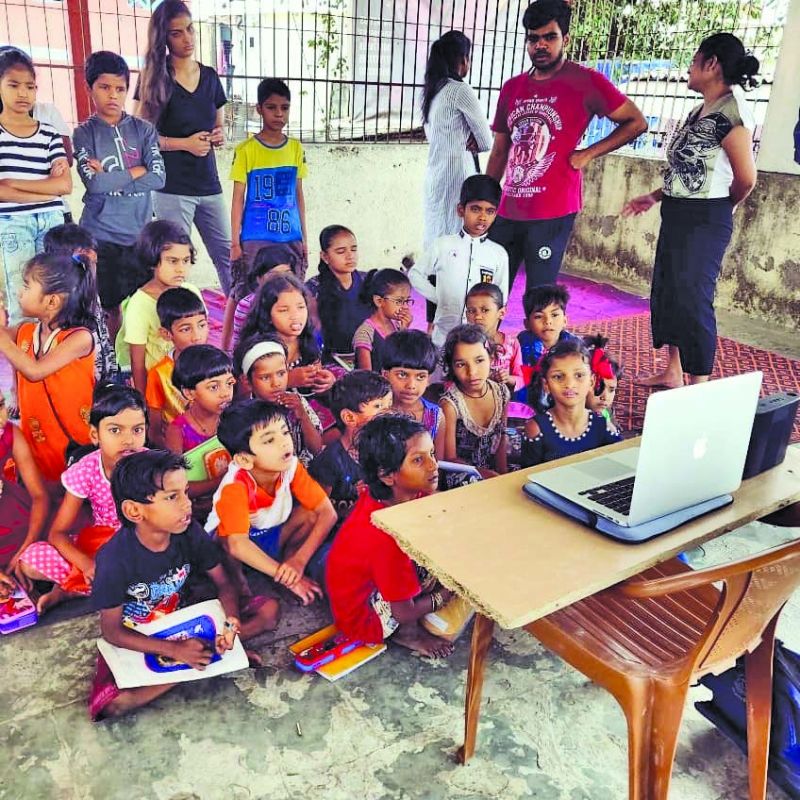 A class by Angan Siksha

The foundation, simultaneously is in its first phase of working with 34 children in the Bamanwada slum that surrounds the airport. Having worked on the holistic development of the children, Goenka realises that it is all about personal connections, and that in the long run, the idea is to help the community develop as a whole. “The aim is to build trust with the community so that in the future, we cater to the entire slum, including parents, old people, and youth,” he says.

Meanwhile, for Mumbai-based chartered accountant Prince Kumar Tiwari, the road was a little unusual. He stumbled upon slum children begging under the Mahindra Flyover in Kandivali six years ago, and upon interacting with them discovered that the kids were already enrolled in the BMC school, but only for meal purposes. “I asked them to bring their books, which did not have even a single word written on them. They couldn’t even write or read in English. The kids were just admitted to the respective classes according to their age and not capabilities,” recalls Tiwari, who took it upon himself to dedicate time from his studies to them.

The kids were urged not to beg and run behind vehicles at the signals. And gradually, as the bond with the 24 kids and their families deepened, Prince started spending more time with them on weekends and even started celebrating festivals with them. And as word spread, people started helping him with teaching, and also began providing stationery and food.

However, this has not gone down well with the BMC, who have asked him to move his school. With this in mind, Tiwari has set up an online fundraiser on Milaap.

In another oart of the city, Bhatu Sawant is uplifting slum kids at Teen Hath Naka signal through Signal Shala in Thane. The school, which operates out of a shipping container, started with 12 students. But now, it is a fully functional school with 42 students who are being taught from the state government syllabus.

“In our survey in 2016, we concluded that mainstream education was not flexible for these children. The biggest hurdle was the language; they didn’t know the state language, as they were nomads of the Pardhi community.  Secondly, if the child 8-years-old, he would be admitted to third class not giving him nurse and basic education. That is how the idea of setting up Signal Shala Samarth Bharat Vyaspeeth came into being,” recalls the 39-year-old, who found 14 families living under the flyover.

One of the reasons for Signal Shala’s success, Sawant says, is the location, that is unique to Maharashtra. “It is a unique signal in the entire state, as there are 22 approach roads that meet at the signal. If a vehicle stops here then it stays for at least three minutes, naturally making it a favourite spot for begging,” he explains.

Since its inception, the school has put one child through engineering college, who is currently in his second year, while the other is undergoing police training. And just recently, they moved two of their sixth standard kids to the reputed Saraswati School in the locality. “The idea was to prove to the school system that even kids from the slum deserves proper education and can do wonders with a small push,” he asserts.