An extraordinary story of a prince of Gujarat: Dancer Yog Sundar

On July 16th, the renowned dancer and choreographer Yog Sundar celebrated his 98th birthday in Delhi. 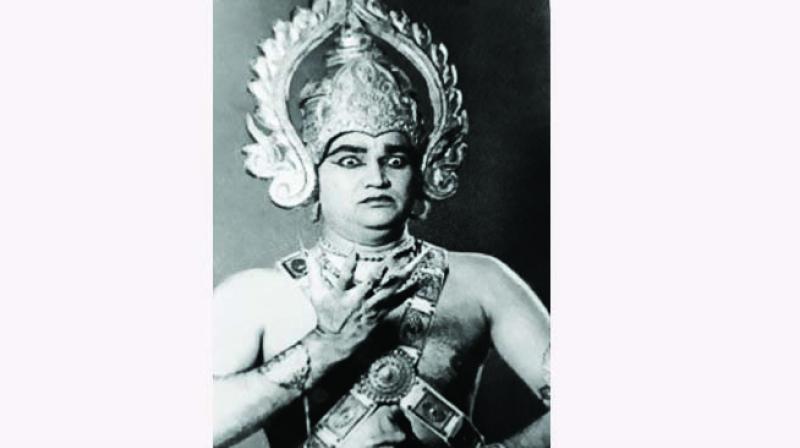 On Tagore’s 150th birthday celebrations, Papiha, under the guidance of Yog Sundar, had produced Our Gurudev or Aamader Gurudev.

On July 16th, among his sons and a daughter, close friends and dancers of his Indian Revival Group, the renowned dancer and choreographer Yog Sundar celebrated his 98th birthday in Delhi. Today, from the young generation, few would know about this self-effacing dancer whose career rose to great fame with his dance productions and who had travelled around the country and abroad, winning laurels for his outstanding dance creations.

Few also would know that he belonged to Gujarat. In the pre-independence era, the young joined the freedom movement. They were under the great influence of Gandhiji. As a matter of fact, Gandhji’s grandson Rajmohan Gandhi has written a book on Yog Sundar’s father Darbar Gopaldas Desai: Prince of Gujarat — the extraordinary story of Prince Gopaldas Desai. It is fascinating to learn that though Darbar Gopaldas was born into a royal family, he was fond of his subject and during the Navaratri festival, he would join the common people to perform Dandiya Raas! Yog Sundar’s mother’s father was the Diwan of Limdi near Surendranagar in Saurashtra.

Yog Sundar was born on July 16th, 1921 in Limdi. His parents were devotees of Krishna and they had visitors from Vaishnava Havelis, temples with whom Yog Sundar used to spend time, listening to religious discourses. 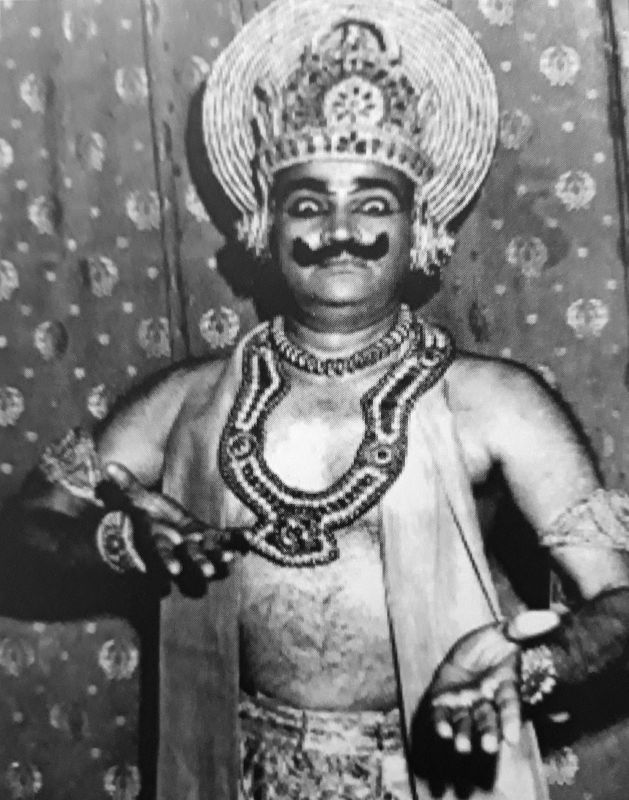 Among Gujaratis, as I gather from elders, and later on I met some of them, few young men had started learning Indian classical dances. Being a Gujarati myself, I was interested in learning about these exceptional young men who gave up lucrative business careers and took to dancing! And that too in the early 1930s and 1940s! There was one Kumar Jaykar, who went to Pandanallur village and studied Bharatanatyam from Meenakshisundaram Pillai! Another young man was Yogendra Desai (not to be mixed up with Yog Sundar) from Mumbai, who went to Kerala Kala Mandalam and studied Kathakali. And from Dhamdachha village near Surat, there was one Nataraj Vashi, who visited Sri Lanka and Bali and studied the dance forms of those regions. Nataraj Vashi produced a shadow play Mahabharata in 1945 in Mumbai. All of them were greatly influenced by Uday Shankar. Uday Shankar had produced as a shadow play Ramlila at Almora.

Yog Sundar was no exception. He happened to see when he was barely 10 years old, Uday Shankar in Mumbai at the Royal Opera House performing a dance of a hunter. He was so impressed that he went on imitating his movements and also performed the dance item of Hunter during annual day at his school Gujarat Vidyapith, started by Gandhiji.

Being fond of painting, folk dances and music, Yog Sundar was sent to Gurudev Rabindranath Tagore’s Shantiniketan to study painting under Nandalal Bose. Those were the halcyon days of arts, dance, music, drama, painting, sculpture and literature. Shantiniketan was the hub of the arts. Yog Sundar was fortunate to study over there Manipuri from Guru Atomba Sharma and Kathakali from Kelu Nair, one of the bright dancers from Kerala Kala Mandalam. Kelu Nair advised him to go to learn Kathakali under Vazhankada Kunju Nair at Kerala Kala Mandalam started by the great poet Vallathol Narayan Menon.

Yog Sundar took three months leave and went to Kerala Kala Mandalam. It was so different from Shantiniketan. Having been brought up under Gandhian principles, Yog Sundar knew how to live in a village without any comforts. The four years he spent there equipped him with a sound technique. He also studied the Natyashastra and for five years from 1945 till 1950 wrote on various aspects of the Natyashastra in a Gujarati monthly called Kumar. He wrote under the name of Yogendra Priyadarshi. I have those articles in Gujarati on the Natyashastra in my dance collection. Such erudition and thorough deep study were remarkable for Yog Sundar’s academic approach! I recollect that when I attended the All India Dance Conference in 1958 in New Delhi, Yog Sundar had participated and had made critical observations on papers presented on Kathakali. 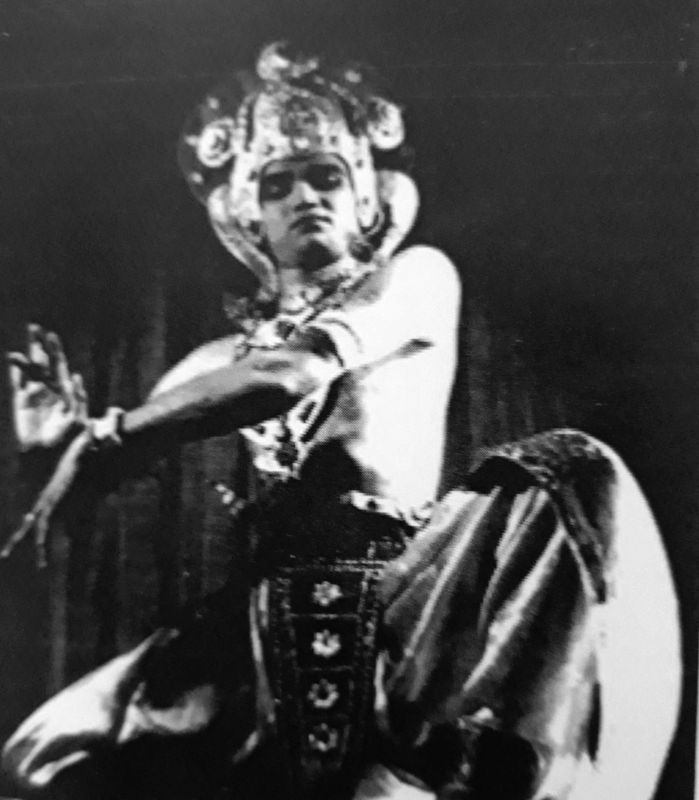 When Uday Shankar’s Almora centre was closed and dancers from his troupe left Almora, two Gujarati dancers Pinakin and Dharamsi came to Kerala Kala Mandalam to study further and were looking for opportunities to perform. These three Gujaratis planned to form a troupe and perform, but after some time Pinakin and Dharamsi left Yog Sundar and joined Uday Shankar’s other two dancers Kameshwara and Zohra Segal in Lahore.

Yog Sundar then moved to Mumbai, where Dr K.M. Munshi, the renowned Gujarati novelist and playwright, had established the Bharatiya Vidya Bhavan. He joined the Bhavan and played the role of Bhimdev, the King of Gujarat in a dance-drama, Jai Somnath, based upon Munshi’s novel. Nayana Jhaveri, the eldest sister of well known Manipuri dancers, the Jhaveri Sisters, had played the role of Chauladevi, the queen. Another colleague of Yog Sundar from Shantiniketan was the well known painter, Govardhan Panchal, who designed the sets of the dance-dramas. Yogendra Desai played the role of Kapalik in the dance-drama. The late 1940s saw an upsurge of dance activities in Mumbai. The Indian National Theatre (INT) was active, producing dance-dramas besides the plays. Manipuri Guru Bipin Singh also left Madam Menaka’s Nrityalayam in Khandala and came to Mumbai, joining hands with Govardhan Panchal and Yog Sundar. Govardhan Panchal, Guru Bipin Singh, Yogendar Desai and the Jhaveri Sisters participated in many dance-dramas for which Govardhan Panchal did sets.

Yog Sundar started his professional career as a dancer by mid-1945 and produced Bhookh (hunger) — a dance production revolving around the Bengal famine in which his Guru, Kunju Nair, played a major role. Yog Sundar also choreographed in Gujarati language translations of Tagore’s Chandalika and Tasher Desh from the original Bengali. As a performer, he was making a name. In those years, two dancers, Uday Shankar and Ram Gopal had acquired international fame. Yog Sundar joined Ram Gopal’s troupe in Bengaluru in order to learn showmanship. But after a while he did not find Ram Gopal’s approach or knowledge deep enough. Also, there was quite a chaos in his troupe. Therefore, Yog Sundar left Ram Gopal and went to Kolkata.

There he met his Gujarati colleague, Pinakin. He also met two other dancers, Ghanashyam and Anadi Prasad. Yog Sundar then formed the “Indian Progressive Ballet” on a co-operative basis, sharing earnings equally. However, it did not work out professionally, and after a few shows it was disbanded.

In 1948, Yog Sundar had established the Indian Revival Group Dance Company. He had arranged two shows with well known film-star-dancer Sadhona Bose on the theme of Vasavdatta and monk Upagupta, based upon Tagore’s poem Abhisar. Yog Sundar recalled a funny incident during the production of the shadow play of Mahabharata, which was planned to be presented at Haridwar during the Kumbhmela. But the organiser, instead of arranging shows in the open air, booked one small cinema hall where only 400 poeple could witness the play. And he invited “baijis” — professional singers to sing songs before the performance, which met with disaster. The show wound up costing Yog Sundar a lot of financial losses.

Notwithstanding the ups and downs, Yog Sundar kept the group going, introducing folk dances and a variety of classical dance forms. He titled it as “Dances of India”, which received quite a reception. Knowing his choreographic talents, the INT invited Yog Sundar to go on a chartered ship, the S.S. Independence, to perform for 500 Americans — which was a great success. Around 1955, I recall Yog Sundar had choreographed Rhythms of India in which he had introduced dances of the various states of India which had popular appeal.

“Lady Luck smiled on us”, said Yog Sundar in a lighter vein, “when my troupe was invited to perform as a command performance in 1957, before Dr Rajendra Prasad, the first President of India and Pandit Jawaharlal Nehru, the first Prime Minister of India at Rashtrapati Bhavan”. The dignitaries appreciated the performances of the group and they received an invitation to visit the Soviet Union. That helped the Indian Revival Group immensely as it was considered as an established group representing India and its culture, which got several opportunities to perform before visiting political dignitaries, including Mrs Kennedy.

Yog Sundar married Geetashri — a Bengali who had joined his group as a dancer — in 1965. They have four children. One daughter, Papiha, who is an active dancer and is now the director of the group, and three sons Pallav, Pavan and Prashant who have also joined the group and perform with other dancers.

Despite all his outstanding works, I used to wonder and ask him why so far none had written a book on him, nor had he written his own autobiography. Being a Gandhian, he laughed and used to say with his characteristic self-effacing attitude that he loved dancing. And so far as he received affection and appreciation from his audience, that was enough for him.

The Sangeet Natak Akademi (SNA) honoured him with an award for his contribution to dance and choreography in the year 2009. For an award festival, he choreographed The Man Divine again, which received a rousing reception. The SNA has documented Yog Sundar’s two dance-dramas. But a detailed interview and a film capturing his landmark achievements have not yet been undertaken by the SNA. One hopes that before Yog Sundar turns 100, the SNA would undertake that project on a war footing.

On Tagore’s 150th birthday celebrations, Papiha, under the guidance of Yog Sundar, had produced Our Gurudev or Aamader Gurudev. Also, when Yog Sundar turned 90, A Life in Dance, a special programme, was organised. Four years ago, in 2014, at Connaught Place in Delhi, Yog Sundar had presented with 70 dancers on three stages in a unique programme of the complete Ramayana. Which was also repeated on Dusshera day in 2015. Papiha told me that fortunately, a few of their productions can be seen on YouTube.

Last year, on 31st March 2018, to pay a tribute to Yog Sundar, encapsulating the major events of his life, Ek Tha Raja — The extraordinary story of a Prince of Gujarat, a dance-theatre production was produced by the Indian Revival Group.

Yog Sundar has lived a full life. At 98, his spirit is strong and memory sound. And he is happy that Papiha and his sons with the members of Indian Revival Group are active and carry on performing dances, highlighting Indian culture.