An autopsy conducted on the body revealed, besides infection in both of her lungs, the girl died because of multi-organ failure. 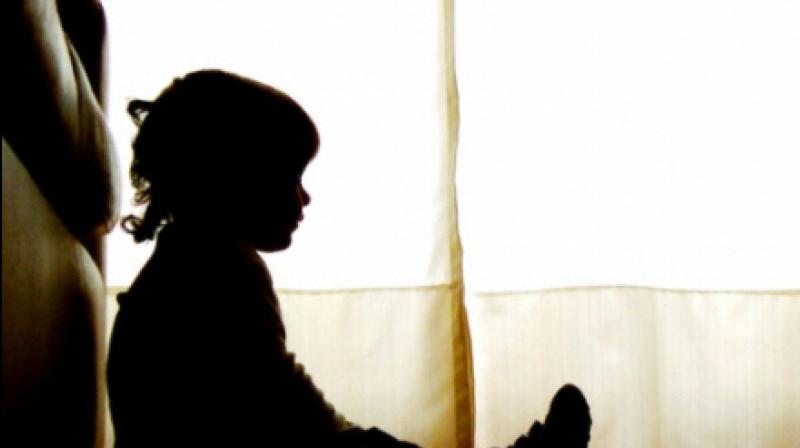 Her tormentor, a former home guard, has been booked under POCSO Act (Photo: AFP)

Kolkata: A three-year-old girl, who was allegedly made a voodoo doll by a man practising black magic and had been inserted with seven needles in her body, died today at a state-run hospital here.

The Purulia-based girl, who was admitted to the government-run SSKM hospital had undergone a surgery on Wednesday and doctors had extracted seven needles from her body.

She died at around 2.40 AM today, hospital sources said.

"The child had a successful surgery and was recuperating at the ICU. She was under observation for 48 hours. But, it seems the trauma was too much for her to bear," a senior doctor of the hospital said.

The girl, he said, was suffering from severe trauma due to alleged sexual abuse and the torture by the man.

An autopsy conducted on the body revealed, besides infection in both of her lungs, the girl died because of multi-organ failure which were infected primarily because of the insertion of non-sterilised needles inside her body.

"It is quite surprising as to how the girl was surviving even after so many needles were inserted inside her body for so many days. It is confirmed that she died because of the infection caused from seven needles. We are also waiting for other reports which will take another three weeks to arrive," a senior doctor at the forensic department said adding, her body will be handed over to the district child welfare committee.

Meanwhile, the police have detained the girl's mother on charges of her alleged involvement in assisting the man in killing her own daughter.

"We suspect that the mother was having an illicit relationship with the man responsible for inserting the needles inside the body of the girl. We have to question her in connection with our probe into the matter," a senior officer of the district police said.

Primary probe revealed that the man was a friend of the woman's husband, who had left her after discovering their illicit relationship, he said.

The mother, who worked as a domestic help in the man's house, had initially taken the girl to Bankura Medical College and Hospital for treatment of cold and cough, but doctors after seeing the wounds on her body, informed the police.

She was then brought to SSKM hospital, where doctors found seven needles inserted in her body in such a way that they had pierced her organs.

Her tormentor, a former home guard, has been booked under POCSO Act and the police are on a look out for him, a senior police officer said.