Meanwhile, the gaming community itself is quite saddened by the development. 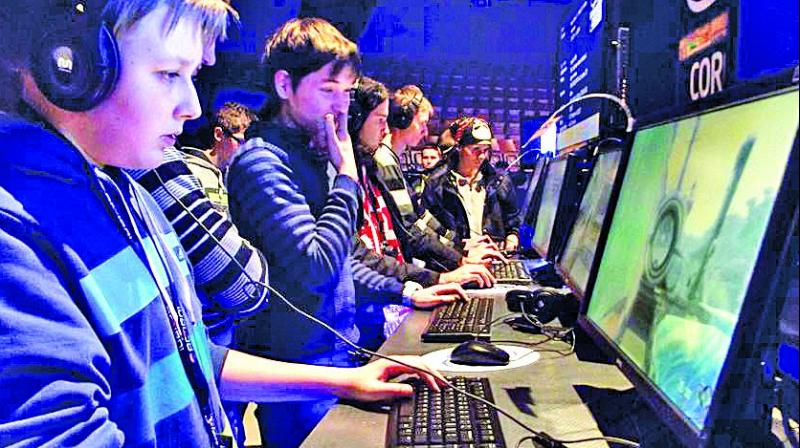 Now with the new version of ICD-11, they have constructed specific criteria to diagnose people suffering from this disorder. Hopefully, it will make diagnosis and treatment easier.”

Addiction to video games has been recognised by the World Health Organisation (WHO) as a mental health disorder. And this is a problem many parents will have to face. How do they control their near and dear one’s ‘screen time’ — be it on a computer or a smart phone! At the recently held 72nd World Health Assembly, 194 members of the WHO unanimously agreed to adopt the 11th revision of the International Classification of Diseases and Related Health Problems (ICD-11), which includes ‘gaming disorder’ as a recognised disease. The new classifications will come into effect on January 1, 2022. According to ICD-11, gaming disorder is “characterised by impaired control over gaming, increasing priority given to gaming over other activities to the extent that gaming takes precedence over other interests and daily activities, and continuation or escalation of gaming despite the occurrence of negative consequences.” Elaborating on the same, Dr Charanteja Koganti, consultant neuropsychiatrist says, “It’s about time WHO included it under addictive disorders. Thus far, ICD-10 was being used to diagnose various neuropsychiatric diseases but gaming disorder was kept for research.

Now with the new version of ICD-11, they have constructed specific criteria to diagnose people suffering from this disorder. Hopefully, it will make diagnosis and treatment easier.”

Talking about how to read the signs of a person who is addicted to gaming, he says, “These are a few warning signs that serve as red flags for parents to understand that their child might be getting into a gaming addiction. This should help you to identify and consult a psychiatrist for early identification and treatment. Gaming to escape difficult life situations, playing for longer periods as time goes on, skipping showers and meals to play, poor performance at work or school, lying to others to hide gaming activities and exhibiting signs of irritation when forced to stop are some of the telltale signs.”

Air of concern
According to psychiatrist Dr. Keshav Rao Devulapally, it is the inability to control the urge of playing video games that has led it to be classified into the ‘disorder’ category. “We are getting more patients who require medical attention for being addicted to gaming. Recently, one of the patients was getting so aggressive when being denied to play games that we were thinking of getting him admitted and treating it like alcohol or drug addiction,” he shares.

Echoing the same air of concern, Dr George Reddy, General Secretary, Indian Psychiatric Society, Telangana says, “Children with oppositional defiant disorder, ADHD and autism are more prone to gaming addiction. We have witnessed that mood disturbances are associated with gaming, the risk of self harm is high as well.”

A united Society to curb it
For Dr Minhaj Nasirabadi, Secretary of the Hyderabad Psychiatric Society, the decision to include gaming as a disorder was long overdue. “I know some people might be against classifying it as a disorder, but it is affecting the socio-occupational functioning of the person who is continuously at it,” he says and adds, “There are people who are pleasure seeking. They get rewarded (mentally) when they do a particular thing and then they repeatedly do it by leaving everything else, turning into an addict. It should ideally start at the highest level. The government should make a policy apart from which there should be stringent parental control.”

Gamers react
Meanwhile, the gaming community itself is quite saddened by the development. Aditya Dogra, game beta tester and an avid gamer, says, “Countries like China and Korea have introduced policy level changes with regards to gaming, and even India is seeing a surge of PUBG addiction. But all of it can be avoided if we space out hours between gaming sessions, give our eyes rest, go out and socialise, and not replace the reality with a  virtual one.”

Sharing the same sentiment, Mujahid Rupani, CEO Cobx Gaming, says, “Any activity done in a limited way is healthy. Self-moderation and inculcating better impulse control are the only real solutions to tackle the gaming addiction problem. Like any hobby, it is upon the gamer to strike a good balance between gaming and real life by restricting gaming sessions to either weekends or 2-3 hours per day, ensuring it doesn’t affect regular social and family commitments.”

He goes on to add to this, “Responsibly moderating the amount of time your child spends on gaming is an important element of parenting in the 21st centur and help can be sought when needed.”