There were 5,058 people who joined to sweep the bridge between Akota and Dandia Bazaar over a one-kilometre stretch 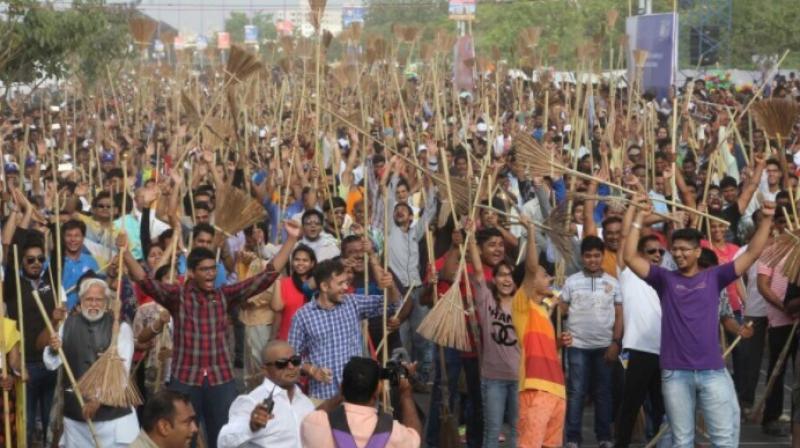 The Swachh Bharat Abhiyaan has encouraged quite a few people to take an effort to keep their area clean. The residents of Vadodara however took it a step further by deciding to create the record for the most people sweeping a street and they were quite successful at doing so.

According to a report, the residents of Vadodara along with the Municipal Corporation came together to sweep the bridge that connects Akota with Dandia Bazaar over a one-kilometre stretch. Around 5,058 people joined to create the record with their broomsticks in hand and swept the area in groups of 50 to make it cleaner than before.

Interestingly, Vadodara was the 10th cleanest city in the country and the people decided to celebrate the feat as well as make a commitment to become the cleanest city in the world next year. It was also a tribute to the Prime Minister and his campaign for a clean country.