Life   More Features  30 May 2017  Shocking video of a live snake coming out of another snake
Life, More Features

Shocking video of a live snake coming out of another snake

The video follows another footage of a snake spitting out a plastic bottle. 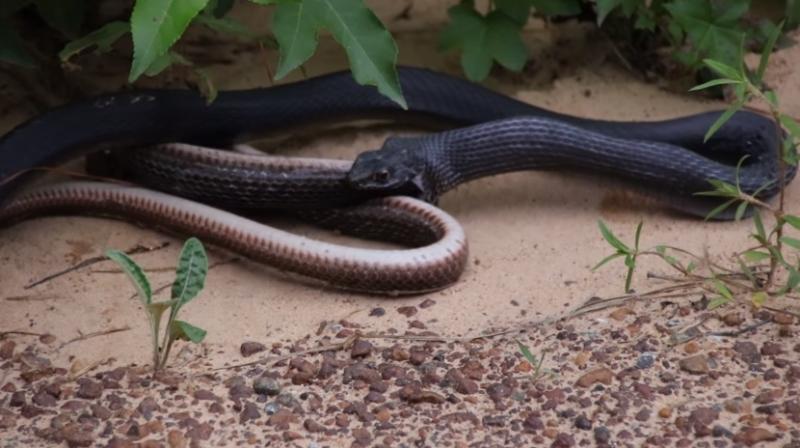 Snakes are petrifying creatures that are capable of killing people with a single bite and have been seen swallowing human beings. Recently a video of a cobra spitting out a plastic bottle after struggling for hours emerged from Goa.

Now an even more astonishing footage is doing the rounds on the internet as a snake can be seen regurgitating another snake almost as big as itself. The snake which it spits is alive and the scene will send chills down your spine.

The video has gone viral on the internet as people are shocked at the never before seen phenomenon caught on camera.