Sexual favours for a return in any form are anathema to a civilised world in its most modern era. 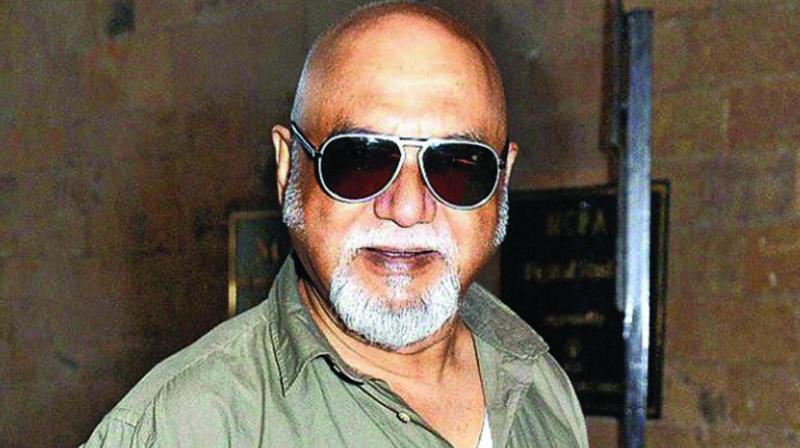 Thousands of girls head to Mumbai to fulfil their Bollywood dream. Somewhere between them and a film break lies a casting couch manned by a sexual predator from the industry ready to exploit young women, and men too as Ranveer Singh revealed. The well-known choreographer Saroj Khan took quite some flak for defending the couch with the bizarre justification that at least the film industry offers jobs. Twitter exploded even as Shatrughan Sinha added fuel to the fire in supporting Saroj while politician Renuka Chowdhary expanded the argument saying there was a casting couch in every field, Parliament  being no exception.

The sparks started flying when the poet-journalist-politician-media man-film producer put his oar in the troubled waters saying there was a distinction between sex and rape which a real man would know and explain it best. What was forgotten in advancing such abstruse arguments about sex was that women were almost invariably the victims, exploited by the powerful and the influential into offering their bodies for career advancement. Sexual favours for a return in any form are anathema to a civilised world in its most modern era. The person wielding the power to extract that favour is part of the dynamic of the whole casting couch business and he still exists even as the country faces a tsunami of rapes. Will women ever be free of this pestilence is a question India needs to answer.

Pritish Nandy @PritishNandy
I did not say that. Do not put words into my mouth. There is no because. Real men treat women with respect. Rapists don't. It's as simple as that.

The casting couch was not even mentioned by me. I think it is like the mythical roc bird. Rarely seen but much talked about. It happens in many workplaces but few mention it. As I said earlier, read me. Don't jump to your own conclusions.

Nupur @UnSubtleDesi
Because a real man exchanges sex for work? What a shameless defence of casting couch.

feminist next door @emrazz
Can you name all 59 women who came forward against Cosby? Can you name half of them? Can you name 5? Would you recognize them out of context? Do you want an autograph? Cool so we agree that women don’t make rape accusations to become famous.

Jiggs@Sootradhar
Sex for promotion = forced sex is punishable offense under Vishakha Guidelines, no? But, why tell you that you fundoo people have the luxury of following the golden rule = there are no rules

@ggiittiikkaa
So 'blackmail sex' in return of a film, is good sex. Looks like LiberalWood is full of Real Men like @PritishNandy doing ouch on couch with newcomers.

Kishore Poreddy  @krporeddy
Sir, as long as it is consensual, it’s sex. When favors are involved it’s prostitution. When power is involved it's rape. So where does casting couch come in? Pritish Nandy, I was really (really sir) shocked at your response.

Rupa Murthy Official @ProudBhagavathi
Ask a gentleman instead of asking a real man.. that gentleman will tell you that making sex a prerequisite to gain entry into Bollywood or to get good roles is akin to raping someone. Only a respectable man would understand the difference.

Sakshi Denis@sakshidenis
Even if #CastingCouch is sex by consent, it is wrong. Yes, it isn't rape but it is not right. It happens not just in Bollywood but in many other fields. And it's high time that we talk about it, condemn it not just on social forums but also in practice.

Gunjan Singhal @singhalgunjan
Unable to understand how blackmail Sex (casting couch) is diff from rape? But u r real men u feel proud to have sex by blackmailing someone and enjoy her helpness

Levina  @LevinaNeythiri
That is such a stupid statement. Casting couch is a sexually coercive behaviour and RAPE is a more aggressive form of the same. Hard to believe a stalwart like him wld justify casting couch.

shwetzonly@shwetzonly
Thanking twitter, get to see real face of these creepy minds. Journalist he was, inspiration to many, supposedly!