Mushy romance on the web

This illustrator came up with a unique way to announce her marriage to an architect. 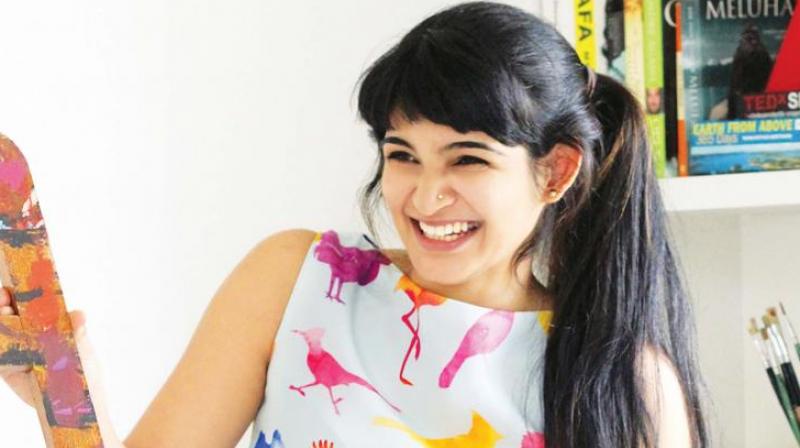 The quintessential big fat Indian wedding never appealed to Alicia Crescencia Souza, an illustrator- cum-entrepreneur. Her latest work, which is garnering the attention of folks by the hordes, testifies the same. She conjured up a strikingly thoughtful plan to announce her marriage to George Seemon, an architect – by creating a website, which encapsulates their love story in form of adorable and eye-catchy GIFs and drawings. With the idea breaking the Internet (almost), she chats up exclusively with us  for more...

“George and I signed the marriage registration in December last year. But, with too many things happening all at once, it was only until March rolled in, that it struck us how a lot of people were still unaware of our marriage. Since I was never the regular ‘oh-I-want-a-fairytale-wedding’ kind of girl, I took up the challenge of letting our near and dear ones know that we were a couple – with a streak of creativity and quirk. And, that’s how this idea panned out,” shares the 30-year-old, who runs an online website that extensively deals with manufacturing gifting options.

While the idea went live only a couple of days ago, Alicia elucidates how the responses have been nothing short of terrific. “Oh yes, the feedback has been insane! We received over a 1,000 congratulatory mails on the website mailbox that we’re yet to respond to. Even the responses on social media have been nothing short of tremendous. I uploaded the stuff on my Instagram and personal Facebook profile and the kind folk on my list have been on a sharing spree! ”she quips, rather excitedly.

Urging young individuals to take to out-of-the-box options, Alicia reiterates, “I think it’s about time people steer away from the usual. Spending exorbitant amounts on a wedding is impractical and a sheer waste! Being a visually-driven individual, this worked best for me. But, I promise, being innovative in your own way is worth a try,” she shares.

On being quizzed about her hubby’s response to it all, Alicia gleefully adds, “Well, George is surprised, and he’s always been very supportive of my artworks so it has been rewarding enough!”  While the artist agrees illustrations take up most of her time, she lets us know about her other interests. “On those lazy days, I like to spend time cooking. Since I have a website and illustrations to tend to, the days are mostly packed!” she concludes.