Asterix & Obelix fans can rejoice as the first four albums are available in Hindi. 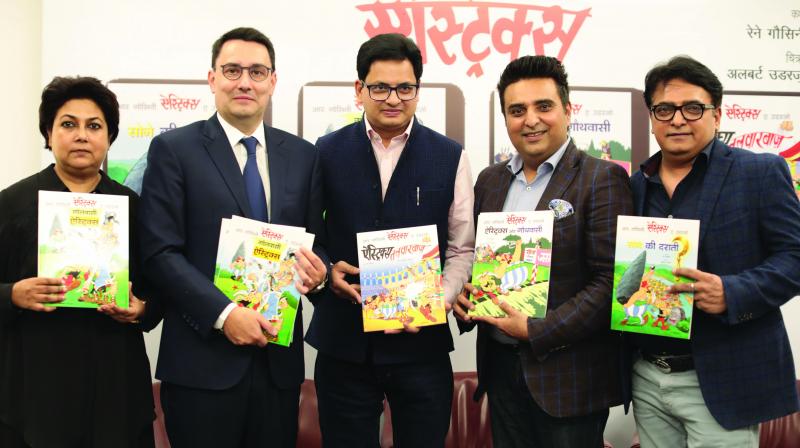 To be Indian, you must know Hindia. This has been happening at every walk of life. All foreign brands be it NatGeo, Discovery, Nickledeon, and now world famous comic series Asterix, all have Hindi versions for Indian masses.Vernacular is the medium to lure. Even this most widely read French comic series realised it.

Astérix, which has already been translated into over 100 languages, has its first four volumes in Hindi.

The series first appeared in the Franco-Belgian comics magazine, “Pilote”, on 29 October 1959. It was written by René Goscinny and illustrated by Albert Uderzo.

After Goscinny’s demise in 1977 Uderzo took over the writing until 2009, when he sold the rights to Hachette publishing. In 2013, a new team of Jean-Yves Ferri (script) and Didier Conrad (artwork) is known to have taken over.

The series is set in the village of Gauls where they resist Roman occupation in 50 BC through a magic potion, brewed by their druid Panoramix (named Getafix in the English translations), which temporarily gives superhuman strength. The protagonists Asterix and his friend Obelix often go on various adventures. The “ix” ending of both names alludes to the "rix" suffix (meaning “king”) are present in the names of many real Gaulish chieftains.

It’s a joint translation effort by Dipa Chaudhuri  and Puneet Gupta. Dipa revealed how difficult it was to translate. 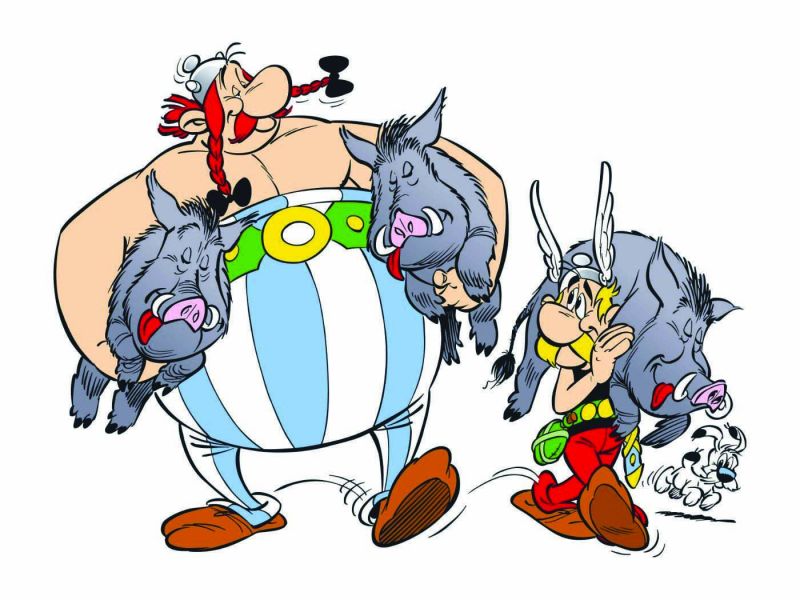 According to her in Hindi there are three ‘maatras’, one on the side, one above and one below, while in French there is just one on top.

Welcoming the publication, French ambassador Alexandre Ziegler says, “Asterix’ strength – apart from the superhuman one he acquires through the druid’s magic potion – is his ability to please and renew his audience, generation after generation.”

The characters embodying French spirit, he says, are timeless and such a part of French heritage. “Their stories are an opportunity for readers to get a glimpse of the history of the figures’ country of origin. Making the humour and stories accessible in another language and culture is no mean feat, so I warmly congratulate the translators for taking up this challenge,” he adds.

Ajay Mago, publisher, Om Books International who claims to have grown up devouring Astérix comics, says, “I would wait with bated breath for the subsequent album to be released. And I was amazed at the amount of cultural history that these apparent comics are replete with. Every character has been so carefully crafted.

Every dialogue has layers of meanings. It was back then that I had decided that, someday, I would love a Hindi edition of this series. I was in touch with Hachette Livre for over five years before they were convinced that we were the right team of professionals to tie up with for the Hindi edition.”

With an M.Phil. in French Literature from Université Paris, Dipa has been a publishing professional for nearly two decades.

Puneet is an advertising professional and a producer of audio visuals. A die-hard comics enthusiast since childhood, he has translated the comic series, Tintin, in Hindi too.

Dipa recalls, “We tried our best to translate everything perfectly but some comical translations also came up when we tried to get a perfect word or phrase translated into Hindi.”

For Puneet the characters and the humour of the comics matters. He read out some lines, which were hilarious, when translated into Hindi.

“I am lucky to be a part of this and thoroughly enjoyed the journey of translating a language like French into Hindi. Though there was a lot of hard work and thinking to be done but Dipa and I managed to complete the task we wanted to accomplish since quite some time,” he says.