10 things you probably did not know about Good Friday

The earliest known use of "Guode Friday" is found in The South English Legendary, a text from around 1290. 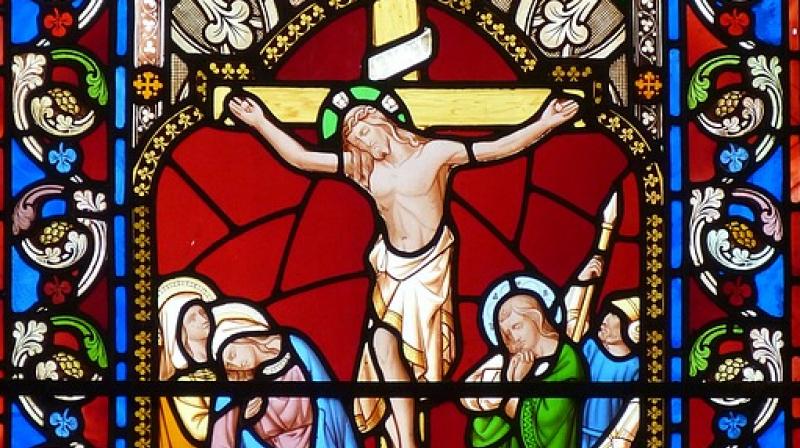 Accounts of the Gospel state that He was put to death after he was betrayed by Judas and the date falls during Holy Week on the Friday before Easter Sunday. (Photo: Pixabay)

Good Friday is commemorated because the date marks the crucifixion of Jesus Christ and his death at Calvary.

Accounts of the Gospel state that He was put to death after he was betrayed by Judas and the date falls during Holy Week on the Friday before Easter Sunday and sometimes coincides with the Jewish celebration of Passover.

According to experts, the term ‘Good Friday’ was coined because the word ‘good’ means pious or holy.

Here are a few facts about Good Friday that you probably did not know about:

Guode Friday: The earliest known use of "Guode Friday" is found in The South English Legendary, a text from around 1290. But it seems contradictory to call a day that is about death "good." The thing is, despite Good Friday representing the anniversary of Jesus's death, it's also about the triumph of his rising again.

Extreme faith: Christians in the Philippines whip themselves bloody with metal chains and are nailed to crosses to experience the suffering of Jesus as an act of holy penitence.

Church bells toll 33 times: There are many various traditions and rituals that surround Good Friday from all over the world. Some include a life-sized cross placed at the center of the altar in church that parishioners can then touch. Then there are some church services that conclude with a bell tolling 33 times in succession to represent each year of Jesus's life.

Go fly a kite: Bermuda is known for a custom that dates back to the 19th century: flying a kite on Good Friday. A kite is flown to symbolize the cross that Jesus died on and his ascension into heaven.

Dancing is outlawed in some places: In Germany, the day is referred to as Sourowful Friday, which reflects on the sadness of Jesus's death. In fact, even dancing is frowned upon in Germany on that day.

A parade in Ecuador: In the historic district of Quito, Ecuador, there are men, called cucuruchos, that dress up in purple robes and pointed masked headdresses and walk in a special procession on Good Friday. They are joined by other Ecuadorians who dress up like Christ and lug about a heavy wooden cross to partake in the Procession of the Penitents. The event draws about 250,000 people to each year.

Good Wednesday instead: Rather than the more traditional Friday observance, Wednesday becomes the "good" day for many Baptist and non-Protestant churches. They use the date of the Jewish sacrifice of the Passover Lamb as their observance of the crucifixion.

No alcohol: Alcohol is mostly missing from Irish pubs this one day..

Eggs are not just about Easter: The legend in Ireland is that if you collect eggs laid on Good Friday, they'll never rot. Some hold on to eggs for decades just to prove the myth. Another Irish tradition that isn't as risky is to eat in an egg on Easter Sunday that was laid on Good Friday. Supposedly, you'll reap health benefits all year long.

Time to fast: Many Christians fast or abstain from eating any type of meat on the day. Others are slightly more lenient, indulging in one full meal and two smaller ones.