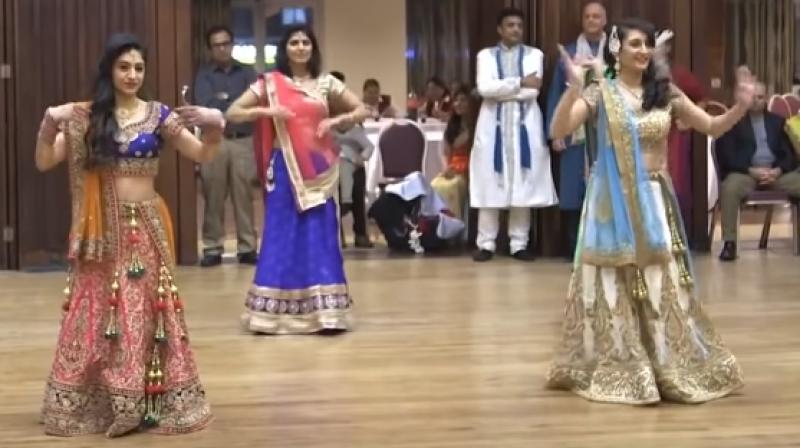 The video which was posted in January has gone viral only recently on social media and the internet cannot stop sharing it. (Photo: Youtube)

Indian weddings are quite a big deal for many families and it is nothing short of a performance at the various pre-wedding ceremonies. While earlier it was all about glamour, recently it has become all about the dance performances by the bride and her friends and one bride certainly seem to have got her dance moves right because the dance video from her sangeet as gone viral.

The viral video which is over 17 minutes long has the bride starting the dance with a popular Bollywood song ‘Prem Ratan Dhan Payo’ while her friends join in later. Towards the end, she is even joined by her family while the bridegroom looks on at the performance at the sangeet. These video is turns out to the perfect example for the term ‘The Big Fat Indian Wedding’ commonly used in India and which ceremonies that never seem to end and even last over a month starting with the ‘sangeet’.

Surprisingly viewers have sat through the marathon sangeet with patience because it now has over six million views. While it is quite long, the detailed choreography for the dance is commendable because most families even have dance practices to get the moves right and this bride certainly has.