We speak to city dwellers to weigh in with their take on the matter. 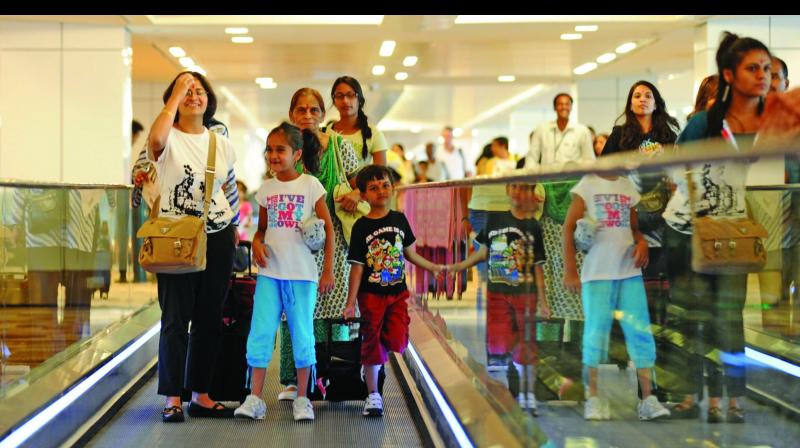 Missing a flight can be traumatising for people, as they are expensive to purchase but still people tend to almost miss their flights so many times. (Photo: AFP)

The SC said that it is not an obligation for airline companies to ensure that everyone is on board.

Have you been on the edge of missing your flight but somehow, you managed to be on board? Well, it is because you trust the airline so much that they won’t leave you behind considering it’s their duty to do so. Well, not anymore!

The Supreme Court has recently announced that airlines are not “contractually bound” to ensure that every passengers reach the gate on time in order to board the flight after issuing boarding passes.

So if you are a flyer and after the check-ins at the airport, you will be on your own and there will be no obligation of airlines to escort every passenger. However, if you are still facing difficulties to reach the boarding gate, you would have to take the help of the ground staff at the airport.

Missing a flight can be traumatising for people, as they are expensive to purchase but still people tend to almost miss their flights so many times. Like Shirshendu as he is someone who flies  from Delhi to Mumbai and back, regularly. The number of occasions, he almost had to miss his flight have been many. He narrates further, “One incident I remember is that after getting the boarding pass, I was chilling at the airport roaming around and got late to reach at gate on time as it was far but I managed to get the flight.

On the decision taken by the SC, he opines, “It is something that has not done intentionally, but if this happens now I know I will miss my flight. This is the right thing what the authorities are planning to do as people actually take their flights very causally and miss them.”

Whereas, Riya Gupta a student expresses that the decision made by the Supreme Court is a very just decision in her opinion, considering that a lot of people purposely laze around and avoid coming in early so that they don’t have to wait at the airport once the boarding pass has been issued. She further points out, “While, it is seen as the duty of the airline staff to make sure that the passenger has proceeded towards the security check and to ensure that he/she is seated in the carrier on time. But, it is not so and is far from the job that they have originally been assigned.”

Ambar, a recent graduate also echoes the same sentiment saying, “It is our headache to reach on time as it is our ticket — our journey. But morally speaking, the airline companies have this responsibility but it is not an official obligation although it may seem quite rude.”

Kartik, a student, suggests that if one wants to avoid not missing their flight because of traffic, he says, “Using the metro trains to reach the airport would be convenient than using any road-based transport.”

Shriya Sachdeva agrees as well calling it a good judgement and concludes, “Indians already have a tendency to not take deadlines seriously. With this thing coming into action, it will at least make people a little more punctual and will lead to less chaos.”