Realities and fantasies about life

Hyderabad based artist’s work showcases the versatility of printmaking as an art form. 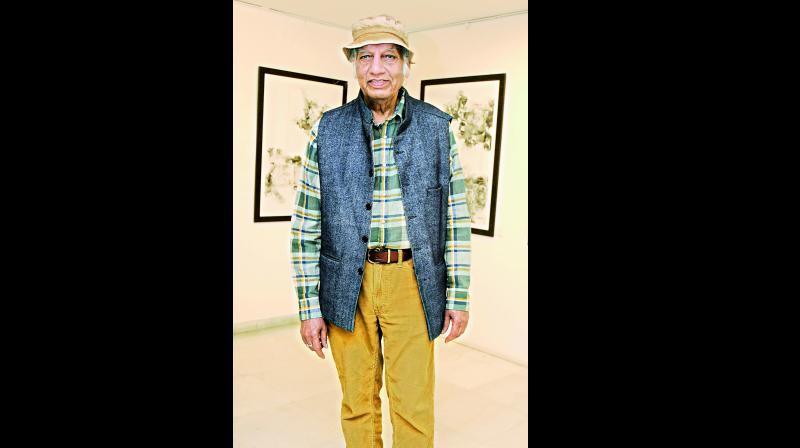 Championing the use of new technologies and papers, Devraj Dakoji has spent a large part of his life trying to bring the art of printmaking into the mainstream. Known as one of the pioneers of printmaking as an art in India, Devraj is showcasing his ‘Wheels of Life’, an ongoing series, at the Shrishti Art Gallery. The exhibition, aptly titled Realities and Fantasies, is his first in the city after a gap of five years.

Elaborating on his recent work, the artist says, “This series brings attention to how the cycle of life continues despite the reality of man’s destructive interaction with nature. In this series, I have used sumi ink on Yupo paper, which not only is waterproof but also elevates the work, adding a unique touch to it — the colours react differently on this surface.”

Devraj Dakoji, who was born in Hyderabad and graduated from the College of Fine Arts and Architecture here in 1965, is friends with veteran artists from the city, which includes Laxma Goud and Thota Vaikuntam. The late Surya Prakash was also his dear friend. 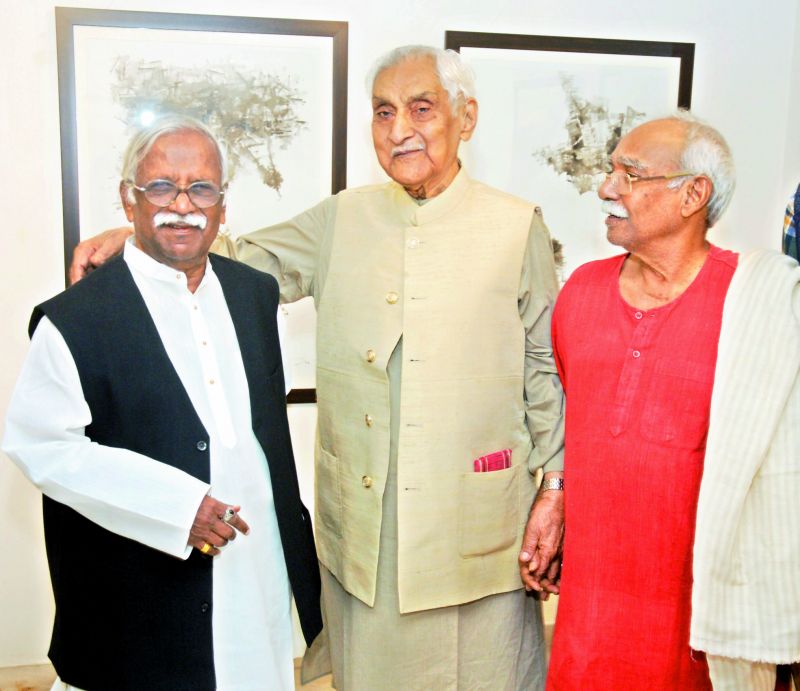 Dakoji got a scholarship from the Lalit Kala Akademi to study printmaking in Baroda. He has explored the art and excels in several media, such as pen and sumi ink drawings, watercolour paintings, and printmaking techniques, especially lithography. He has worked to contribute to printmaking (the art of making prints of an image on a surface, using various types of technology and materials) through its practice as well as through teaching, both in India and abroad.

Devraj has held many solo presentations of his works at prestigious galleries the world over, apart from collaborating with eminent artists.

Collaboration with other artists has been important to him, to learn and grow as an artist. “Even in the times of Raja Ravi Varma, Germans came to India and collaborated with artists in Bombay,” he explains.

Devraj spends most of his time in New York, practising at the prestigious Robert Blackburn Studio, where he works with local artists. He also worked here as an apprentice to the renowned printmaker Krishna Reddy. His earlier works captured the city’s rugged terrain with rocks and boulders.

Reminiscing about his time in US and about a collaboration with M.F Hussain, the septuagenarian master printmaker says, “One day, I was just relaxing in my studio when Hussain came in. He wanted me to work with him for some prints. Though our first collaboration didn’t work out well due to lack of proper infrastructure to print his experimental paintings, we later did collaborate. What we had in common was our passion to keep on experimenting and challenging ourselves with new techniques.”

Devraj is planning to take the show to Mumbai in the latter half of the year to raise awareness about printmaking. “US and China are pioneers in printmaking; India is still not there due to lack of exposure. Hope we too will reach that level soon and appreciate the medium as an integral part of art,” the Dakoji concludes.