Going against the tide

Author Aarti V Raman’s 18th book The Worst Daughter Ever is a bold yet comical take on gender stereotypes that exists in our society. 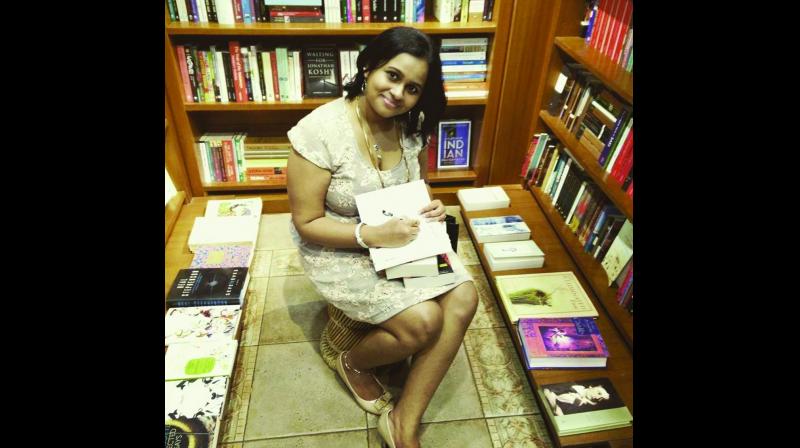 The protagonist of Aarti V Raman’s is a heroine who doesn’t conform to the societal stereotypes. Lasya ‘LJ’ Raghavan is a single, unsuccessful playwright with an estranged family, crippling debt, and a job she doesn’t like. Considered the black sheep of the family, LJ has to undertake a family visit when her grandmother passes away. As she negotiates her complex relationships, this coming of age story take explores love, loss, family, redemption and forgiveness. Explaining her reason to create a rebellious protagonist Aarti explains, “ LJ is basically an extension of the human psyche and to present that, it is okay to be what you are,” says the author who believes that throughout the civilisation, women have been taught to not value their existence and have been compared for every small thing. “We are told what to wear and not. We are taught to keep our bra straps hidden and it shouldn’t be seen. So, when you are defined by the relationship you have with the other person but not as an individual, it gets internalised,” asserts the journalist-turned-author.

Written in a first-person narrative, the story of LJ is relatable because to some extent, every woman comes across a situation, where she is expected to conform to societal stereotypes. Stuck in an under-paying draining job, recent heartbreak, and stress, LJ comes out as a story of a woman born in a big fat joint family that expects her to be in a certain way. She has accepted her ‘not so perfect’ self but doesn’t wish to justify or explain those who she meets at her grandmother’s funeral. “All of us have complexes and that inspired my characters. We feel less if we have not achieved certain milestones. The complexes are born out of comparison. We never want to accept a woman who isn’t her best version,” says Aarti and adds that she wanted her protagonist to go through the uncomfortable growth. “It’s her journey and if she wants to be the way she is, then she has to struggle and triumph over it,” she opines.

Written in the span of seven days, Aarti’s other female characters such as Ahilya – a single mother, Kritika – an ideal wife, also hold a mirror for those who have been battling with their own struggles. “They are going through different struggles. We are living in the most modern times, yet many people are not open to women choosing their life partner. This is a story of women in general,” says Aarti. Weaving the characters in raw emotions – love, lust, anger, and grief – Aarti’s The Worst Daughter Ever is a bold yet comic take on societal stereotypes.