The honeymoon may be short but that doesn’t mean you can’t prolong the wedded bliss. 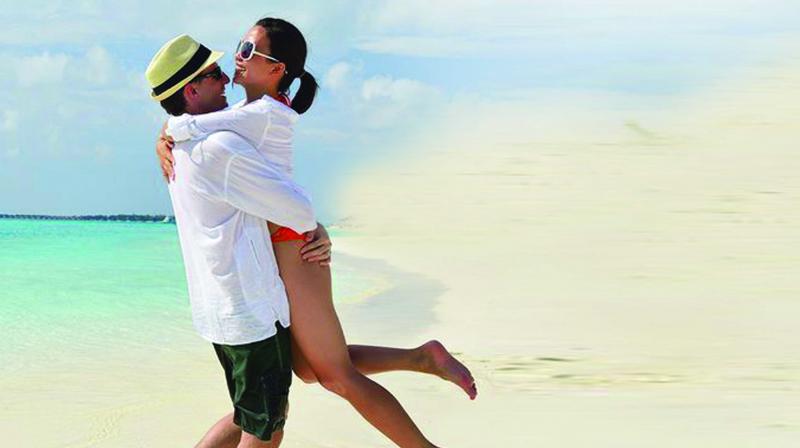 “We met courtesy a hi-end matrimonial portal, and things were good,” he is recounting his story to me at my club, over melba toasts and tea, and I am interested because it's a relationship saga of ebbs and flows through which they have swum and come up holding hands in a renewal of love again.

“We met  courtesy a  hi-end matrimonial portal, and things were good,” he is recounting his story to me at my club, over melba toasts and tea, and I am interested  because it's a relationship saga of ebbs and flows through which they have swum and come up holding hands in a renewal of love again.

So I listen. “The first meeting itself was  a sign of good things. We'd both been through our searches of a match through various avenues and  come away dissatisfied. My expectations were  low, but she had dressed with care, and had a courtesy in her demeanour that won the first round. Spontaneously, my best side came to the surface and  second and third meetings had us hotting it off with love just round the corner.”

She liked his sense of humour and enjoyed his company and I think these are winning qualities in a relationship. They dated and it  soon  became clear that compatibility was high on culture, mindsets, tastes in food and value systems. I’d say more than gauging a prospective relationship on material comparisons and exchanges, it’s smarter to look out for compatibility in tastes, conversational commonalities and synergies along with laughter and chemistry when looking out for a long term bond.

They got married and the honeymoon extended way beyond the fortnight at a hill resort.“But you know what Nisha?" Of course I can guess! The honeymoon period wears thin! “Yes,” he says, “she had been tolerant, even accepting, if I didn't shave on holidays or wore a shirt that didn't meet her sartorial inspection, and I was indulgent with her experimental housekeeping and weird transformations of fusion cooking. We laughed at each others foibles and quirks and life was light hearted fun, for she'd spent our entire salary on (for God's  sake) kitchen curtains. Our Saturday fine-dining  was at a tiny South Indian Udipi restaurant with as much appetite and laughter as a five star meal” he shared.

Then where did things change? He couldn't put a finger on it but somewhere  her soft,sexy trill transformed to  a matter-of-fact admonishment or censure. He is prepared to admit that he   began to be critical of her ways of doing things and expectations and he'd go “You used to be intelligent — use your brain and understand what I meant when I asked you to ....!” to her shrill rejoinder! “Don't argue!” And he'd  shout and admonish her. “Cut the long story !” I say “How did you transform things?” I ask.

Often what starts as a match made in heaven becomes a nightmare when kids, housekeeping, finances, home,  staff issues, rents, plumbing, carpenters, expenditures and interfering parents get in the way. People who come from different mindsets and backgrounds, skills  and varied outlook may after the ‘honeymoon period’ fall apart leading to acrack in the relationship.

On the other hand, one can salvage what was once a beautiful relationship with some work because everything in life takes work, empathy, compassion and voila — you’re back in the honeymoon period with a ‘best friend’, supporter, companion, lover, mentor and guide. Nothing comes too easy and the same goes with marriage. How much ever you imagine a perfect relationship,  perfection comes with perfecting and ironing out the differences.