‘Want women and men to openly talk about menstruation’

Rayka Zehtabchi talks about her motivation behind making the film and how this nomination is an opportunity to highlight the issue on a bigger scale. 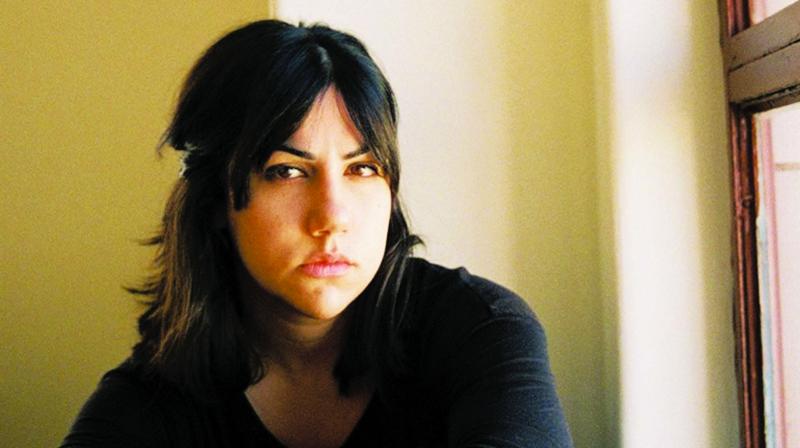 Director Rayka Zehtabchi’s India-set documentary, Period. End of Sentence., which has been nominated in the Documentary Short Subject category at the Oscars 2019, captures on film a quiet revolution spearheaded by women in a rural village in Hapur, a district on the outskirts of New Delhi. The catalyst for the revolution is ‘Pad Man’ Arunachalam Muruganantham’s low-cost pad machine, which uses locally available raw materials and a small amount of electricity to make inexpensive, but effective sanitary napkins. As the documentary progresses, we see how women, initially bashful about the topic of menstruation, go on to take their menstrual health and hygiene seriously and even use the machine to birth their own business of manufacturing and marketing ‘Fly’, a homegrown brand of sanitary napkins that hopes to ‘help women soar’.

The Iranian-American director is obviously ecstatic about the nomination. “We are all over the moon! We wanted to make this film to spread awareness. Now we have the opportunity to share our message on the biggest stage in the world,” says Rayka. And there’s a good reason why the filmmaker uses the pronoun ‘we’ because the documentary has an interesting back story. The documentary, just like the machine, has been funded partly by a group of young girls from Oakwood High School, Los Angeles. 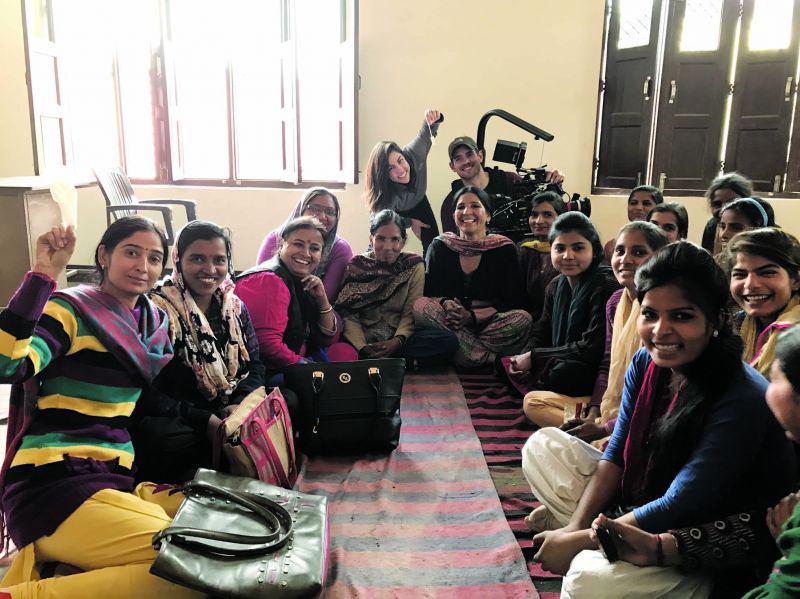 “This entire project started with a group of young high school girls and their English teacher after they learned that women are being shamed for their periods all over the world and that some women are even forced to drop out of school because of it. I was so motivated by this group’s gumption and tenacity. I thought, ‘If they think they can change the world, then I want to join them’,” shares Rayka. Bake sales, yoga-thons, crowdfunding campaigns, and a partnership with a Delhi-based NGO helped the students purchase and install the machine and also produce the documentary.

But these children don’t make an appearance in the documentary, and Rayka tells us why. “When we arrived in the village to begin filming, we were so astonished at how much of an impact this machine was going to have on these women’s lives. It became very clear that this was their story. We needed to capture the truth about the taboo and how crippling it can be for women, and how this group of incredible village women are fighting against it by starting their own business,” she shares.

And the rustic visuals do a great job of capturing the taboo and the shame. We see little girls burst into embarrassed giggles as soon as the word ‘period’ or ‘pad’ is mentioned while men feign ignorance about this important bodily process or turn a blind eye to the machine and its functions. Women, on the other hand, share their struggles with using and disposing of the only ‘menstrual hygiene product’ they're aware of – cloth. The camera often lingers on faces just a little longer than is comfortable and it is in these prolonged moments that we see, not only internalised shame and stifled anger, but also glimpses of curiosity and the desire for empowerment.

Rayka says that capturing these candid reactions and revelations took a lot of work. “The reality was that no one wanted to talk about periods because it made them uncomfortable. I think it was really important for us to be gentle and understanding with our subjects,” she writes. The team that spent about two weeks filming in the village was a small one and included Rayka, cinematographer Sam Davis, a translator, and a sound and camera team made up of locals. But despite the small team, Rayka says that they had to be extra vigilant about maintaining a low-key presence.

“We were careful about leaving a small footprint in the villages. After all, we knew that we were foreigners with a film crew, entering a really remote area, and interviewing our subjects about an incredibly sensitive topic. As a filmmaker, all you want is to keep things organic and intimate in that type of situation. Every day was a game of chess, both logistically and in regards to the interviews. We asked ourselves questions like 'which corner of the village should we enter from to draw the smallest crowd? What’s the best way to strip down our crew and gear? How do we earn the trust of our subjects in such little time?'” she shares. The director also reveals how once, they were banned from entering one of the villages in the area.

Apart from logistical challenges, Rayka and her team struggled with their own emotions when they first set foot in Hapur. “We were so shocked to learn how little knowledge the women and men had about menstruation and heartbroken that so many of them had to go through life being afraid of their bodies.” The director, who was present in the village when the machine arrived, also recalls how the arrival of the machine impacted the film in a positive way. “The day the machine arrived was the highlight for us. The excitement was like nothing we've ever seen before. It suddenly wasn't so hard for us to talk to our subjects about the pads and menstruation. They were coming to us!” she shares.

Since the documentary captures in heart-warming visuals the change, economic and social, a group of empowered women can foster, Rayka is eager for this documentary to be screened across schools and organisations, especially in India. "The education component is really important to us and was initially why we set out to make the film in the first place. We want women and men to openly talk about menstruation. That will be the most effective way for us eradicate the shame and taboo," she avers.

And the documentary succeeds in doing this because, contrary to its title, 'Period. End of Sentence'. does a great job of provoking conversations around menstruation. By presenting the personal stories of several women in the village, we see how the machine is helping them accomplish goals and how peroids are no longer a hindrance in their quests. As the documentary comes to a close and the pad machine in a distant village in Hapur whirs into action, we are reminded about the true the function of the period - to end a sentence and not a life, and this is the case at least in some of the villages in our country.