The lungi is typically worn by men around their waist in India and South East Asian countries. 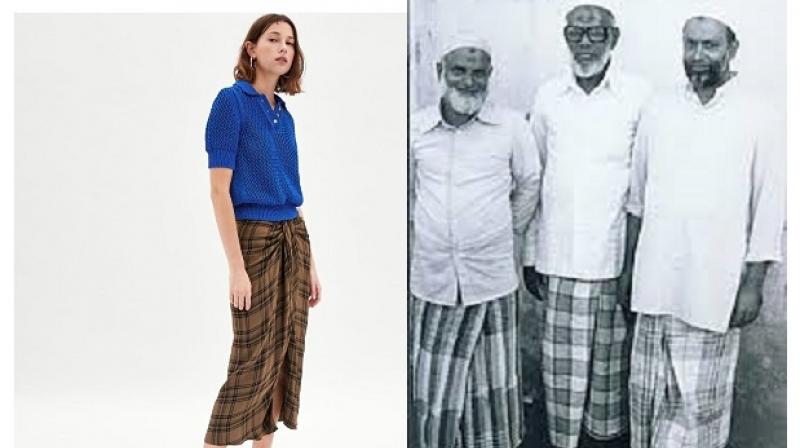 An international retail company, which deals in clothing and accessories, has introduced 'check mini skirt' that has an uncanny resemblance to traditional Indian lungis.

The sarong-style skirt is being sold at Zara's UK online store at £ 69.99, which is equal to more than 6250 Indian Rupees.

The clothing giant describes the item in their UK online store as, "flowing skirt with draped detail in the front, slit detail at the hem. Zip fastening in the back hidden along the seam."

Twitterati had a field day over the lungi-style skirt, here are some of the best reactions:

The idea of someone buying a £70 lungi is qwhite funny. https://t.co/gXZl55PZcg?amp=1

...thanks zara for fulfilling my lungi needs pic.twitter.com/KUCCKtvjMI

Who wore it better? And yes Zara, that's a lungi! pic.twitter.com/65KwCBxIDC

Usually, the traditional sarongs come in a variety of patterns and colours at much cheaper rates in other Asian countries.