The calf is in good health now, and has been discharged from the hospital. 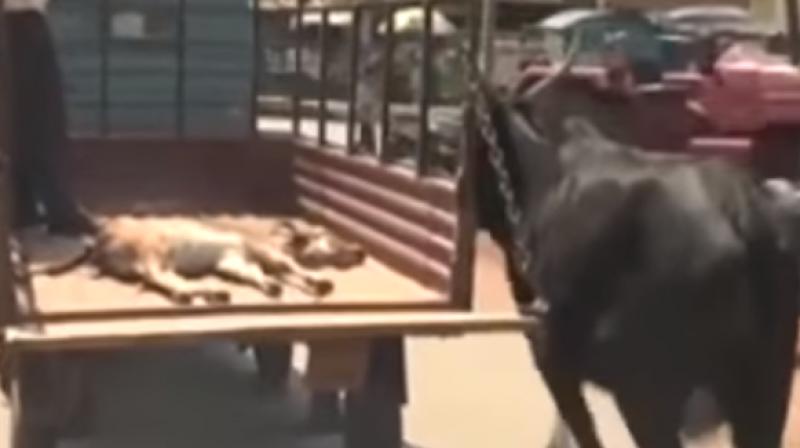 The mother followed behind the lorry for almost half a kilometer, showing just how deep a mother's love is. (Photo: Youtub/ Asianet Newsable)

A mother's care is incomparable through all species and this touching footage of a cow following a lorry carrying it's injured calf to the hospital is testament to that.

The incident that took place at ear the Jayaprakash Narayan Chowk in Haveri, North Karnataka shows a calf was being taken to a veterinary hospital for treatment when passersby saw its mother following the lorry that was taking it there.

The two-and-a-half month calf suffered an injury that got infected, leading to tetanus.

When the owner decided to take the calf to the vet, the mother followed behind the lorry for almost half a kilometer, showing just how deep a mother's love is.

The incident took place on January 25.

As per NDTV reports the calf is in good health now, and has been discharged from the hospital.