Tribals use fake leopard skins to save live cats 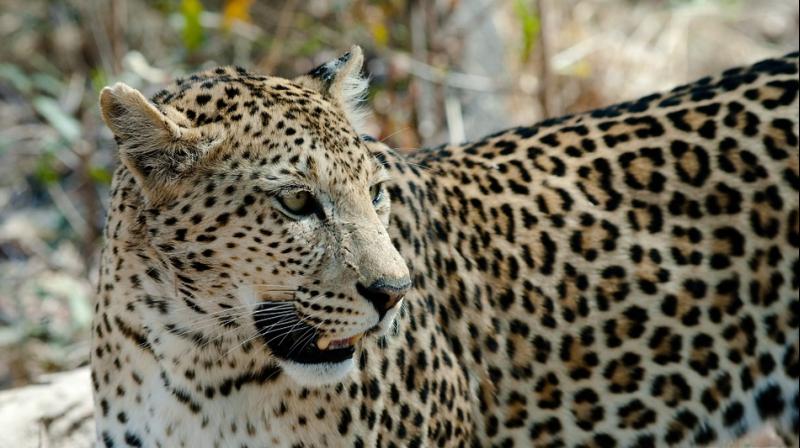 The replica pelts, called "amambatha," are being widely sold but the original skins are being sold for a much higher price for people who take pride in owning them. (Photo: Pixabay)

Ebuhleni: At least 1,200 men in ceremonial attire danced at a mainly Zulu gathering in South Africa on Sunday, wearing a mix of hides of illegally hunted leopards and Chinese-made, spotted capes designed by conservationists to reduce demand for the real thing.

The phalanxes of dancers with shields, headgear of ostrich feathers and other regalia on Sunday evoked the proud traditions of one of South Africa's main ethnic groups, as well as the piety of the participants, whose Shembe religious movement blends Christian and indigenous beliefs.

The event in Ebuhleni, north of the coastal city of Durban, also testified to an openness to change because roughly half the men were wearing fake leopard skins rather than genuine pelts, symbols of power because of the predator's grace and lethality. In fact, leopards are vulnerable on a continent with a rapidly growing human population, their numbers diminished by habitat loss, illegal hunting for their skins and other factors.

"It's like abusing the animals if they're hunted to get the real skin," said 67-year-old Msoleni Manqele, who collected a manufactured copy of a leopard hide from a Shembe distribution office, which had in turn received a batch of fake pelts from the Panthera conservation group.

The white-bearded Manqele spoke in awe of the leopard, describing it as a "king of the jungle" that fights with its claws, teeth and hind legs. He said he knows leopards "personally" because he lives near a wildlife park, but acknowledged with a laugh: "I'm also scared of them."

One dancer, Madoda Zungu, wore a real leopard skin but said he also had one of the fake samples, first handed out in large numbers by Panthera in 2013 after years of negotiations with Shembe leaders, some of whom were resistant to shaking up an old custom at the behest of outsiders.

"It's very important to know where we are coming from. This symbolizes our tradition," said Zungu, a municipal councilor. The leopard, he said, "is one of the animals that actually has got power in terms of the strength, in terms of thinking, in terms of doing and being a leader. Another man, Kholwali Nxumalo, said he had settled for a fake fur, but still hoped to buy a real one despite the expense.

While the replica pelts, called "amambatha," have been distributed for free or a small levy, vendors near the dance site were selling real leopard skins for about $370, as well as the tails of monkeys, genets and serval cats worn by dancers, often around the waist. A few skins of cheetahs, another imperiled species, were also on display.

The imitation leopard skins, besides being a free or cheap alternative to the real item, are more durable in the rain. The mock versions generally look shinier and neater than their real counterparts, which need to be replaced after about a decade.Learning about fashion was a challenge for Panthera's "Furs for Life" project, which modeled imitations on a haul seized from a poacher and used a complex weave technology that wasn't available in Africa.

"We took those skins, we photographed them, we then digitized them into the pixels that the machine needs and then we sent that into the factories to try and make it exactly as that original fur," said Tristan Dickerson, the project manager. Dickerson also navigated the Shembe movement's divisive politics, saying it was sometimes hard to tell "if you were speaking to the right faction."

A permit is required to own a leopard skin, but authorities don't crack down on Shembe dancers, mindful of cultural and religious sensitivities. Sunday's pageantry followed a pilgrimage to a nearby mountain and is one of the group's biggest occasions in the year, drawing followers from across South Africa, as well as neighboring Zimbabwe and Mozambique.

An estimated 1,500 and 2,500 leopards are killed annually in the region to meet Shembe demand for skins, and some 15,000 real pelts are currently circulating in the religious community, according to Panthera. There are fewer than 5,000 leopards in South Africa, a relative stronghold of the animal on the continent.
Conservationists hope to expand their fake skin campaign to other ethnic groups and African countries where the leopard is incorporated into ceremonial attire. The Cartier jewelry brand and the South Africa-based Peace Parks Foundation are major funders of the Panthera program.

Decades ago, only Zulu aristocracy wore real leopard skins, but more people took up the custom, partly because of growing affluence. Lizwi Ncwane, a Shembe leader, wants the prestige of a real pelt to once again be the exclusive right of royalty, with followers using the copies."We want to conserve the leopard," Ncwane said. "But at the very same time, we don't want to push people away from their culture and customary practices."