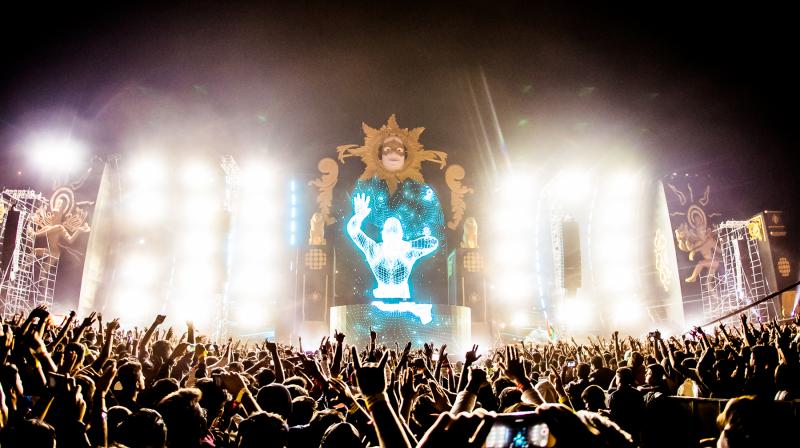 The musical extravaganza raised its curtains for its loyalists from across the globe with day one of the festival seeing an astounding attendance.

Ola Sunburn’s 11th edition kick started at the Oxford Golf Resort, Pune amidst the serene landscape of Lavale. The musical extravaganza raised its curtains for its loyalists from across the globe with day one of the festival seeing an astounding attendance of thousands from different parts of the world and the country.

The main attraction on Day 1 was the concluding act on the main stage with The Empire of the Sun2.0 which witnessed a power packed set with World No. 2 Dimitri Vegas and Like Mike as they pumped up the atmosphere by tuning in tracks like "Complicated" , "Hook Up" and others. The evening also saw Coone perform.

The other attractions were acts by Mad M.A.C Akade and Talamasca who truly upped the ante on day 1 making people curios for day 2 of the festival.

Karan Singh, CEO Sunburn said, “Given the promise to our fans in this new decade, we moved to a new venue surrounded by breath taking view of nature around the festival area. The venue with its natural charm and greenery has attracted more people than we had expected, the accessibility and connectivity to the Oxford Golf Resort has played a major role."

He went on to add, "The entertainment has just begun and it is astonishing to see the crowd on the first day. We have three more days to go, things look promising and we expect a record breaking attendance over the coming three days leading up to the New Years Eve.“