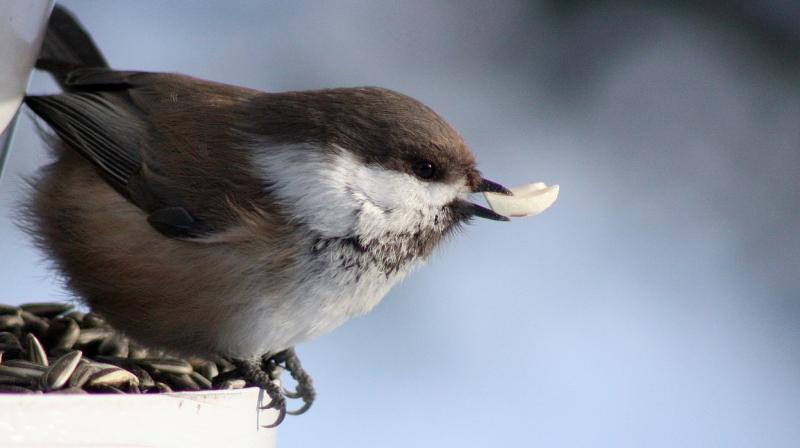 Animals simply cannot understand the call in the presence of noice in the neighbourhood. (Photo: Pixabay)

Be it in any specie, pollution causes tremendous harm. A new study finds that traffic noise makes birds less responsive to alarm calls that would otherwise alert them to dangers such as predators.

The findings were published in the journal of Condor: Ornithological Applications. Traffic can have negative effects on animals that rely on sound to communicate and get information about their surroundings. Researchers from New York's Vassar College tested how traffic noise affected the reactions of Black-capped Chickadees and Tufted Titmice to titmouse alarm calls, which warn birds that a predator is nearby.

Using speakers set up near feeding platforms baited with bird seed, they recorded the birds' responses to three different recordings--alarm calls alone, traffic noise alone and a combination of the two. The traffic noise did not deter the birds from feeding, but five times as many birds approached speakers when the researchers played alarm calls on their own compared with when traffic sounds were added.

"There has been lots of work on how anthropogenic noise affects vocal production, but much less on the response of animals to signals in the presence of noise," said a study author Megan Gall. "Additionally, a lot of this work focuses on song, but we were interested in how noise might affect responses to an anti-predator vocalisation. These vocalisations are evoked by the presence of a predator and so are closely linked in time with a particular stimulus," Gall adeed.

The study's results suggest that traffic noise can reduce birds' ability to hear an alarm call, potentially increasing their vulnerability to predators. "Gall and Jacob Damsky's experiment helps us understand how human-caused noise can interfere with the transfer of information among animals in social groups," said an expert in vocal communication in birds Rindy Anderson from Florida Atlantic University.

"It's interesting that the birds' foraging behavior was not affected under any of the playback conditions, which suggests that the behavioral effects were due to the call playbacks being masked by noise, rather than the noise being simply aversive," Anderson explained,