The retirement age and pension policy proposed by the Chief of Defence Staff, has irked several among the serving and veteran fraternities 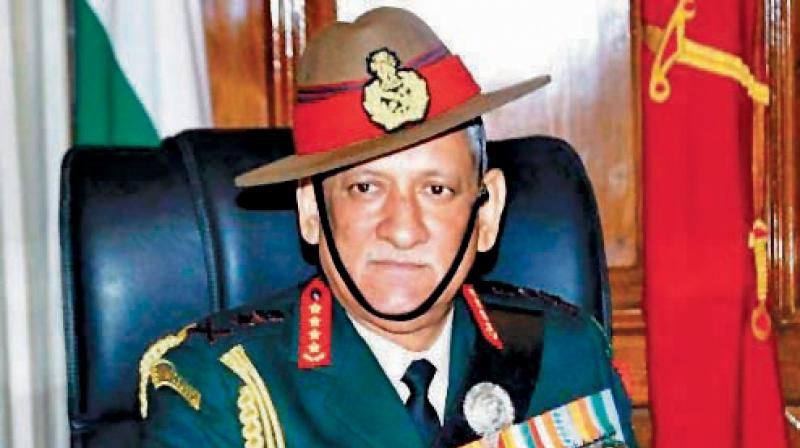 Body copy: The Department of Military Affairs (DMA) recently announced to implement the proposal of increasing the retirement age of all officers in Indian defence forces by one to three years by April 2021. According to DMA, the extension of retirement age has been proposed with an intention to retain the highly skilled manpower in the defence forces. The letter also, incidentally, proposes a proportionate decrease of their pension based on their length of service.

However, the proposal—which also recommends to ‘review’ (read slash) the pension of commissioned officers seeking premature retirement—has irked several in both the serving and veteran fraternities, who view it as trying to create an enigma of insecurity.

A serving brigadier in Indian Army shares his response to the proposal, on the condition of anonymity, “I will die happily on the battlefield if you order me to do so. I will follow your orders as I have sworn to do so. But my heart evokes no loyalty towards you, General Bipin Rawat. God save our army and our Nation.”

Failing to serve as per the new proposal would directly hit their retirement benefits and pension.

While a layman might see the proposal as favourable to the officers, given the increase in the number of years in the service with all the benefits, defence experts are categorical about why it stands unjustified.

Colonel Rajinder Singh Kushwaha (RETD), Author & Defence Analyst, explains that the idea of age enhancement might not be appreciated because of rising ‘dead-wood liabilities’ after suspension of officers. “The disadvantage of age enhancement, besides leading to ageing Colonels/Commanding Officers (CO), would also create a huge flock of disgruntled officers. It would also block vacancies in the rank of Colonels for five more years and thus the age of COs would go up by five years,” he explains.

Group Captain Johnson Chacko (RETD) also agrees that only young officers can fight well at the border. “Youngsters are better motivated and smarter. Veterans of the Armed Forces are a great talent pool. If retrained, they can do wonders for the growth of the Nation. But encouraging them to hang on by reducing pension is a disaster we cannot afford,” he states.

Along with the retirement age extension, the proposal also embodies the core issue of pension formula. As per the proposal, an officer with twenty to twenty-five years of service will get 50% of entitled pension. The existing entitled pension is 50% of the last-drawn pay.

Vice Admiral Vineet Bakhshi (RETD), VSM, ex-CO-INS Shivaji, agreed with Group Captain Chacko when he points out that reduction of benefits may give rise to dissatisfaction. “The reduction of benefits may possibly give rise to passions and resentments among the disaffected populace, making them rife for disturbing the equanimity that exists in the Armed Forces. Such initiatives may become precipitators of dissatisfaction,” articulates the Vice Admiral.

The fault in our ‘defence–government’ system

The newly conceived DMA, which is headed by Chief of Defence Staff (CDS) General Bipin Rawat, is an addition to the Higher Defence Organisation (HOD), which is tasked to look after HR and coordination issues. Soon after its establishment, the department has been on fire for many reasons. This time, following the age and pension policy, it has attracted backlash from its own people.

“We are more concerned about the well-being of the competent frontline soldiers who face the real hardships and, on whose courage, and valour, we all seem to be basking in glory,” said Gen Rawat defending the new pension and retirement reforms.

However, this statement has further aggravated the fire.

Colonel Kushwaha, on the other hand, laments over the CDS’s statement. “To me, it appears that the very purpose for which the CDS was created has been fairly and squarely deleted. It is clear that the institute of the CDS has become totally subservient to the dictates of the Babus. We can expect extraordinarily little from this office in critical decision-making,” states the colonel. The officer also adds that so far nothing positive for the forces has happened.

“While other government establishments secure their cadre, we, for a few political brownie points, will surely be let down our own, as always. It is sad that we are axing ourselves in the foot constantly with poorly thought out policies and futuristic plans. We are our own worst enemy,” says another serving brigadier on the condition of anonymity while pointing to General Rawat.

Yet another serving brigadier, again on the condition of anonymity, adds that the policy has broken the spirit of the organisation. “No longer is there a sense of belonging to an elite organisation (something that is essential to perform). In all my years of service, never have I witnessed or experienced such acrimony, hatred and widespread disdain for any General. I know this because I am still serving. But I will carry out my obligations,” states the brigadier.

What’s wrong in the proposal?

·         The implications of this proposal would lead to no reemployment

·         All promotions and promotion boards will freeze for the next two or three years as no vacancies will be generated and a delayed effect will fall on the subsequent promotion boards.

·         The proposal also fails to ensure the difference between the ageing of the Armed Forces, Central Reserve Police Force (CRPF) and Border Security Force (BSF).

·         The proposal will lead the Armed Forces to shift to the National Pension Scheme (NPS).

·         Apart from increase in revenue expenditure as salaries will have to be paid for senior ranks for additional years, any savings in lump-sum retirement benefits will also be deferred to the next two to three years.

·         In addition, by implementing the policy of age enhancement, the Armed Forces would be violating the cardinal principle of ‘Younger the Leader, more risks he would take in combat decision-making’.