Star kids, envy of the world seem to prove the point that wealth and privilege are no safeguards against the ailments that affect the mind 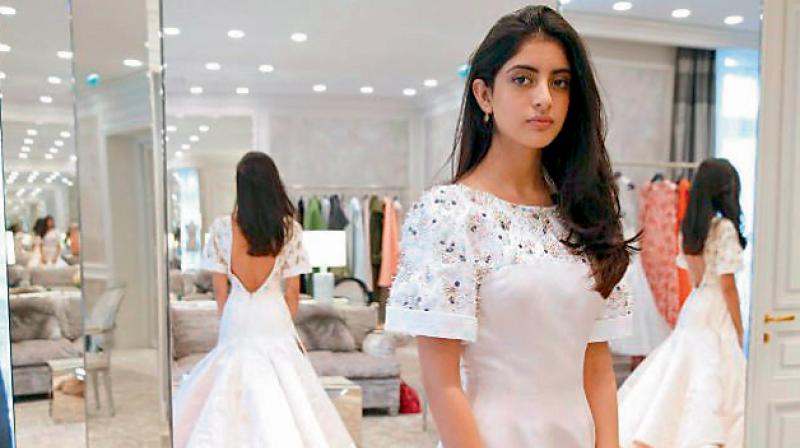 Nitya Naveli Nanda also spoke about her battle with anxiety

On October 10, Mental Health Day, several Bollywood and Hollywood actors opened up about their experience with depression and anxiety. The stars took to their social media handles to speak about how it is important to tackle mental health issues in time.

This year it wasn’t the stars alone who shared first-hand accounts of mental ill health — star kids, the privileged young people who seem to lack for nothing, came out with their own stories of depression and anxiety.

Actor Aamir Khan’s daughter Ira Khan, a theatre director, opened up about being clinically depressed. She posted a video on her Instagram page on the subject, with the intention of raising awareness about mental health and bringing people together to start a conversation about it.

Bollywood superstar Amitabh Bachchan’s granddaughter Navya Naveli too spoke about her struggle with anxiety and shared that she has been in therapy. It is to be noted that Navya recently completed her graduation from New York’s Fordham University and started her own business venture, an online healthcare portal called Aara Health.

The issue isn’t confined to Bollywood. Will and Jaden Smith may seem the ideal father-son duo on screen in Pursuit of Happiness, the 22-year-old singer and actor has admitted that he is suffering from anxiety. Speaking to Zane Lowe on Apple Music, Jaden said, “The anxiety is going through the roof for everybody, and it’s crazy. It doesn’t happen to me too much, but when it does, it happens. It’s very strong ... Sometimes it’s work-related, and then sometimes, you can really see that it’s that true, genuine anxiety, where it’s just like anything and everything.”

A few years back, the legendary Michael Jackson’s eldest daughter Paris Jackson, despite her luxurious life, spoke about struggling with both depression and anxiety. Michael Jackson too suffered from depression.

The importance of a solid family

Depression is generally associated with insecurity and deprivation. And those who view the lives of these star kids from outside may wonder how either of these issues can affect them. Counselling psychologist Ashish Malhotra explains that star children are in general intellectually gifted but lacking in self-esteem. “The star kids essentially submit to external restraint. They will readily declare that order is not their highest priority in life,” says Malhotra and adds that a disturbed relationship between parents can also play a key role in a child's mental health.

“Most star kids see their parents living separately, or, if they live together, they are too busy to devote time to these kids. Often, the children move abroad to study in their teens. These factors too can lead a child to feel depressed,” he explains.

Kangana Ranaut compared her mental condition with that of Ira Khan. She spoke about the traditional family system and how a broken family can affect a child’s mental health. In her tweet sharing Ira’s video, Kangana wrote, “At 16 I was facing physical assault, was single-handedly taking care of my sister who was burnt with acid, and was also facing media wrath. There can be many reasons for depression, but it’s generally difficult for children from broken families. The traditional family system is very important.” She appears to be implying that Ira’s depression is due to the fact that the latter’s parents, Aamir and Reena Dutta, are divorced.

Do genes have a role?

While broken families and parental ignorance can cause depression and anxiety in children, consultant psychiatrist and founder of The Freemind Initiative, Alpes Panchal, points out that depression has nothing to do with being either rich or poor.

“We need to understand that depression is like any other illness. Being a star kid or being a farmer’s kid makes no difference. It is about the way the body functions and not about the environment,” he says. However, he feels star kids have to cope with higher expectations and pressure than other children, and this could trigger anxiety. “They may grow up normally, but when they grow up, they realise they are looked at with higher expectations because of their parents, and that makes them more vulnerable to anxiety, which can later lead to depression,” Panchal feels. He also says that depression can run in families. “If someone in the family had schizophrenia, then it is most likely that the next generation will have some sort of mental health issue,” he says. Paris Jackson’s case seems to bear out this theory. Even in Ira’s case, Aamir brother Faisal suffers from a mental condition.