A photo series by Rohit Jain showcases the aftermath of the Bhopal gas tragedy of December 1984.

Showcasing the life of people living the repercussions of the disaster, Rohit’s picture series is heart-wrenching.

It has been over three decades of the Bhopal gas tragedy that struck in Madhya Pradesh capital Bhopal post midnight of December 2-3 in 1984. The vaporous night still haunts its people as it killed total of 3,787 people with the poisonous gas that leaked from the factory of Union Carbie, marking it the world’s worst industrial accident – Bhopal gas tragedy.  The city and its people have moved on in many ways and many have tried to document life after the horror, including Delhi-based independent social documentary photographer Rohit Jain.

“I read an article in a newspaper last year and it changed my perspective about the place and the people there. I thought of visiting the place and meeting the community which was affected the most,” says Rohit, who will be presenting his work titled Aftermath, curated by the Method Art Space in collaboration with G5A starting December 2. Just like many others, Rohit thought that things are over and people are living a normal life there, “But that’s not true. I met a lot of families living in some unauthorised colonies near railway tracks, and most of them are the victims of the tragedy.” 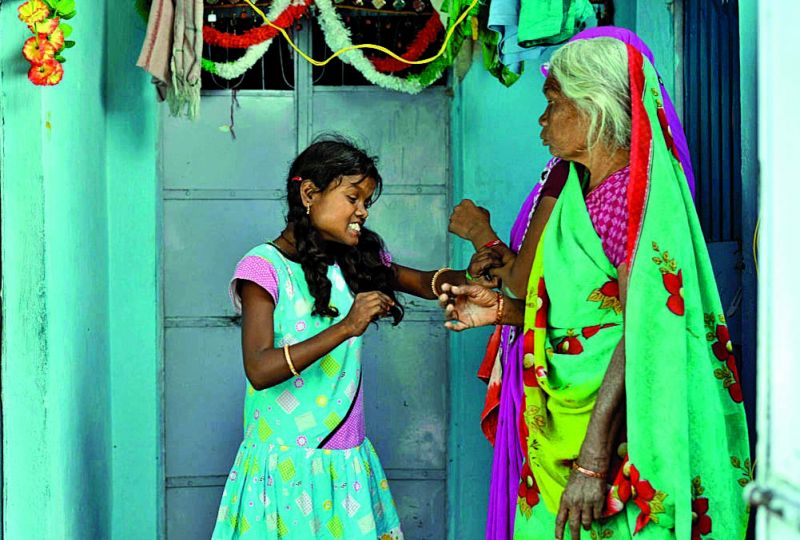 Showcasing the life of people living the repercussions of the disaster, Rohit’s picture series is heart-wrenching. Focusing on the human and life development, his photography appears as his form of activism for the children suffering from multiple physical disorders owing to the mishap. “I have never seen such a large number of children suffering from disabilities and the families still not complaining. They share a great bond and that emboldened me a lot,” says the photographer. He adds that many families at times would be reluctant to talk to him. “There were people who welcomed me, but some families were not the same. For them, it’s like another photographer or journalist visiting them for their story and nothing constructive would come out of it,” Rohit shares.

While the families of the victims were given remuneration, there was no adequate action taken to get rid of the poisonous gas. Although the government redressed the contaminated gas into an artificial pond, keeping it open to soak into the groundwater with the assumption that the hot summers would evaporate the chemicals. “That didn’t happen. So even after 15 years of the tragedy, people there were drinking that contaminated water and inviting diseases that were passed on to the generations now,” rues the activist. 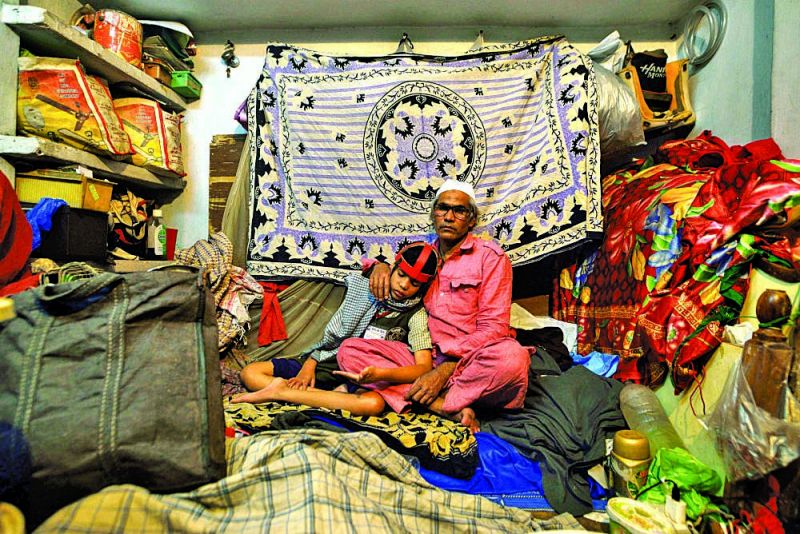 With his month-long introduction to various affected families in Bhopal, Rohit tried to capture their daily life, especially the children and their bond with their family members. The photographer finds himself surprised by the level of optimism and acceptance that the families have shown towards their fate. “No one cribs about what happened to them. I was very angry when I was capturing these children, for they are ignored by the government, but was comforted that they are priority of their family,” he reveals, adding that he was clear in his thought from the beginning that he would like to document his picture story from the perspective of those children. “I wanted to show the family with the child because you generally don’t leave that child alone as he needs continuous take care. So I captured some or the other family member with the child,” he explains.

With the Pulitzer Center Crisis Reporting Grant to his name, Rohit’s past works like When Garbage Gives Money, Poverty Kills Their Beingness, and Pain Under the Belly are also eye-opening. Reminiscing one of the incidences from his journey, Rohit recalls that a 17-year-old child Kartik made him cry when he saw the young one celebrating his life. “He is suffering from muscular dystrophy and he can’t even sit, but he was so happy to see me and started giggling and murmuring. I really felt sad for him and felt like crying, but was surprised to see that how he is celebrating his life even in this condition, and how he loves meeting new people,” he recalls in conclusion.