On the dance floor with memories of Atal Behari Vajpayee

‘Art Speaks’ was dedicated to the flood victims of Kerala along with a tribute to former Prime Minister Atal Behari Vajpayee. 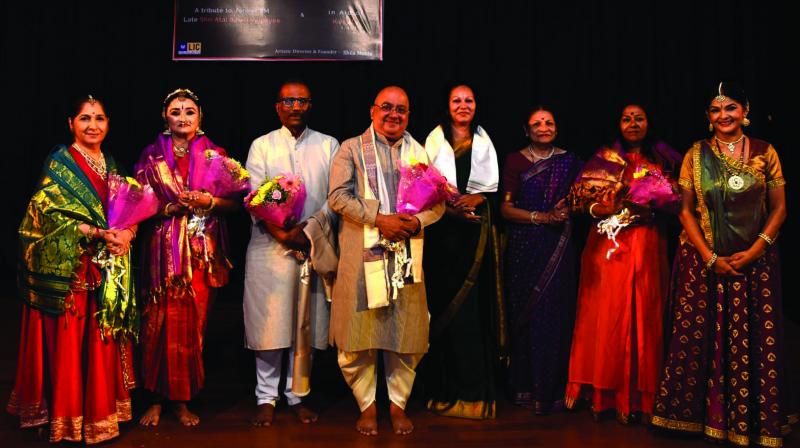 Art-related events are an important part of any city life. Be it a music event, a painting event or a dance event, every city often organises events for its art lovers. Such events are the ones that make the roots of the city stronger and also bring the people together to understand art as a whole.

Recently, the city of dreams, Mumbai, saw a very unique art event — “Art Speaks” — which was not just about dance but took people beyond dance itself. This event was more about its exclusive concept and the cause related to it. The curator of this event was the dynamic Kathak exponent Vidushi Shila Mehta who believes that the main purpose of art is to create awareness and talk about various issues in society.

“Art is not only for entertainment and showcasing, but with its constant practice it transforms the person into being humane,” says Shila. She further adds, “Art is a weapon that can be used in any field or profession to connect to a person’s higher self.”

Talking about “Art Speaks”, Shila added, “One may be a good, skilled, popular, so-called successful, musician, dancer, painter, writer or a poet, but if that art has not transformed him or her, then one may be less recognised as an artist and more as highly skilled person in that field.” She added, “Art for transformation is the philosophy I believe in and our former Prime Minister, Atal Behari Vajpayee’s life was absolutely able to reflect that and that made him to get the recognition of a good human being and an epitome of Indian culture.”

When I asked Shila as to why she remembered Vajpayeeji, the dancer replied, “I remembered Atalji because he always perceived the ups and downs of the situation with his poet’s heart even in the field of politics where emotions take last seat, but he never compromised and reached out with his art medium, i.e. poem weapon and won the hearts of his Opposition. That inspired me to look at art from that angle and make me believe strongly in the strength of art beyond words.”

Shila Mehta has always been highly influenced and groomed by the sanskriti (culture) of Kerala. She has very high appreciation for Kerala that has gifted us with great and deep, rich art forms like Kathakali, Mohiniattam and Koodiyattam, which is a traditional performing art form. Recently recognised by Unesco as a Human Heritage Art, this form of Sanskrit drama is considered to be at least 2,000 years old. “Art Speaks” was also dedicated to the flood victims of Kerala along with a tribute to Atal Behari Vajpayee. 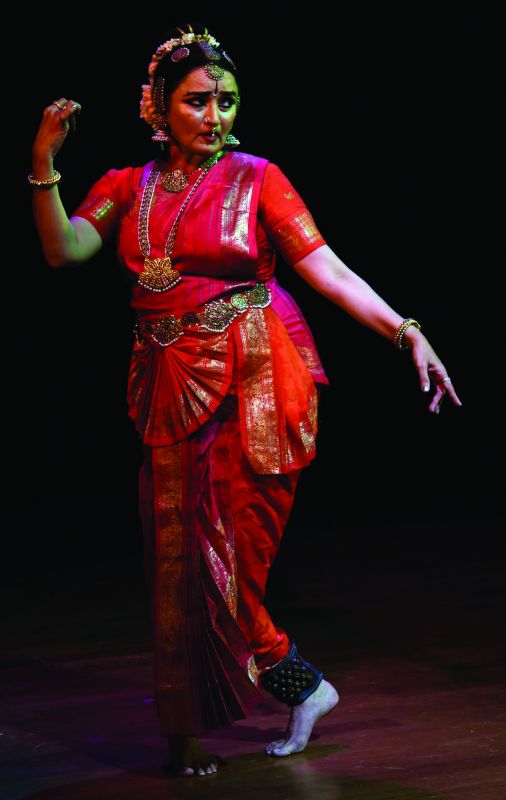 Once the touching poetry part was over, the dance session got even more mesmerising. Vidushi Uma Dogra performed Kathak, she presented a Panchakshar Shiv Stuti in Raag Malkauns, Ektaal, Baso mere nanen mei Nandlal and Raag Bageswari Adda (four beats). She was accompanied by Satyaprakash Mishra on tabla, Manoj Desai with vocals and Alka Gujjar on sitar followed by a breathtaking Bharatanatyam act by Sandhya Purecha, who displayed Swaraoada, Abinayapada and Varnam in Marathi composition from Serfoji Raja Bhosale’s Nirupanas.

Swarapada in Raga Suruti tala Rupak depicting angry, young Parvati complaining a friend that how can people call Lord Shiva as innocent. Her second composition was Abhinaya pada story based on manmath who was burn to ashes by Lord Shiva when he tried to break his penance, this second composition in Raga Kalyani Tala Adi what followed was a lovely third composition, Varnam in Raga Anandbgairavi and Tala Adi. Varnam revolving around Nayika complaining friend on Lord Krishna’s pranks.

It is said save the best for the last and that is what exactly happened when Shila Mehta herself performed Kathak.

While the poems of Atalji were being recited, I am sure the great man did look down from the heavens and blessed all the three goddesses of dance, because the way he was remembered that evening was indeed very special and unique. May Vajpayeeji’s soul rest in peace and may his poems inspire us forever.

The writer is a well-known ballroom dancer and a Bollywood choreographer who has been honoured with two National Excellence awards and a National Achievement Award by the Government of India. He can be contacted on sandipsoparrkar06@gmail.com